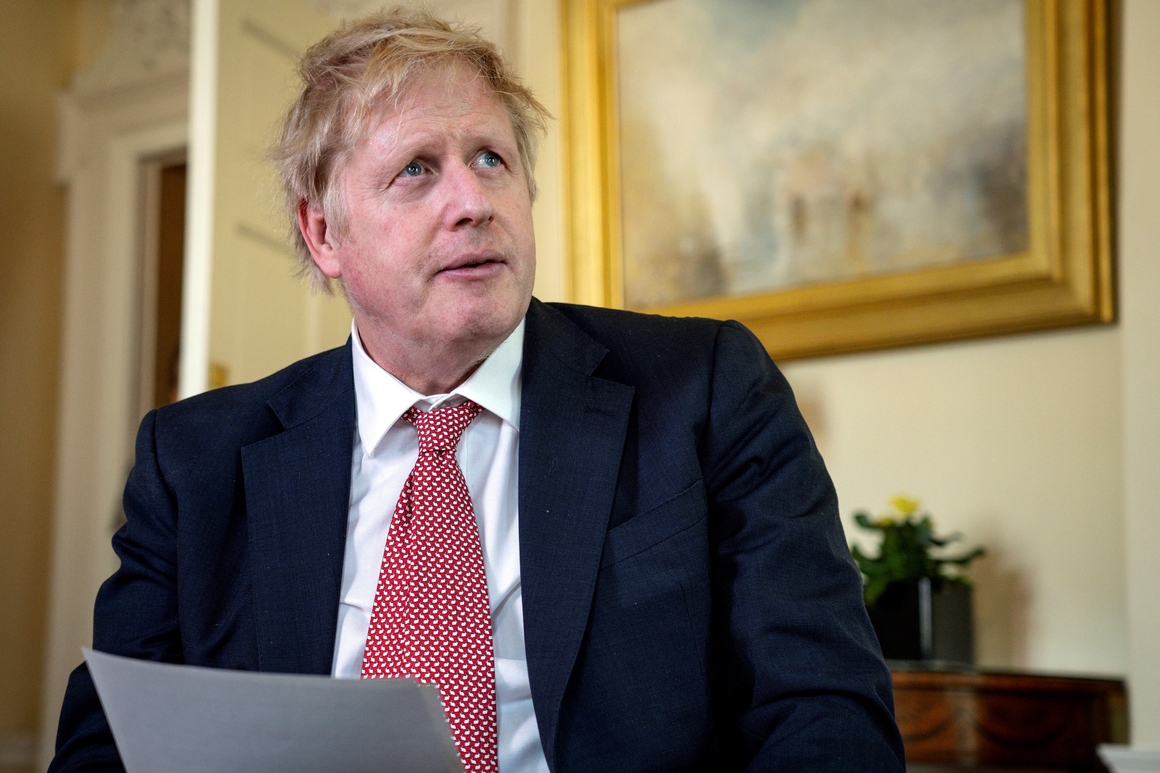 Make no mistake, the U.K. nearly lost its leader to Covid-19. That Johnson pulled through will be a bright spot for the country — but the bigger picture is dark indeed.

Earlier Sunday, one of the government’s top advisers on coronavirus, epidemiologist Jeremy Farrar, stated plainly in a BBC interview that the country is now on course to be “one of the worst, if not the worst-affected country in Europe.”

The U.K. government’s response has been called into question by many experts, with unfavorable comparisons drawn with other similar countries. Ministers have been dogged by criticisms that they failed to quickly ramp up testing capacity in late February and early March; that they introduced lockdown measures and social distancing too late; that politicians leading Britain’s response, including Johnson himself, appeared slow to recognize the seriousness of the threat. Even now there are numerous reports of frontline health workers not having adequate personal protective equipment.

The task facing Johnson, when he takes full charge of the government again after a period of recuperation, will be to restore confidence in the U.K.’s ability to weather the crisis.

Despite the global nature of the threat, his core message — as signaled by Sunday’s video statement — will be a singularly domestic one: To raise morale, to give a clear sense of purpose, to point to an area where the country’s response is strong by rallying the public around the “beating heart of this country,” the National Health Service.

The U.K.’s taxpayer-funded, free-at-the-point-of-use health service was once described as the closest thing the increasingly secular country has to a religion. On Easter Sunday, Johnson invoked the national faith.

Just days ago it was commonplace for commentators to ask whether the U.K. was going the way of Spain, where nearly 17,000 have died after contracting coronavirus, or Italy, which has lost nearly 20,000. That the country’s experience will be as bad, if not worse, no longer seems in question.

On Sunday, the number of recorded deaths in hospitals rose above 10,000, with 737 deaths reported that day, taking the total number of people who have died with Covid-19 in hospital to 10,612. The true figure of coronavirus deaths is likely to be higher, with fatalities in nursing homes and other care settings not recorded in the same way and only reported after a significant time lag.

A plateau in the number of new daily infections recorded suggests that lockdown and social distancing measures introduced three weeks ago are starting to “flatten the curve.” The increase in the number of people in hospital with Covid-19 also shows signs of slowing. But this appears to have come too late to spare the U.K. from the high mortality figures seen in the worst-hit countries and the government is yet to articulate a strategy for resuming daily life in any meaningful way.

The debate about how well the government responded to coronavirus has centered on how they can make up for past mistakes. Reflecting how quickly the mood is changing, the new leader of the opposition Labour party, Keir Starmer, who said only last week that he would work constructively with the government and only criticize when it was in the national interest to call out mistakes, said on Sunday that there would be “difficult questions about whether the government was too slow” in its initial response, though he added that now was not the time for the debate.

One area, however, where the government can point to positives is the NHS.

Efforts to increase capacity have been successful, Hancock said Sunday, adding that despite ever-rising case numbers, there are now more critical care beds available (2,295) than there were at the start of the outbreak. This is before east London’s NHS Nightingale Hospital — effectively a field hospital built in days by the armed forces — and six other such hospitals under construction around the country are taken into account.

“At the start of this crisis, people said the NHS would be overwhelmed. And we’ve seen that, and we’ve seen the risk of that elsewhere. But not here,” Hancock said, apparently referring to other countries’ experiences.

On the NHS, ministers clearly believe, the government still has a good story to tell, despite the ongoing criticism about the lack of protective equipment for healthcare workers. Johnson’s personal experience of its care has only amplified the message.

Long before the pandemic, Johnson had placed the U.K.’s health system at the heart of his political message. In his speech after winning a decisive victory in December’s election, Johnson said the NHS would be his government’s first priority after delivering Brexit.

Polls consistently showed the service, under pressure after years of austerity, was top of mind for many voters, surpassing even Brexit, and although health care was traditionally viewed as a Labour Party strength, Johnson hoped to reset the narrative.

If it was important before coronavirus, affection for the NHS has exploded through the crisis, with millions applauding healthcare workers on Thursday nights in symbolic shows of support.

“We are making progress in this national battle because the British public formed a human shield around this country’s greatest national asset — our National Health Service,” Johnson said Sunday. “We understood and we decided that if together we could keep our NHS safe, if we could stop our NHS from being overwhelmed, then we could not be beaten, and this country would rise together and overcome this challenge, as we have overcome so many challenges in the past.”

His Conservative party was once ambivalent about the health service; some in its ranks questioned whether the taxpayer-funded model (unthinkable for right-wingers in some national political cultures) was sustainable. No more.

However, with Johnson’s chief scientific adviser Patrick Vallance saying on Thursday that it could still be two weeks before the daily death toll begins to fall, the NHS — like every health system in the world — faces many dark days ahead.

**For deep analysis on how coronavirus is impacting the global economy, health care, supply chains, industry and more, request a trial of POLITICO Pro, POLITICO’s premium service for policy professionals.**