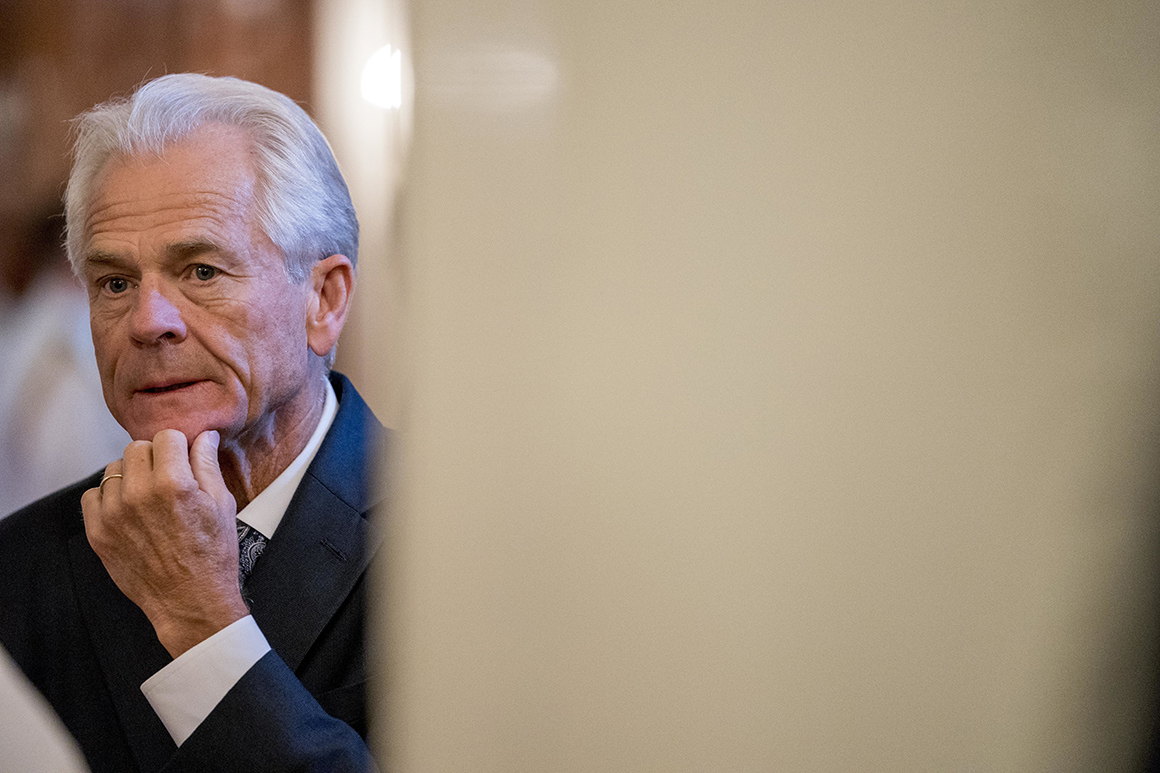 The efforts are more subtle than Commerce Secretary Wilbur Ross’ blunt declaration in January that coronavirus spreading abroad could “accelerate the return of jobs to North America.” But the message is the same: The U.S. needs to be less dependent on foreign markets in general — and China in particular.

The focus for now is on medicines and medical equipment. Free trade critics who have long criticized the outsourcing of manufacturing jobs for primarily economic reasons are now pointing out the issue is also a public health and national security concern.

Navarro, who is known for his staunchly critical views of China, called it “cynical” to say that White House officials saw any economic opportunity in the coronavirus epidemic. But in an interview he also noted that a major area of focus for him since the outbreak began has been to “look strategically about moving our supply chains on shore for our essential medicines so that the American public is safe and the U.S. economy is secure.”

“All we’re doing here is seeing the chess board,” Navarro said. “This is a case where, for our public health and economic and national security, we need to do just that.”

Navarro also has written memos on the coronavirus that he’s circulated to other White House officials, according to an administration official and an official from the National Security Council.

The renewed focus on America First for medical manufacturing is a sign of what could become a broader push as multinational companies face the prospect of crippled supply chains as the virus shutters factories around the globe.

With the crisis moving into its third month, major companies like Walmart and Apple are already reporting substantial financial impacts. The longer it goes on, those burdens are expected to increase. The hit is likely to be the hardest for companies producing goods like cars and cellphones that source a significant portion of their parts from China — parts that aren’t easily found elsewhere, said Scott Kennedy, a China analyst at the Center for Strategic and International Studies.

“Decouplers want to take advantage of this crisis to further their mission,” Kennedy said, using a term to describe those advocating for less integration between the U.S. and Chinese economies.

“If you favor decoupling, if that’s the side you come down on, this is a moment of deep concern because of all the vulnerabilities exposed,” said one person closely tracking the virus and its impact on businesses, who is in touch with the Trump administration about the issue.

“It’s also, I think, an opportunity to say … ‘We are reliant on this thing called China that is non-transparent, that isn’t above board,” this person added. “We have all our eggs in that basket, and we need to diversify now and for the future.”

As the outbreak continues, fears of a shortage of medicines, face masks and other protective gear are gaining traction. Stephen Hahn, the commissioner of the Food and Drug Administration, said Monday his agency is actively reaching out to medical product manufacturers around the globe and monitoring for potential shortages or disruptions to supply.

There have also been some calls on Capitol Hill for Congress to examine the U.S.’ medical product supply chains and consider legislation to address the issue.

“The degree to which some of our own manufacturers rely on China to produce life-saving and life-sustaining medications is inexcusable,” Sen. Josh Hawley (R-Mo.) wrote in a letter Monday to Hahn and Health and Human Services Secretary Alex Azar. “It is becoming clear to me that both oversight hearings and additional legislation are necessary to determine the extent of our reliance on Chinese production and protect our medical product supply chain.”

Amid the increasing furor, however, there is little expectation in the business community that supply chains will change overnight. Major multinational companies are slow to adapt, for one, and with a fast-moving disease like the coronavirus, the outbreak could easily descend anywhere factories are built.

Economic analysts also are quick to point out that the outbreak comes after two years of trade tensions between Washington and Beijing — and if the tariff war didn’t lead to a rethinking of a China-centric business model, then neither will the coronavirus.

“What they’re doing right now is holding their breath, frankly, that it’s not going to end up turning into a bigger thing,” said Rufus Yerxa, president of the National Foreign Trade Council, which represents major companies like FedEx and Walmart.

For majority of multinational companies, Kennedy said, “this crisis would have to go much, much longer for them to fundamentally rethink their China presence.”

Daniel Lippman and Meridith McGraw contributed to this report.