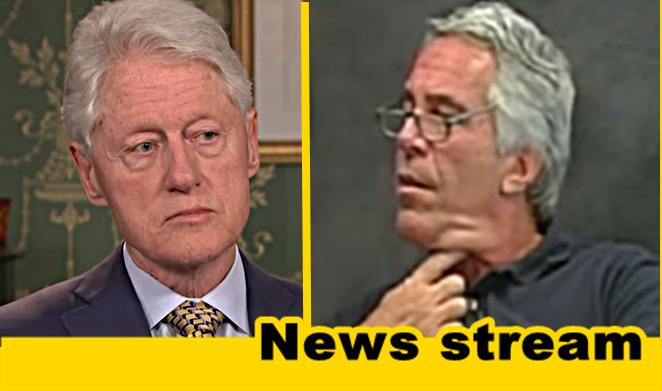 President Trump once predicted Bill Clinton’s relationship with Jeffrey Epstein would get him in trouble.

Now, it’s become clear from a breaking report from WND that Bill Clinton’s story on his relationship with Jeffrey Epstein is being contradicted and not adding up.

Her testimony contradicts Clinton’s statement earlier this week that he has never been to the island, known as Little Saint James, between St. Thomas and St. John in the U.S. Virgin Islands.

Epstein was forced to register as a sex offender in 2008 after receiving a lenient plea deal for allegedly paying girls for sexual massages. On Monday, a new indictment was unsealed charging him with molesting underage girls and sex trafficking.

Epstein accuser Virginia Roberts Giuffre, who was known as Virginia Roberts at the time, said in a 2014 lawsuit that while she saw Clinton on the island, she did not see him engage in sex, the New York Times reported in 2015. Her claim has not been corroborated.

“Almost every time that Clinton’s name is on the pilot logs there are underage girls, there are initials, and there are names of many many girls on that private plane,” said investigative reporter Conchita Sarnoff, the executive director of Alliance to Rescue Victims of Trafficking and the author of “Trafficking,” in a Fox News interview Monday night.

Fox News reported in 2016 that Epstein allegedly offered sex to underage girls aboard the jet, dubbed by tabloids the “Lolita Express.” An air hostess testified the plane had a bed where passengers had group sex.

Vanity Fair reported Tuesday that in the months before he ran for president, Donald Trump discussed with National Enquirer owner David Pecker how the Epstein sexual abuse scandal might affect the Clintons.

“Trump said that Pecker had told him that the pictures of Clinton that Epstein had from his island were worse,” recalled a former Trump organization employee.

On Monday, a Clinton spokesman issued a statement in response to the indictment: “President Clinton knows nothing about the terrible crimes Jeffrey Epstein pleaded guilty to in Florida some years ago, or those with which he has been recently charged in New York. In 2002 and 2003, President Clinton took a total of four trips on Jeffrey Epstein’s airplane: One to Europe, one to Asia, and two to Africa, which included stops in connection with the work of the Clinton Foundation.”

The spokesman also claimed that staff, supporters of the Clinton Foundation and Clinton’s Secret Service detail “traveled on every leg of every trip.”

“He had one meeting with Epstein in his Harlem office in 2002, and around the same time made one brief visit to Epstein’s New York apartment with a staff member and his security detail,” the spokesman said.

However, a March 1995 story by the Palm Beach Post reported then-president Clinton attended a three-hour dinner with a “very select group of people” at the Palm Beach home of business magnate Ron Perelman that included Epstein.