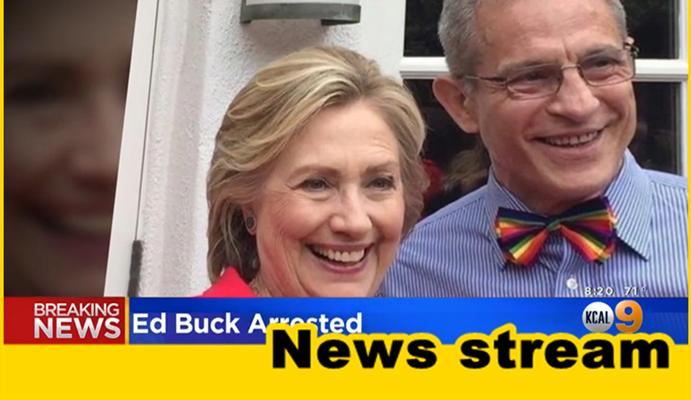 Per CBS, Political donor Ed Buck was charged Tuesday with allegedly running a drug den out of his West Hollywood apartment and providing methamphetamine to a 37-year-old man who suffered an overdose last week, the Los Angeles District Attorney’s Office said.

The 37-year-old man injected with methamphetamine survived the Sept. 11 incident, prosecutors say. However, at least two other men have been found dead in Buck’s home from overdoses in recent years.

“With this new evidence, I authorized the filing of criminal charges against Ed Buck,” Los Angeles County District Attorney Jackie Lacey said in a statement.

“From his home, in a position of power, Buck manipulates his victims into participating in his sexual fetishes,” prosecutors wrote in court papers, according to the Times.

Buck’s bail was set at $4 million, and he is due in court Wednesday. He faces a possible maximum sentence of five years and eight months in state prison if convicted, prosecutors say.