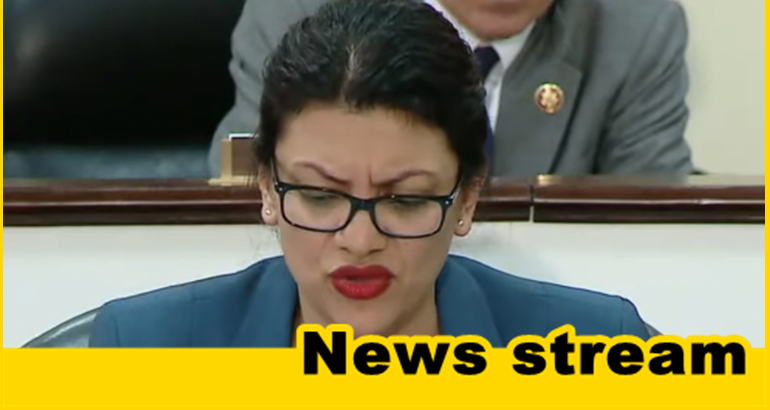 The House Ethics Committee is probing a complaint against Rashida Tlaib regarding paychecks collected from her campaign after Election Day in violation of campaign finance laws.

The “squad” member has been leading impeachment rallies and selling “Impeach the MFer” T-shirts.

WashingtonExaminer reports the House Ethics Committee announced Monday that it is reviewing a complaint against Rep. Rashida Tlaib, who has gained notoriety as a member of the group of far-left freshman congresswomen known as “The Squad.”

The committee did not disclose the nature of the complaint against Ms. Tlaib, Michigan Democrat. But she has faced questions recently about collecting paychecks from her campaign after Election Day in violation of campaign finance rules.

Campaign records showed that Ms. Tlaib paid herself $17,500 in salary after the midterm elections, in what appeared to be a violation of the rules, according to a report in March by The Washington Free Beacon.

Federal Election Commission rules prohibit candidates from paying themselves out of campaign coffers after the election or whenever the campaign ends.

The complaint against Ms. Tlaib was forwarded to the committee by the Office of Congressional Ethics, an independent, non-partisan office crated by the House to receive and review allegations of misconduct and determine if they are worthy of review by the Ethics Committee.

Per Time, a spokesman for Tlaib called the complaint politically motivated. Tlaib, part of the “squad” of freshman women of color in the House, is an outspoken critic of President Donald Trump and has been the focus of repeated attacks from Trump and other Republicans.

“Representative Tlaib fully complied with the law and acted in good faith at all times,” said Denzel McCampbell, a spokesman for Tlaib.