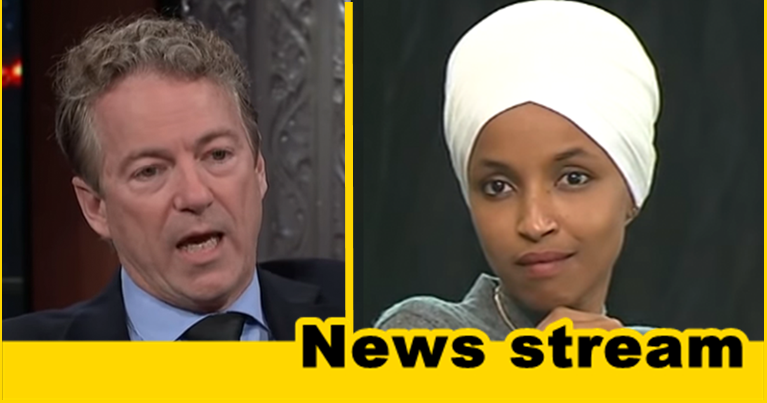 Discussing Ilhan Omar, Rand Paul told Breitbart “I’m not saying we forcibly send her anywhere…I’m willing to contribute to buy her a ticket to go visit Somalia. I think she can look and maybe learn a little bit about the disaster that is Somalia.”

The senator told Breitbart that in the city of Bowling Green, where he lives, there are many immigrants and refugees who are great citizens, but that those people are thankful to be in America.

“Then I hear Rep. Omar say, ‘Oh, America is a terrible place, there is no justice here,’” Paul said. “Well, she came here and we fed her, we clothed her, she got welfare, she got school, she got healthcare, and then, lo and behold, she has the honor of actually winning a seat in Congress, and she says we’re a terrible country? I think that’s about as ungrateful as you can get.”

Per USAToday, the Kentucky Republican then criticized the East African country for having “no capitalism” or “God-given rights” under in a constitution. He said Omar “might come back and appreciate America more” after visiting Somalia.

Now Ilhan Omar has retaliated by retweeted a post by Tom Arnold suggesting Rand Paul deserved to be brutally assaulted by his neighbor.

Per DailyCaller, Paul was tackled from behind by his next door neighbor, 59-year-old Rene Boucher, while mowing his lawn in November 2017. Paul suffered 6 broken ribs and a pleural effusion during the attack and had to take time away from Congress.

Boucher pleaded guilty to a felony assault charge and was sentenced to 30 days in prison, and Paul was given $580,000 in damages.

Several left-wing commentators and politicians mocked Paul after the attack, asserting that he either deserved to be seriously injured or that the assault proves that he is weak.

Omar has previously complained that she has received more death threats since President Donald Trump criticized the freshman Democratic “squad,” and accused Republican Texas Rep. Dan Crenshaw of inciting violence against her by criticizing her comments about America.