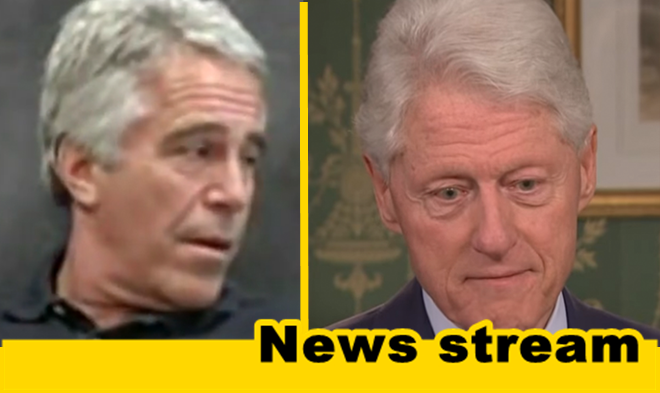 Per NBC, Jeffrey Epstein, the millionaire financier who is being held on federal sex trafficking charges, was found injured and in a fetal position in his cell at a New York City jail, sources close to the investigation told NBC News on Wednesday night.

Epstein, 66, was found semi-conscious with marks on his neck in his cell at the Metropolitan Correctional Center in Manhattan some time in the last two days, the sources said. Epstein is on suicide watch, two sources said.

Two sources told NBC News that Epstein may have tried to hang himself, while a third source cautioned that the injuries weren’t serious, questioning whether Epstein might have staged an attack or a suicide attempt to get a transfer to another facility.

Another source said that an assault hadn’t been ruled out and that another inmate, identified by sources as Nicholas Tartaglione, had been questioned.

In 2015, Chauntae Davis spoke with Inside Edition. She was the air hostess onboard the notorious private jet, Lolita Express, which was owned by Epstein and frequented by Bill Clinton, who once went shopping with her.

Days after Jeffrey Epstein’s arrest on sex-trafficking charges in New York, Bill Clinton distanced himself from the high-flying financier and convicted sex offender. The former president owned up to just six encounters with Epstein, starting in 2002: four flights on the billionaire’s private jet, a single trip to his Harlem office, and one “brief visit” to his New York apartment, all with staff and security detail in tow.

Now, a Daily Beast investigation has uncovered ties between Epstein and the Clinton administration that date back to the president’s earliest days in the White House, casting doubt on the oft-circulated narrative that the two only began associating after Clinton left office.

As early as 1993, records show, Epstein donated $10,000 to the White House Historical Association and attended a donors’ reception hosted by Bill and Hillary Clinton. Around the same time, according to a source familiar with the connection, Epstein visited presidential aide Mark Middleton several times at the White House. Two years later, businesswoman Lynn Forester de Rothschild wrote a personal letter to Clinton thanking him for their talk about the financier.

“President Clinton knows nothing about the terrible crimes Jeffrey Epstein pleaded guilty to in Florida some years ago, or those with which he has been recently charged in New York,” Clinton’s spokesperson, Angel Ureña, told The Daily Beast. “Any suggestion to the contrary is both factually inaccurate and irresponsible.”

Representatives for Epstein, de Rothschild and Middleton did not respond to multiple requests for comment.

Dinner At The White House

How Epstein entered Clinton’s orbit remains unclear. When the president released his initial statement on Epstein, he did not explain the multiple other trips he appears to have taken on the financier’s plane—including one flight to Westchester with Epstein, his alleged madam Ghislaine Maxwell, and an “unnamed female.”

Clinton also failed to mention the intimate 1995 fundraising dinner at the Palm Beach home of Revlon mogul Ron Perelman, where Clinton hobnobbed with the likes of Epstein, Don Johnson, and Jimmy Buffett. (Nearby, at Epstein’s own Palm Beach mansion, the money man allegedly abused hundreds of underage girls.)

The two were clearly chummy by the early Clinton Foundation years, as attested to by a 2002 photo of Epstein and Clinton in Brunei that appeared in Vicky Ward’s 2003 profile of the financier. In a 2002 piece for New York magazine about the Africa trip, Clinton praised Epstein as a “highly successful financier and a committed philanthropist.”

Politico recently claimed that Clinton and Epstein connected in the first few years after the president left office. Citing “people who know those involved,” the article pegged Maxwell as the glue connecting the two men, and Clinton’s daughter, Chelsea, as the tie between the president and the British socialite. Politico noted that Maxwell had vacationed with the Chelsea in 2009, attended her wedding in 2010, and participated in the Clinton Global Initiative as recently as 2013. (A Clinton spokesperson denied Chelsea and Ghislaine were close.)

Documents in the Clinton Library, however, attest to much earlier links between Maxwell, Epstein, and the Clinton White House.

In late September of 1993, Bill and Hillary Clinton hosted a reception for supporters who had contributed to recent White House renovations. The nearly $400,000 overhaul—which included new gold draperies and a 13-color woven rug for the Oval Office—was funded entirely by donations to the White House Historical Association, a private organization that helps preserve and promote the White House as a historical monument.

The reception took place at the White House residence from 7:30 to 9:30 p.m., according to a copy of the president’s daily schedule. White House Social Secretary Ann Stock—who appears in Epstein’s little black book of phone numbers—was listed as the point of contact. According to multiple attendees, the evening included an intimate tour of the newly refurbished residence, followed by a receiving line with the president and first lady. Dessert was served in the East Room, where the couple thanked everyone for attending and announced the Committee for the Preservation of the White House.

Guests for the event, according to the invitation list, included the journalist and philanthropist Barbara Goldsmith, heiress Jane Engelhard, political consultant Cynthia Friedman, and “Mr Jeffrey Epstein and Ms. Ghislaine Maxwell.” Epstein and Maxwell do not appear on the ‘regret list,’ and there is a letter ‘A’ next to both of their names, indicating they planned to attend. A press release from the event, put out by Hillary Clinton’s office, lists Epstein as a White House Historical Association donor.

Attorneys for Epstein did not respond to repeated requests for comment.