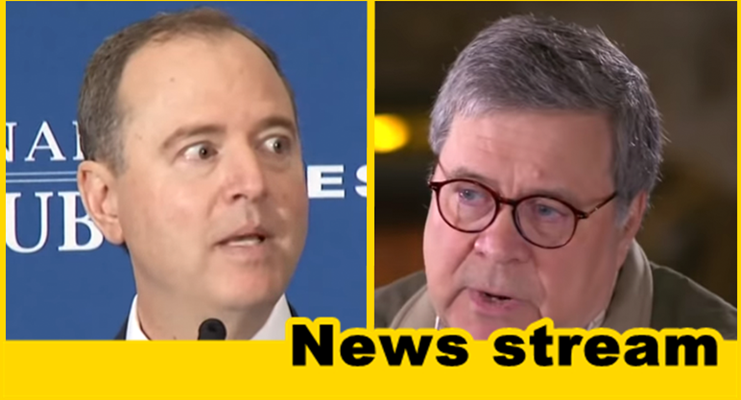 According to a bombshell report from Catherine Herridge of Fox News, the “whistleblower” failed to disclose contact wiht the House Intel Panel to the IG.

The form submitted by the complainant required him to disclose all contacts he had regarding his allegations. If he failed to disclose those interactions with Schiff before filing the complaint, he could be subject to felony false statement charges.

The form submitted by the complainant required him to disclose all contacts he had regarding his allegations. If he failed to disclose those interactions with Schiff before filing the complaint, he could be subject to felony false statement charges. https://t.co/QGFh9vNFvC pic.twitter.com/aOXUpotkNl

Breitbart reports the partisan CIA officer behind a so-called “whistleblower” complaint about President Donald Trump’s telephone call with the leader of Ukraine reportedly did not disclose his communications with a House Intelligence Committee staffer to the Intelligence Community inspector general.

According to Fox News reporter Catherine Herridge, inspector general Michael Atkinson told lawmakers that he had “no knowledge” of the officer’s contacts with the House Intel panel aide. This week, a New York Times report revealed that the officer and staff member first discussed the allegations against the president before the inspector general received the complaint.

Per Catherine Herridge: IC Inspector General told lawmakers the whistleblower did not disclose contact w Schiff/Committee staff – so IG never looked into it. IG “had no knowledge of it”.

One Twitter user responded to Bream “So the whistleblower lied on the form. Good to know.”

The Times reported that the staffer shared several of the officer’s claims with House Intelligence Committee Chairman Adam Schiff (D-CA). The California Democrat is under fire for erroneously claiming in a recent interview that “we have not spoken directly with the whistleblower.”

“We have not spoken directly with the whistleblower. We would like to,” Schiff told MSNBC contributor Sam Stein when asked if the two had ever spoken. “But I am sure the whistleblower has concerns that he has not been advised, as the law requires, by the inspector general or the director of national Intelligence just how he is supposed to communicate with Congress, and so the risk to the whistleblower is retaliation.”

In a statement earlier this week, a spokesperson for the House Intelligence panel acknowledged Schiff’s response to Stein’s question “should have been more carefully phrased.”

“Regarding Chairman Schiff’s comments on ‘Morning Joe,’ in the context, he intended to answer the question of whether the Committee had heard testimony from the whistleblower, which they had not,” said the spokesperson. “As he said in his answer, the whistleblower was then awaiting instructions from the acting [director of national intelligence] as to how the whistleblower could contact the Committee. Nonetheless he acknowledges that his statement should have been more carefully phrased to make that distinction clear.”