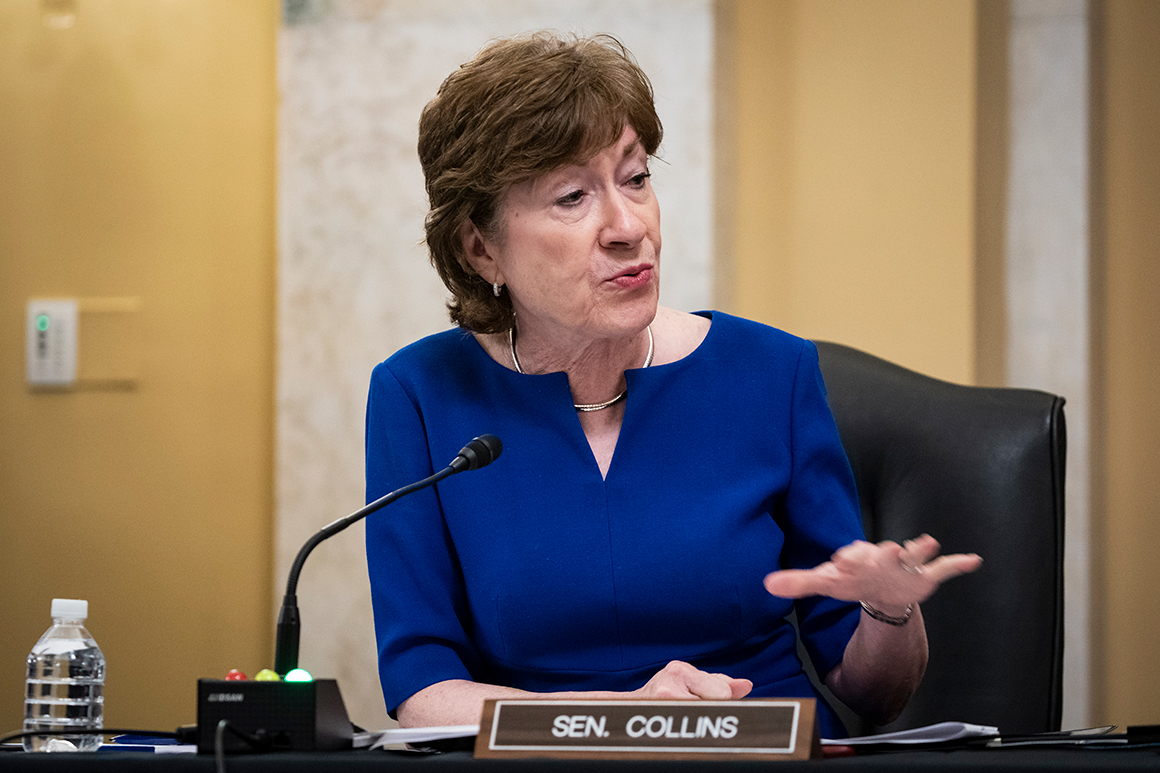 “Our members want us back on the field, and the stakes of this election are very high for the business community,” said Scott Reed, the senior political strategist at the Chamber. Reed called these ads the “first wave” and said these particular races where were they thought they could have the “biggest impact early.”

The ad in Maine launches Tuesday and amplifies Collins’ rating as the most bipartisan senator by The Lugar Center, which Collins’ campaign has also promoted heavily. A narrator also touts her role in passing legislation to aid small businesses struggling amid the coronavirus. Collins is likely to face Democrat Sara Gideon, the speaker of the state House, who is the frontrunner in the July primary. Maine has so far seen more TV spending from both parties than any other Senate race in the country.

The ad in Colorado launches Wednesday and also focuses on the coronavirus, with a narrator saying the pandemic shut the state down, but “now we’re starting to move again with a running head start thanks to Sen. Cory Gardner.” The narrator praises Gardner for working on helping promote skills training for high-tech jobs. Gardner, perhaps the most vulnerable Republican incumbent, is likely to face former Gov. John Hickenlooper, the favorite in this month’s Democratic primary.

The ad in North Carolina, which is not yet available online, will run starting Thursday and promotes Tillis by praising him for working on high-paying jobs for military veterans. Tillis is facing Democrat Cal Cunningham.

Reed said that with these Senate races gaining new attention heading into the summer, and with states beginning to focus on reopening their economies as the pandemic response continues, “We think now is the time to strike.”

Polling shows each of these races to be competitive, with Democrats either running ahead or even with the Republican incumbents. Republicans have been hammered on the airwaves by Democratic outside groups so far this cycle, and the new ads from the Chamber could be a positive boost to the images of the three senators, with investments in other races likely to come down the road.

The ads are a seven-figure buy across the three states, though details about spending in each individual race were not provided. The Chamber is spending at least $605,000 on the ad in Maine, according to data from Advertising Analytics.