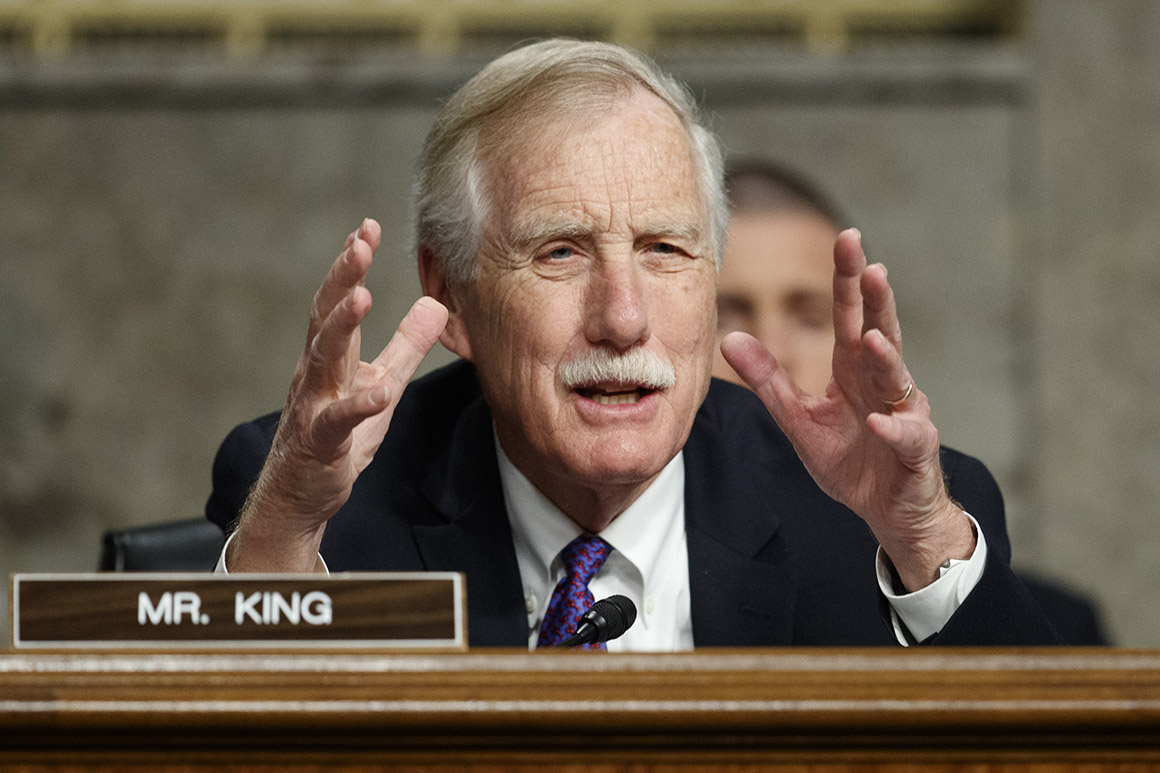 King, who sits on the powerful Senate Intelligence Committee, said officials such as Acting Director of National Intelligence Richard Grenell and Atkinson himself — whom Trump fired late Friday night — should be put under oath.

“It should be an open hearing to have members of the administration come forward and provide an explanation,” King, who caucuses with the Democrats, said in a phone interview, calling Trump’s decision to fire Atkinson “terrible on a lot of levels.”

Trump has defended the firing, telling reporters on Saturday during a White House coronavirus task force briefing that the longtime public official was a “total disgrace” for the way he handled a whistleblower complaint that led to the president’s impeachment.

But King cautioned that even a public hearing might not yield many answers because “this was a decision made principally by the president, probably without consulting much of anyone else.”

“We don’t need to know why he did it — he said it. The president yesterday said it!” King quipped.

A spokeswoman for Senate Intelligence Committee Chairman Richard Burr (R-N.C.) did not immediately respond to a request for comment on the panel’s plans. The Senate is scheduled to return to regular session on April 20, but several senators have cast doubt on that timeline given the ongoing coronavirus pandemic. Senate Majority Leader Mitch McConnell (R-Ky.) has yet to comment on Atkinson’s removal.

Meanwhile, Atkinson released a lengthy statement Sunday night about his firing, asserting that Trump removed him simply for doing his job.

“It is hard not to think that the president’s loss of confidence in me derives from my having faithfully discharged my legal obligations as an independent and impartial Inspector General,” Atkinson wrote.

Democrats have condemned the firing as an abuse of power and a brazen act of politically motivated retribution by a president emboldened after the Senate acquitted him in his impeachment trial. Republicans have been tepid in their criticism of the action, but some, including Sen. Chuck Grassley of Iowa, said the firing “demands an explanation,” while others largely deferred to the president’s unorthodox leadership style.

“Obviously those people serve at the pleasure of the president and as is usually the case, it’s not something that we have any control over,” said Sen. John Thune (R-S.D.), the GOP whip. “The president made it pretty clear why he did. But he has the prerogative. We don’t always have to agree with his actions. As we’ve learned in the past he’s going to do what he’s to do.”

Thune said it was too early to assess whether the firing was unwarranted: “I want to talk to the people who are close to it and get some context on it. I don’t understand it at this point. But that’s a question for another day when I can figure out what went into it.”

“I think we should get more detail. I agree with that,” she said. “It’s such an odd time it’s hard to say how we’re going to get that info — I mean, you know what kind of priority that information is going to have — but I think that’ll all come out.”

Sen. Josh Hawley (R-Mo.), a top Trump ally, said he was more consumed with reforming the foreign surveillance courts than Atkinson’s firing. But he also made clear it didn’t trouble him, either: “I don’t necessarily have any issues with it.”

“My view is that this is the president’s decision, it’s a decision that’s his to make. It doesn’t give me enormous heartburn,” Hawley said in an interview on Monday. “It’s not the main issue.”