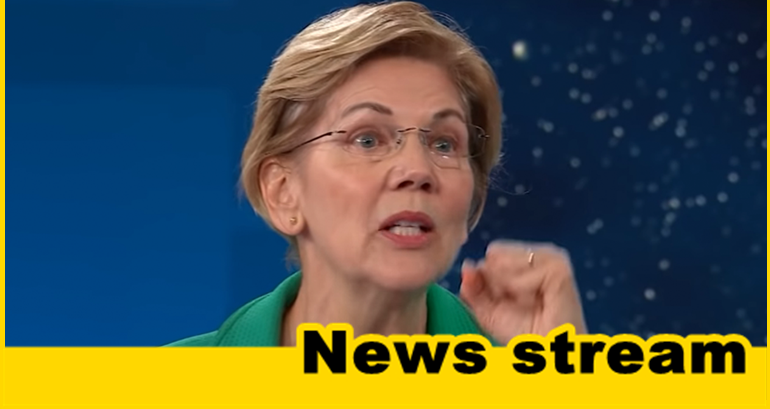 Per Fox News, we already know a video appears to contradict Democratic presidential candidate Elizabeth Warren’s claim that she was fired from teaching job after becoming ‘visibly pregnant.’

Now Freebeacon reports the Riverdale Board of Education approved a second-year teaching contract for a young Elizabeth Warren, documents show, contradicting the Democratic presidential candidate’s repeated claims that she was asked not to return to teaching after a single year because she was “visibly pregnant.”

Minutes of an April 21, 1971, Riverdale Board of Education meeting obtained by the Washington Free Beacon show that the board voted unanimously on a motion to extend Warren a “2nd year” contract for a two-days-per-week teaching job. That job is similar to the one she held the previous year, her first year of teaching. Minutesfrom a board meeting held two months later, on June 16, 1971, indicate that Warren’s resignation was “accepted with regret.”

Warren’s claim that she was dismissed after her first year of teaching because she was pregnant has become a cornerstone of her stump speeches. She has used it to both explain her jump from teaching into the legal world as well as to showcase the difficulties that women face in the workplace. The principal of the school she worked at in the early 1970s, Warren has said, “showed [her] the door” at the end of the school year because she was “visibly pregnant.”

Warren’s campaign did not respond to a request for comment on the board of education records.

The documents emerge at a time when Warren’s campaign has surged. Ahead of the fourth Democratic debate next week, the Massachusetts senator is running neck and neck with former vice president Joe Biden. The RealClearPolitics polling average shows her trailing Biden by just 0.3 percent nationally and leading him by 2.7 percent in Iowa.

Boosted by a strong campaign apparatus and a bevy of detailed policy proposals, Warren has succeeded in positioning herself as the progressive choice for Democratic voters. In recent weeks, she has appeared to elbow out Bernie Sanders, her chief rival for the party’s most liberal voters. Sanders suffered a heart attack last week, a setback that temporarily derailed his campaign.

Warren’s claim about her dismissal from the Riverdale Elementary School came under scrutiny last week when the journalist Meagan Day of Jacobin magazine noted that Warren’s story appeared to have changed over the years. Day pointed to a 2007 interview Warren gave at the University of California-Berkeley in which she suggested that she left her teaching job after realizing the graduate school classes required for her to obtain a teaching certificate weren’t going to “work out for [her].”

“I went back to graduate school and took a couple of courses in education and said, ‘I don’t think this is going to work out for me,’” Warren said in the 2007 interview. “I was pregnant with my first baby, so I had a baby and stayed home for a couple of years, and I was really casting about, thinking, ‘What am I going to do?’ My husband’s view of it was, ‘Stay home. We have children, we’ll have more children, you’ll love this.’ And I was very restless about it.”

Warren’s book, A Fighting Chance, published a year after she was sworn in as a senator in 2013, tells something of a different story, though the two aren’t necessarily incompatible. “By the end of the school year, I was pretty obviously pregnant,” Warren wrote in the book. “The principal did what I think a lot of principals did back then—wished me good luck, didn’t ask me back the next school year, and hired someone else for the job.”