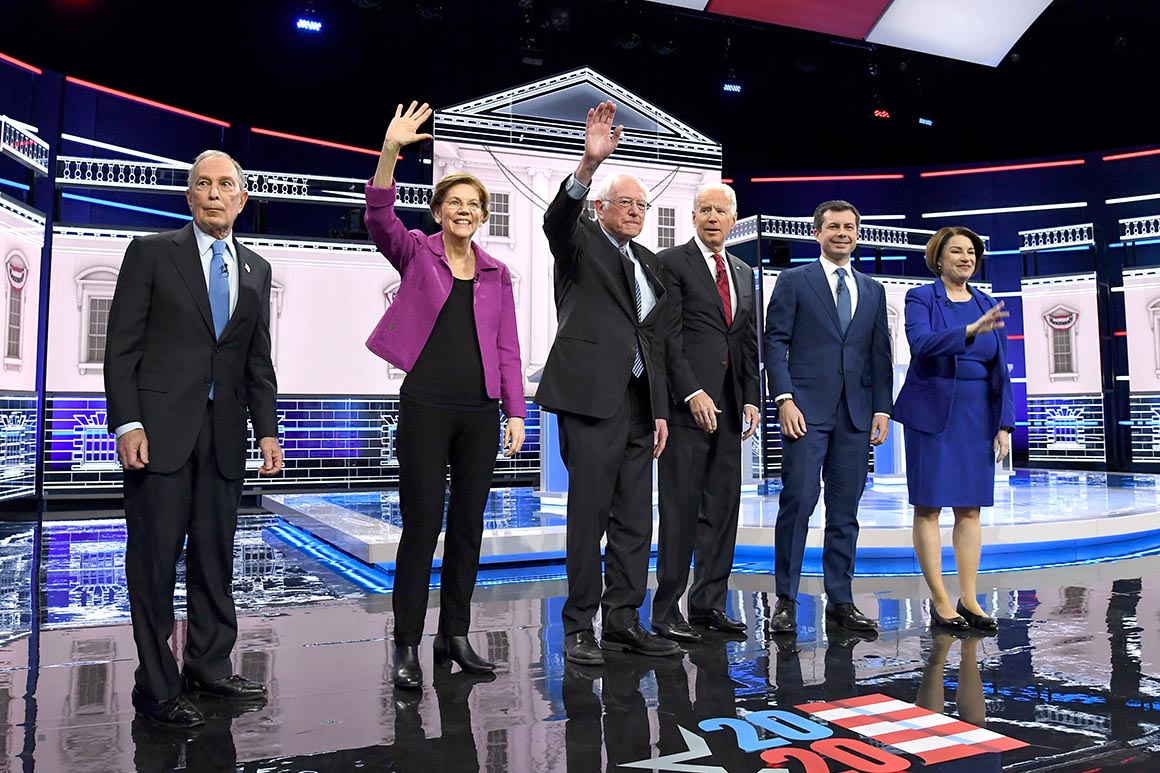 The cash crunch comes at a critical time in the race, with nearly one-third of the delegates available in the primary up for grabs on Super Tuesday on March 3 — and only a handful of candidates able to marshal resources to advertise to voters in those 14 states. It’s why super PACs, demonized at the beginning of the 2020 primary, are suddenly jumping in to assist most Democratic candidates, and it’s why the campaigns are now making ever more urgent pleas for financial help.

On Thursday, Buttigieg issued a new call for money to his supporters, asking them to give $13 million to keep his campaign competitive after he raised just $6.2 million in January.

“We are now also up against a billionaire who is throwing colossal sums of money on television instead of doing the work of campaigning,” Buttigieg wrote in an email to supporters. “We need to raise a significant amount of money — about $13 million — before Super Tuesday on March 3rd in order to stay competitive.”

Bloomberg, fellow billionaire Tom Steyer and Sanders are the only candidates with more than $1 million in television advertising time already booked in the coming days in Super Tuesday states. Klobuchar has reserved about $874,000 so far in smaller states, skipping California and Texas, while Warren is advertising in smaller amounts in Colorado and Maine. Buttigieg has yet to reserve any TV ads beyond the South Carolina primary.

Meeting the $13 million goal would require Buttigieg to bring in more than $1 million per day until his self-imposed deadline.

“There are only a couple candidates out there with the funds to compete in all of those Super Tuesday states,” said Ami Copeland, deputy national finance director for Obama’s 2008 campaign. Other campaigns “have to fight among themselves for the smaller states.”

That made Warren’s strong debate performance Wednesday night especially important for her campaign, which said it raised over $5 million in less than 24 hours — a much-needed influx and her best fundraising day to date.

Meanwhile, single-candidate super PACs supporting Warren and Klobuchar have started airing ads in South Carolina and Nevada — after the candidates, especially Warren, have spent months decrying the influence of big money in politics. VoteVets, a super PAC that supports veterans and has endorsed Buttigieg, is airing ads backing him in the race.

Several major Buttigieg donors flocked to VoteVets in January, according to the new financial disclosures. They include Swati Mylavarapu, the finance chair of Buttigieg’s campaign, and Buttigieg bundler Hamilton James, executive vice chairman of the private equity giant Blackstone, who gave $50,000 and $15,000 respectively to the VoteVets PAC last month as it began aiding him on the airwaves.

Buttigieg raised less money from small-dollar donors in January than in previous months: 29 percent of his funds came from donors giving $200 or less, a drop from the 45 percent overall in 2019. The former mayor has been furiously raising money at high-dollar fundraisers in between campaign trail stops, including a four-event swing through the San Francisco Bay Area in the days following the New Hampshire primary.

Only one of the non-billionaire candidates could afford to spend heavily preparing for the Feb. 3 Iowa caucuses and still have cash to spare: Sanders.

Sanders spent $26.5 million in the month of January, airing television ads and paying a staff of more than 1,000 people while still keeping enough in the bank to jump into California and Texas media markets ahead of most of his rivals.

The next biggest-spending campaign, Warren’s, spent nearly all of its available cash in January, shelling out $22 million and entering February with only $2.3 million cash on hand. The Warren campaign has a particularly large staff of more than 1,200 people, which cost $8.6 million in salary and payroll taxes in January alone.

Warren has also had to shuffle her television ad reservations in South Carolina and Nevada, cutting overall ad spending. Warren’s campaign was in such financial need that it took out a $400,000 loan in January, disclosures show.

But her campaign is now taking outside help that could offer it a lifeline: On Wednesday, a new super PAC, Persist PAC, began reserving seven figures worth of TV ads, boosting Warren’s campaign with an ad highlighting her experience at the Consumer Financial Protection Bureau.

Asked on Thursday if she would call on the super PAC to take the ads down, Warren declined to disavow the new group, despite her earlier opposition to super PACs in the race.

“If all the candidates want to get rid of super PACs? Count me in, I’ll lead the charge. But that’s how it has to be,” Warren told reporters.