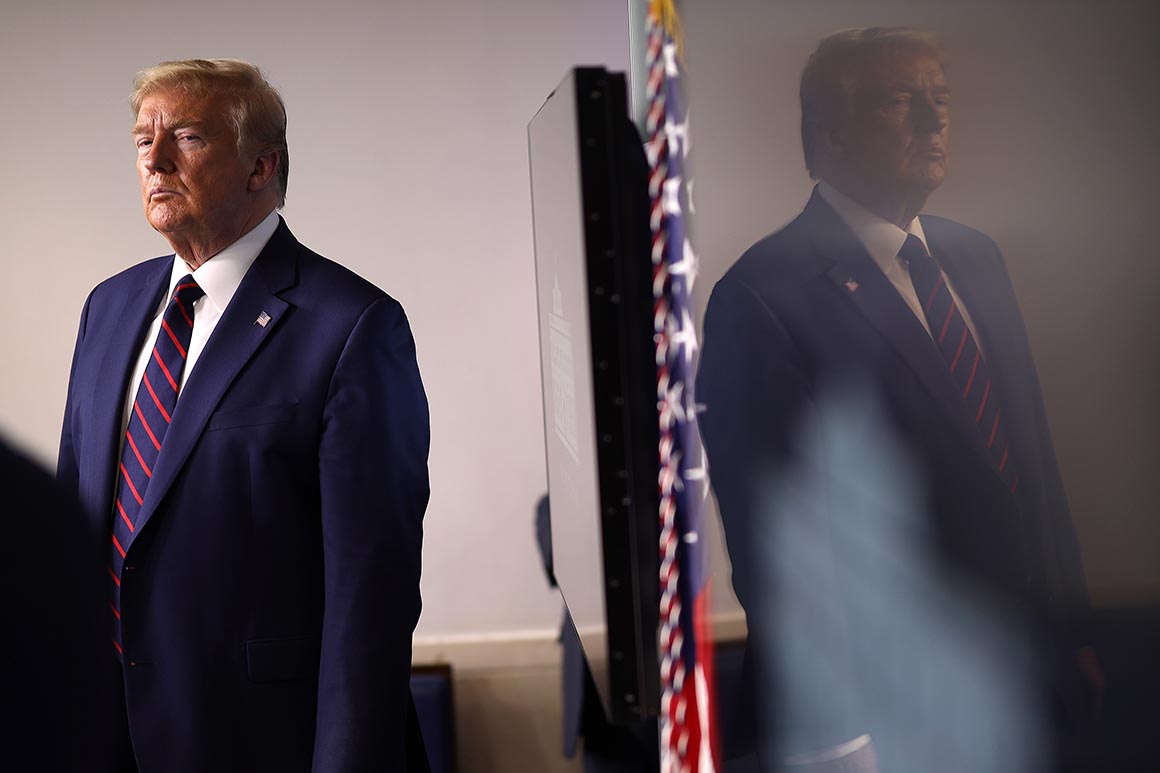 Despite the time some administration officials have invested in poring over historical reference points, the scale of Covid-19 — which continues to spread like wildfire across the tri-state area and has already surpassed the death toll of 9/11 — is so sudden and astonishing it’s nearly impossible to predict exactly how it will unfold, regardless of what history forebodes.

“The precedents don’t necessarily fit,” said Matthew Costello, a White House Historical Association historian and American University lecturer. “This is something that has moved with such speed, I really can’t think of another historical comparison.”

“When I think about past presidents who have led us into war, most times there were other designs in place or it was provoked,” he added, citing Trump’s recent efforts to cast the viral pandemic as “a medical war.”

As Trump joins the ranks of previous wartime leaders, however, the enemy he is fighting is strikingly unfamiliar: a lethal pathogen that forced Americans into battle with minimal preparation and limited visibility into where this war might take them. Hardly anyone envisioned shelter-in-place orders or deserted streets in major cities when the U.S. recorded its first Covid-19 death at the end of February.

At the time, political pundits were still discussing the impact of impeachment on Trump’s reelection chances. The president himself was fresh off a campaign rally in South Carolina, which he arranged much to the chagrin of the 2020 Democrats competing in a primary that was still in full swing. And White House aides were still celebrating the February jobs report – its expectation-shattering numbers convincing them of their own job security for another four years.

“This is a freak crisis that no one saw coming and I can’t pretend to know what it means for this country, now or in the future,” said one Republican close to the White House.

One of the top challenges Trump and his aides face as they look to history for counsel is that waging war against an “invisible enemy” means there is no clear catalyst, as Costello suggested.

Bush announced Operation Enduring Freedom against Taliban forces in Afghanistan only after terrorists attacked the World Trade Center and the Pentagon. President Woodrow Wilson waited two years after winning reelection with the slogan “he kept us out of war” to initiate America’s entry into World War I, a decision he made after German forces resumed submarine warfare in the British Isles. Roosevelt declared war against the Great Depression four years after Black Tuesday, while the American economy remained paralyzed and unemployment hovered around 25 percent.

But for Trump, there is no precipitating event — no Civil War, Pearl Harbor, Sept. 11 or Bay of Pigs — that will irreversibly shape his legacy as it relates to the Covid-19 pandemic. He lacks a singular moment he can point to in Rose Garden appearances or campaign ads to rally the public behind this “war.” Instead, he is stuck with wild stock market fluctuations and a rolling death count, all while he gets attacked by his political opponents for a long string of loose comments downplaying the risks of the novel coronavirus in January and February.