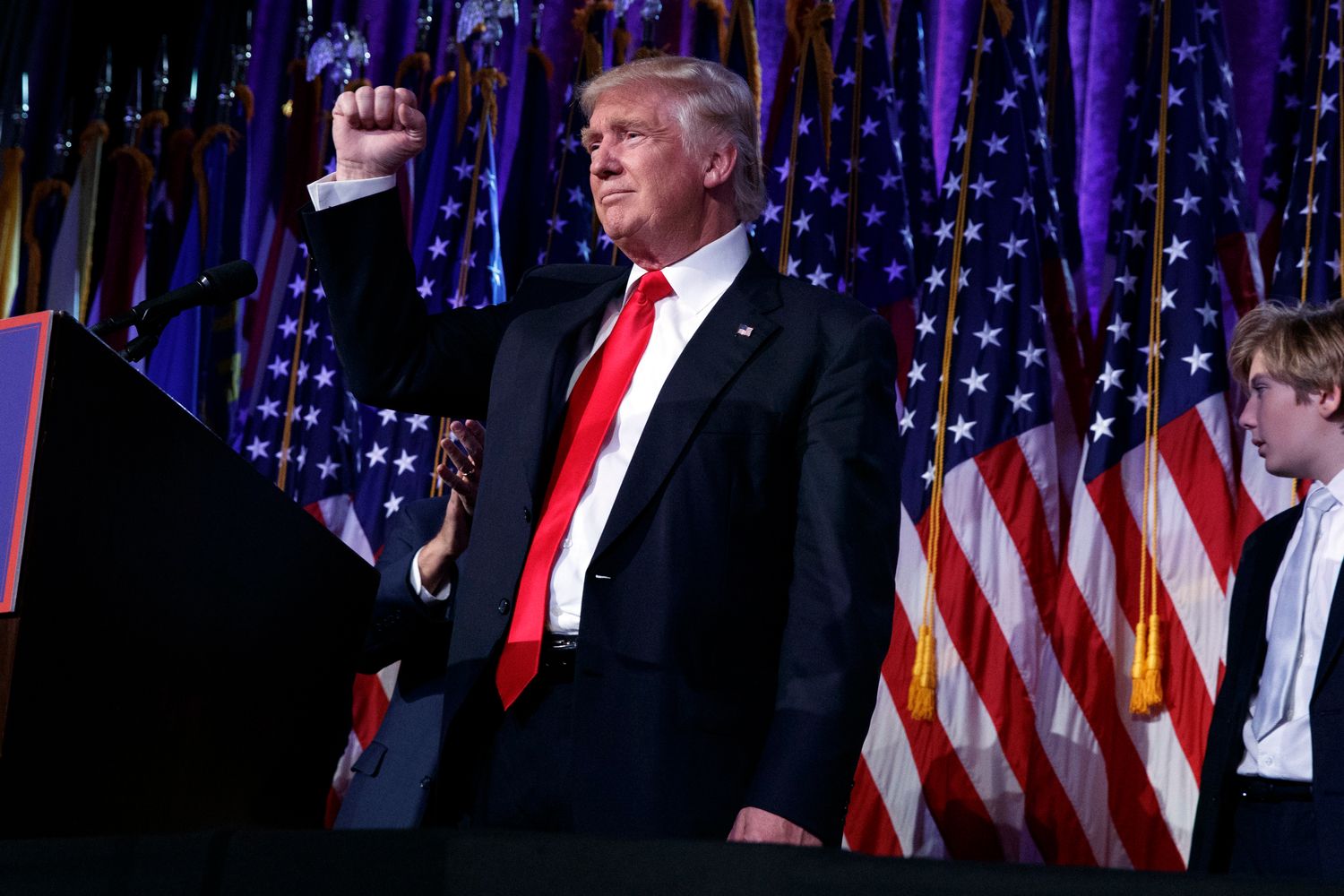 “I’m not confident at all. I think the easiest way to ensure Trump’s reelection is to be overconfident. Too many Democrats are looking at national polls and finding them encouraging,” said Sen. Chris Coons, (D-Del.), a close ally of Joe Biden. “Too many Democrats assumed that Hillary Clinton was a shoo-in and didn’t vote or didn’t work.”

Chaos. Confusion. Hours-long lines. That’s what we saw in Georgia’s primary election — and likely what we’ll see in New York and Kentucky this week.

Rep. Debbie Dingell (D-Mich.), who calls herself “Debbie Downer” for repeatedly raising the alarm in Democratic circles, said she heard directly from people in her district that they plan to vote for Trump in 2020.

“Everyone will roll their eyes and say, ‘that’s Debbie.’ But I was right in 2016,” Dingell said in an interview.

She was among the few Democrats to warn that Hillary Clinton was on track to lose Michigan: “Anybody who believes the polls right now is overconfident.”

That sentiment reflects how uncertain the arc of the Trump presidency really is. But it also illustrates how painful the past four years have been for the Democratic Party.

Apart from winning the House back in 2018 and saving Obamacare, there has been little good news. Democrats have been steamrolled on tax cuts and Supreme Court picks and they face a brutal deficit on lower-level courts. Their impeachment effort led to a near unanimous acquittal in the Senate by the GOP, empowering the president to oust witnesses who testified against him from their government posts. He’s acted with near impunity since.

Surveys are struggling to convey the extent of Trump’s support with his base: White voters without a college education. So to many Democrats, even if Biden were up 20 points in every state they would not acknowledge the forthcoming landslide.

Most polls during the 2016 contest showed Clinton handily beating Trump in Minnesota, for example. Ultimately, she won by barely more than a point and this year Trump is trying to move it to his column. Limited polls show Biden with a lead.

“In 2016 we thought for sure we were going to win in Minnesota. And Trump lost by only a point and a half,” said Sen. Tina Smith (D-Minn.), who is running for reelection this fall. Surveying the protests, pandemic and economic collapse, she expressed the uncertainty her party is facing: “We didn’t even know six months ago that any of this was going to happen. So, what’s going to happen over the next 20 weeks?”

Yet in interviews with more than a dozen Democratic senators, including many from swing states, there’s an emerging feeling that this moment is not like four years ago, when Trump shocked the world. Trump is doing worse in the polls, has a controversial record as president and is facing a more popular opponent in Biden than he did in Clinton.

Some Democrats are even envisioning a blowout where Trump loses not just in the states of Michigan, Pennsylvania and Wisconsin that won him the presidency, but in places like Iowa, Ohio, Florida and Arizona as well.

“We’re going to beat him in November, and I think we’re going to even beat him in Ohio. And Ohio will mean an Electoral College landslide,” argued Sen. Sherrod Brown (D-Ohio), who won reelection handily in 2018.

“People are worn out. They’re tired … people are really craving for changes and some normalcy,” said Sen. Joe Manchin (D-W.Va.), who squeaked out a reelection win two years ago. “And you’re seeing that frustration in the polls. So unless they change drastically, I think there will be a big change” at the White House.

Still, it’s impossible for some Democrats to fully accept what’s been a rolling wave of good political news over the past few weeks. For one, polls are merely snapshots in time, they say, and less than five months until Election Day offers plenty of time for those snapshots to change, particularly if the economy stabilizes and coronavirus is contained.

And Democrats are also gingerly surveying an upended landscape. This fall’s elections will be like nothing before, with some states mailing ballots to voters and others expected to see massive lines on Election Day.

Citing the uncertainty of coronavirus and turnout, Senate Minority Whip Dick Durbin (D-Ill.) said he has “a very tentative feeling about the polling under these circumstances.”

“With coronavirus and the upheaval in the politics of America, I think pollsters are really going to be tested this time,” he said. Of the election writ large he warned: “Anything can happen.”

So far, however, all the unexpected events of the past three months and Trump’s reaction have hampered his ability to make a comeback. The coronavirus has killed more than 100,000 Americans, surveys show voters disapprove of Trump’s handling of the pandemic and the nationwide protests over police killings of African Americans and the economy could take years to fully recover.

“The moment is so different,” argued Sen. Kirsten Gillibrand (D-N.Y.), who ran against Biden in the Democratic primary. “Of course, there’s always a way anybody can win any time. But I believe Vice President Biden is the exact right person for this moment.”

Republicans are offering Trump consolation and their own tips about why the polls shouldn’t be believed as well as why he can mount a winning campaign. Sen. Thom Tillis (R-N.C.), who faces his own tough reelection race, said once Biden is forced back onto the trail then the “gap diminishes pretty quickly.”

Though Republicans narrowly outperformed the polls in 2018 and 2016 in Florida that resulted in integral statewide and federal office wins, Sen. Rick Scott (R-Fla.) said he reminds Trump that surveys are often off by “4 to 7 points.”

“Considering the pandemic, the downturn in the economy and the demonstrations we’re having now … and he comes out 1 point ahead? I think it’s good news,” said Sen. Chuck Grassley (R-Iowa). “He carried Iowa last time by 9 points. He may not be doing that again. But he’s going to be reelected.”

If Iowa’s neck-and-neck race was a warning sign for Republicans, Michigan is an absolute siren for the GOP. But even there Democrats are refusing to declare an early victory.

“Michigan is always rough and tumble,” said Sen. Debbie Stabenow of Michigan, where surveys have repeatedly shown Trump losing by double-digits. “I would never say never” for Trump.

Perhaps it’s not surprising that Democrats won’t fully concede that they and Biden are in the driver’s seat. Many felt that way four years ago and presumptuously began plotting out a Democratic agenda before Election Day.

So now, many Democrats say they shouldn’t take anything for granted. Not Trump being down in Arizona and Florida, not him lagging in the Midwest and not the Senate majority being in play.

“We have to work hard every single day until November,” Dingell said.