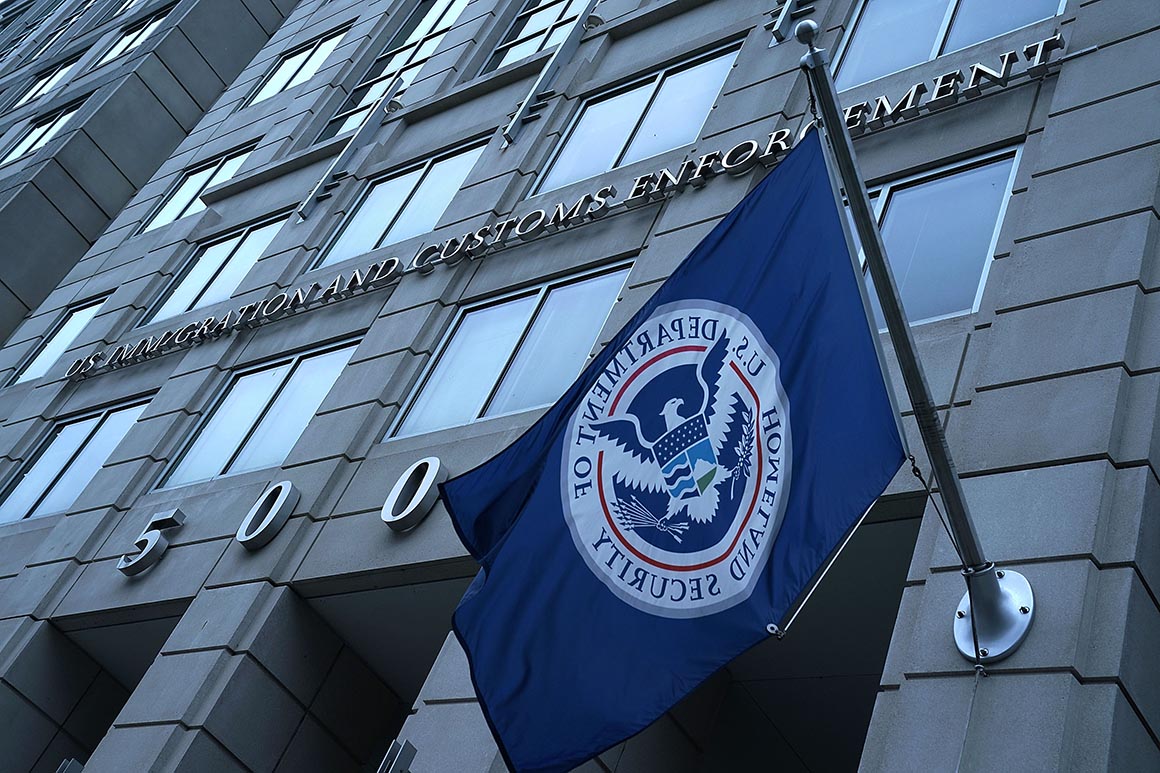 Juliette Kayyem, a senior DHS official in the Obama administration, praised the quality of the NISAC reports she received when she was at the department, and criticized DHS for being “singularly focused on border enforcement” under Trump at the expense of properly planning for other threats like a pandemic.

“We should not be surprised that a department that has for the last three and a half years viewed itself solely as a border enforcement agency seems ill-equipped to address a much greater threat to the homeland,” she said.

In recent days, as the government raced to address the growing demands, officials at the Department of Health and Human Services asked their counterparts at DHS to dig up some of the old reports and analyses, according to two former DHS officials. The request came from within HHS’s Office of the Assistant Secretary for Preparedness and Response, which works to ensure that the country has enough medical equipment and drugs to deal with public health emergencies and everyday health needs.

But Homeland Security officials initially had trouble finding some documents related to planning for a pandemic, including 2007 and 2009 pandemic reports as well as a report produced for a 2014 exercise held by senior policymakers, according to the former officials — although some were eventually found and put in a ZIP file sent to HHS.

“Nobody even knew where any of the documents were anymore,” one of the former officials said. “It’s really just a source of frustration.”

The former DHS officials said if the pandemic models had been maintained properly, the administration might have had an earlier understanding of where shortages might occur, and acted accordingly to address them.

“A lot of what we’re doing now is shooting in the dark, and there’s going to be secondary impacts to infrastructure that are going to be felt in part because we didn’t maintain these models,” said one of the former DHS officials. “Our ability to potentially foresee where the impacts are or may manifest is a result of the fact that we don’t have the capabilities anymore.”

The pandemic models emerged as part of a broader shift in the federal government’s thinking after Hurricane Katrina, when DHS and FEMA came under heavy criticism for their response to the disaster.

With those searing lessons still fresh, DHS broadened its focus from a narrow set of issues — primarily terrorist attacks within the United States — to preventing and preparing for all types of emergency events. The department began modeling and analyzing how severe events, including a pandemic, could affect critical infrastructure and hit supply chains.

Some of the predictions in the July 2015 DHS report were eerily prescient about the kinds of issues that the U.S. has faced in recent weeks because of the coronavirus; the report said that “a severe influenza pandemic could overwhelm the Healthcare and Public Health Sector in as little as 3-6 weeks” and warned that healthcare facilities in cities could be swamped.

The report also warned that basic medical supplies for emergency services could be at risk because they’re dependent on “just-in-time” deliveries of healthcare supplies, and a big increase in demand during a pandemic would make it harder for them to get what they need.

Much of the blame for the switch in focus at DHS, according to two of the former officials, falls on longtime DHS employee Robert Hanson, who became division director of prioritization and modeling at the department’s Office of Cyber and Infrastructure Analysis (OCIA) in May 2016.

“They’ve allowed a lot of capability to decay, including the pandemic models and transportation models and a whole bunch of other stuff in favor of chasing the soccer ball on different cyber things,” including trying to use machine learning and AI in work on cybersecurity, this person said.

In an interview, Hanson acknowledged decreasing some funding away from pandemic modeling to other topics of research because he had “been given direction by my leadership at the time to reprioritize a lot of the projects,” and he agreed it was necessary. He also said that when he took over the modeling program, it was considered “ineffective” by DHS leadership and by executive branch overseers.

Hanson thought, too, that pandemic modeling was best done by the Centers for Disease Control and Prevention, the former DHS officials said, although the CDC’s mandate is different and researchers there don’t focus on how a pandemic could affect non-health related infrastructure.

After an uprising by staff last year who complained about what they called his abusive management style and lack of leadership, Hanson was removed as the assistant director of analysis at the National Risk Management Center, OCIA’s successor organization, according to the two former DHS officials. Hanson and his deputy, Carmen Zapata, were detailed elsewhere within DHS.

Explaining his departure, Hanson said he “had made such fundamental changes to the program that some of the staff were unhappy with me and were going to see me as an object of ire so I decided to leave.”

NISAC, the DHS office that oversaw the models, began as a partnership between the Los Alamos and Sandia National Laboratories back in 1999 but was folded in 2003 into DHS by the USA Patriot Act and in 2014 put under OCIA, which has listed analyzing “pandemic influenza” as a top priority.

The program’s costs were not inconsiderable: The government had to regularly purchase data sets to keep the models current, while also paying for coding, operations and maintenance, along with the original development costs. Between six and 10 people at Los Alamos were focused on pandemics and a total of 60 to 70 people at both DHS and the national labs had some role in the models, according to one of the former officials.

Beginning under the George W. Bush administration, all critical infrastructure in the U.S. was segregated into different categories, which now comprise 16 sectors. DHS was made a lead agency for 10 of them, including IT, communications, critical manufacturing and commercial facilities.

The DHS models were designed to look at the impacts of a pandemic on the different sectors within the department’s bailiwick, as well as other sectors that touched on homeland security. For instance, one report that NISAC worked on for a table-top exercise looked at how to combat a hypothetical epidemic in Southeast Asia, what travel restrictions to put in place, and how to design social distancing to stop the epidemic inside the United States.