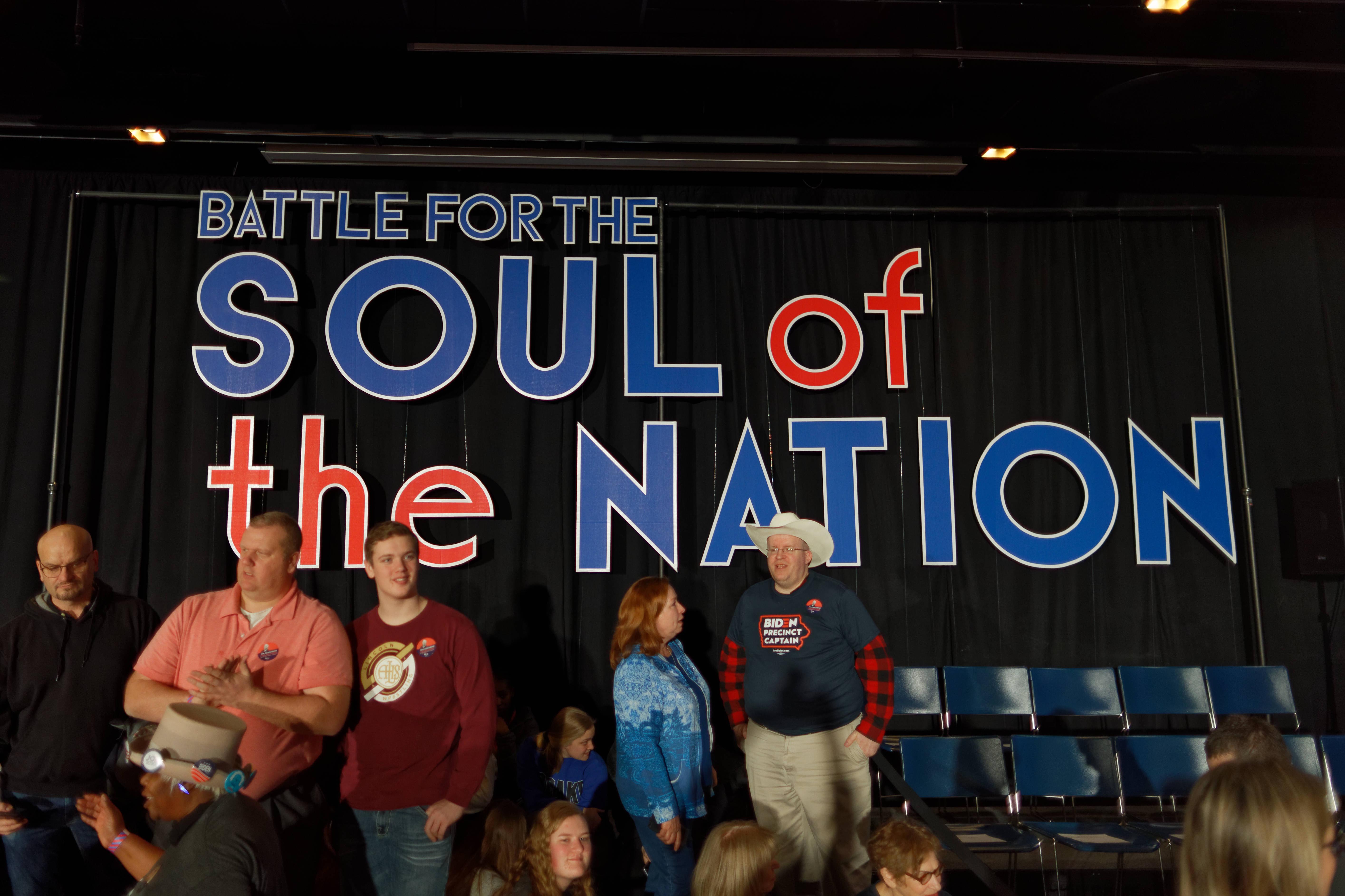 The first results, which were expected to start being released late Monday night, did not start coming out until early Tuesday evening.

The request for a recanvass increases the likelihood that no one will know for certain who won Iowa before top candidates take the stage Friday night for their next debate in New Hampshire, which holds its primary Tuesday.

Sanders, who announced a massive $25 million January fundraising haul, is scheduled to participate in a CNN town hall Thursday in New Hampshire — right before Buttigieg is set to take the stage for the same event after declaring victory for days. Buttigieg’s campaign told supporters it’s raised $2.7 million since the caucuses.

“Either I or Mr. Buttigieg will end with a tiny fraction of an advantage in the SDEs,” Sanders said. “I think he’s ahead now by some three-and-a-half state delegates out of 2,150 total number of delegates. That may change. We may go in the lead by a little bit.”

If Sanders, who leads public polling in New Hampshire, wins Iowa, he could very likely enter the Nevada caucuses with the energy of back-to-back victories in the first two states despite warnings from moderate Democrats.

And Buttigieg, in an interview broadcast Thursday morning, suggested that Sanders is divisive and too similar to President Donald Trump to defeat the incumbent in a general election.

“The difference is that I have an approach that can build a sense of unity that we’re going to need not only in order to win but in order to govern,” Buttigieg told MSNBC’s Stephanie Ruhle. “We have an extraordinary majority of Democrats, yes, but quite a few independents and a healthy number of Republicans ready to get that done. Why would now, of all times, we go for a my-way-or-the-highway politics?”

“The key to defeating Donald Trump is to deny him the ability to change the subject,” he added. “Putting up some equal but opposite version of him is a recipe for failure because folks are gonna go for the original. We need to do something completely different.”

Sanders’ team said January was the best fundraising month of his campaign, with donations coming from nearly 650,000 people, a third of whom were new donors. Aides also said he will use some of the funds to place a $5.5 million TV and digital ad buy in South Carolina and nine Super Tuesday states.

Sanders entered the new year with the most cash on hand of any campaign: $18.2 million. Buttigieg’s $14.5 million cash on hand was the second-highest total. Buttigieg has a super PAC, VoteVets, backing him, but his campaign drew scrutiny for appearing to try to coordinate with the group on Twitter on Wednesday.

Biden, meanwhile, had the least amount in the bank among the top four candidates coming into 2020: $8.9 million. He redirected advertising funds to Nevada from South Carolina, the state assumed to be his firewall because of his strength with African American voters.

The former veep also has a super PAC supporting him: Unite the Country is spending $900,000 on the air in New Hampshire this week. And Biden’s team announced Thursday that it will dispatch nearly two dozen surrogates to campaign on his behalf across the state.

After likely finishing third in Iowa, Elizabeth Warren’s campaign pulled about $375,000 worth of ads in Nevada and South Carolina to preserve funds. But the Massachusetts senator will still be on the air there: She’s reserved about $2 million of ad time, according to Advertising Analytics.

At her CNN town hall Wednesday night, Warren maintained that a woman can win in 2020. She said she believes the men she’s running against believe they have a better chance to beat Trump because of their gender.

“But they’d be wrong,” she said. “At the end of the day, when people start picking who they want for a president, it’s gotta be somebody they trust. And it can’t just be somebody who looks like what presidents looked like in the past. Sometimes we gotta think differently.”