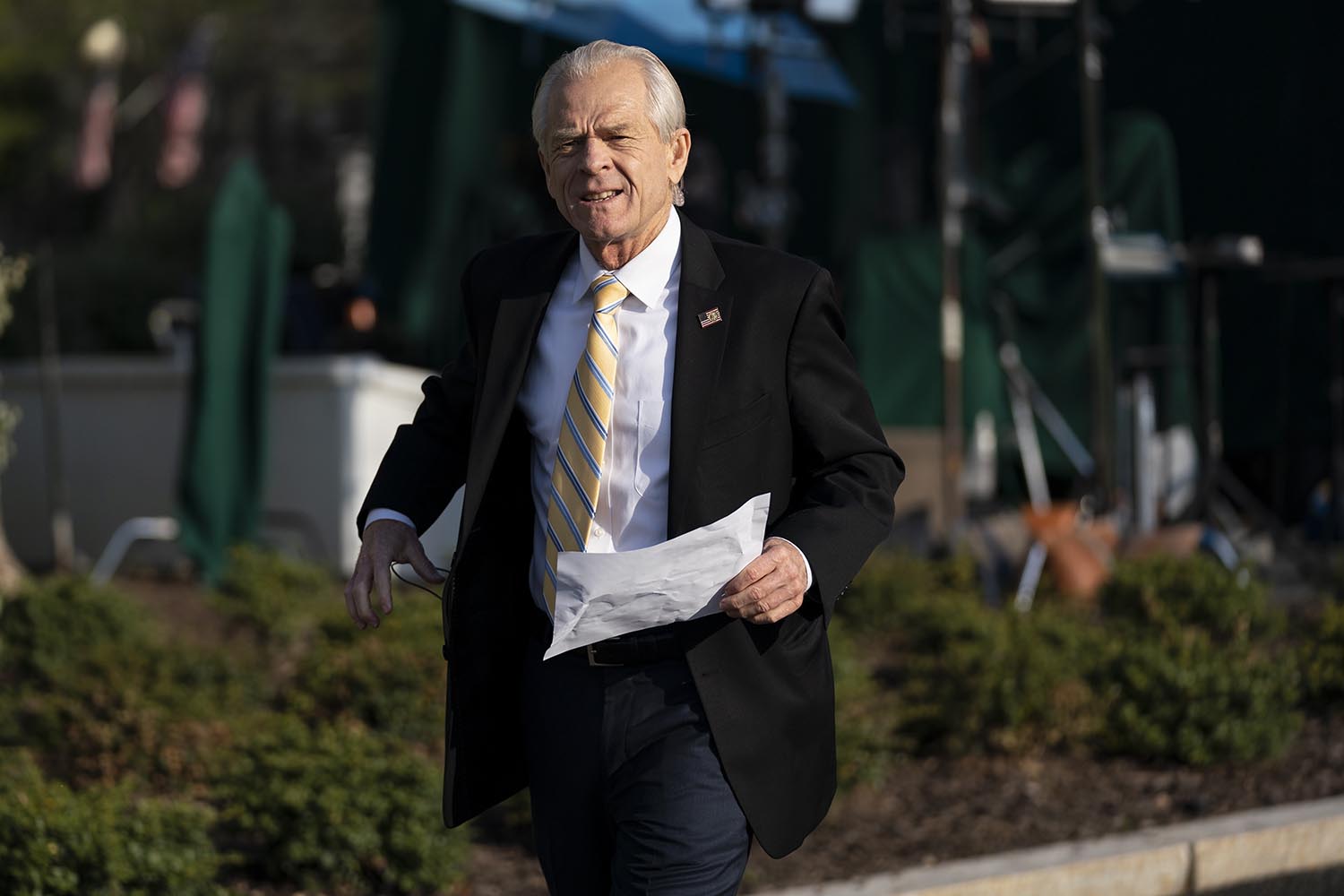 Navarro, who is coordinating the administration’s efforts to purchase and distribute emergency supplies under the Defense Production Act, acknowledged that he was “not the arbiter” of the hydroxychloroquine debate. But he also insisted that there were “a lot of doctors out there who are on one side, and there’s a lot of doctors on the other side” of the issue.

“It’s like, if CNN wants to set up Dr. Fauci as the only authority on medicine and only rely on him, that’s one set of facts,” he said. “What I’m saying is doctors disagree all the time.”

Addressing his argument with Fauci in another interview Monday on “Fox & Friends,” Navarro charged that the news media “is trying to blow it up as a big, big debate,” and said that “there was no pride there.”

Navarro noted that “as a social scientist,” he would normally concur with Fauci’s calls for more controlled, randomized studies of the drug, but “in the fog of war, we might take more risks than we otherwise would.”

“I think history will judge who’s right on this debate,” Navarro said, “but I’d bet on President Trump’s intuition on this one because of all the doctors I’ve talked to and all the scientific papers that I’ve read.”

The new front in the feud between the hawkish economist and the widely respected physician marks the most intense, public escalation yet of the ongoing friction between administration officials over hydroxychloroquine, which Trump has eagerly endorsed in an apparent effort to gin up optimism amid the global pandemic.

But when Fauci was asked his opinion of hydroxychloroquine at Sunday’s briefing, the president interjected before the career immunologist could respond to reporters.

“Do you know how many times he’s answered that question? Maybe 15 times,” Trump said. “You don’t have to ask the question.”

The Food and Drug Administration last week issued an emergency use authorization for hydroxychloroquine and chloroquine, allowing the drugs to be “donated to the Strategic National Stockpile to be distributed and prescribed by doctors to hospitalized teen and adult patients with COVID-19, as appropriate, when a clinical trial is not available or feasible,” the Department of Health and Human Services said in a statement.

Critics of Trump’s advocacy for hydroxychloroquine have cautioned that Covid-19 patients taking the drug could suffer unintended side effects, and have accused the president of dangerously confusing or misleading Americans desperate for a treatment.

A Phoenix-area man died and his wife was left in critical condition last month after they took chloroquine phosphate, an additive commonly used to clean fish tanks. The couple reportedly learned of chloroquine’s connection to the coronavirus after viewing a news conference featuring the president.