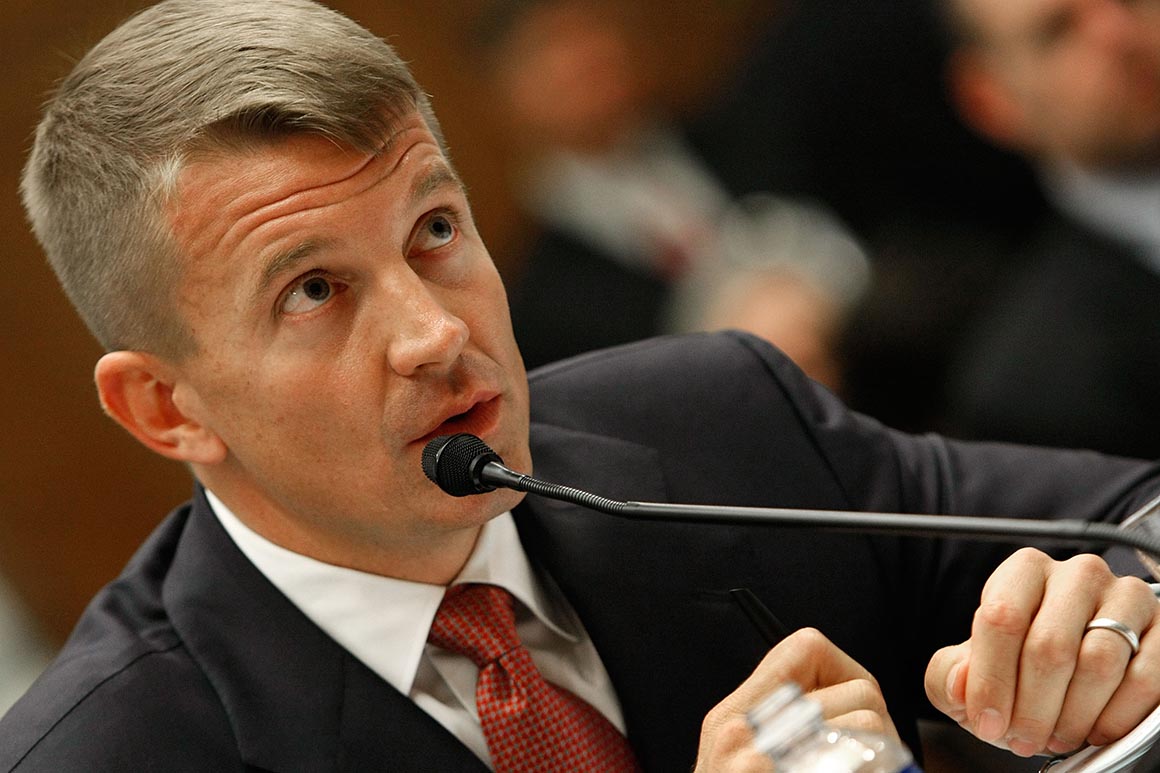 Schiff initially referred Prince to the Justice Department and sought “prompt” action for what he described as a series of “manifest and substantial falsehoods.” In that letter, delivered to Attorney General William Barr, Schiff said that Prince, the billionaire founder of a military contracting firm, intentionally misled the House Intelligence Committee and impaired its investigation of Russian links to the 2016 Trump campaign.

It’s unclear what led the Justice Department to return to Schiff’s request 10 months later on the eve of the Senate’s decision to acquit Trump on two impeachment charges. The department and a Prince attorney did not immediately respond to requests for comment. U.S. Attorney John Durham has been tasked by Barr with reviewing the origins of the FBI’s Russia investigation, which later morphed into special counsel Robert Mueller’s probe of Russian interference in the election.

In his April 30 letter, Schiff highlighted six instances in which information revealed about Prince in Mueller’s report diverged from his testimony in November 2017 before the committee. He homed in on Prince’s meeting, in the Seychelles in January 2017, with a Russian banker who is reportedly close to President Vladimir Putin of Russia, an encounter Prince later told congressional officials took place purely by chance.

Prince told Schiff’s committee in late 2017 that he had no “official or, really, unofficial role” with the Trump campaign. He said he wrote unsolicited policy papers that he forwarded to Trump adviser Steve Bannon, attended some fundraisers and contributed to Trump’s campaign.

“So there was no other formal communications or contact with the campaign?” then-Rep. Tom Rooney (R-Fla.) asked.

But a succession of news reports indicated that Prince’s relationship with the campaign was deeper than he let on. According to a New York Times report last May, Prince helped facilitate meetings for high-level Trump campaign staff.