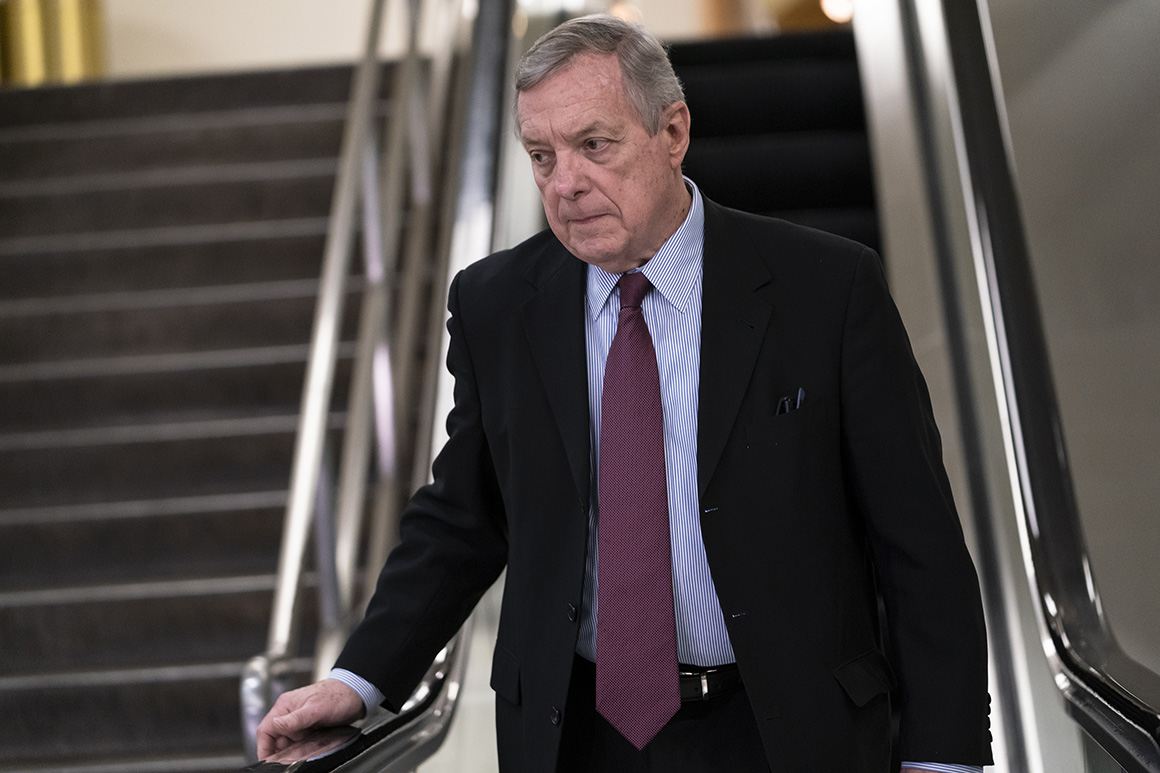 “I don’t know exactly what will transpire,” Durbin said when asked what to expect when the Senate next convenes Tuesday. “As I mentioned, we don’t know what the McConnell memo or resolution includes, as we start up.”

“We’ve been very open about this,” he went on. “[Senate Minority Leader] Chuck Schumer and the Democrats in the Senate have said, ‘Let’s bring in the witnesses. Let’s put the truth before the American people and let them join us in judgement,’ Durbin said. “So, I would assume that the early motions made by Chuck Schumer, on behalf of Democrats, will go right to that point.”

Appearing on NBC’s “Meet the Press,” Georgia Sen. David Perdue said his fellow Republican senators have “tried to enter these negotiations with the other side, but they won’t have any conversation until we deal with witnesses up front.”