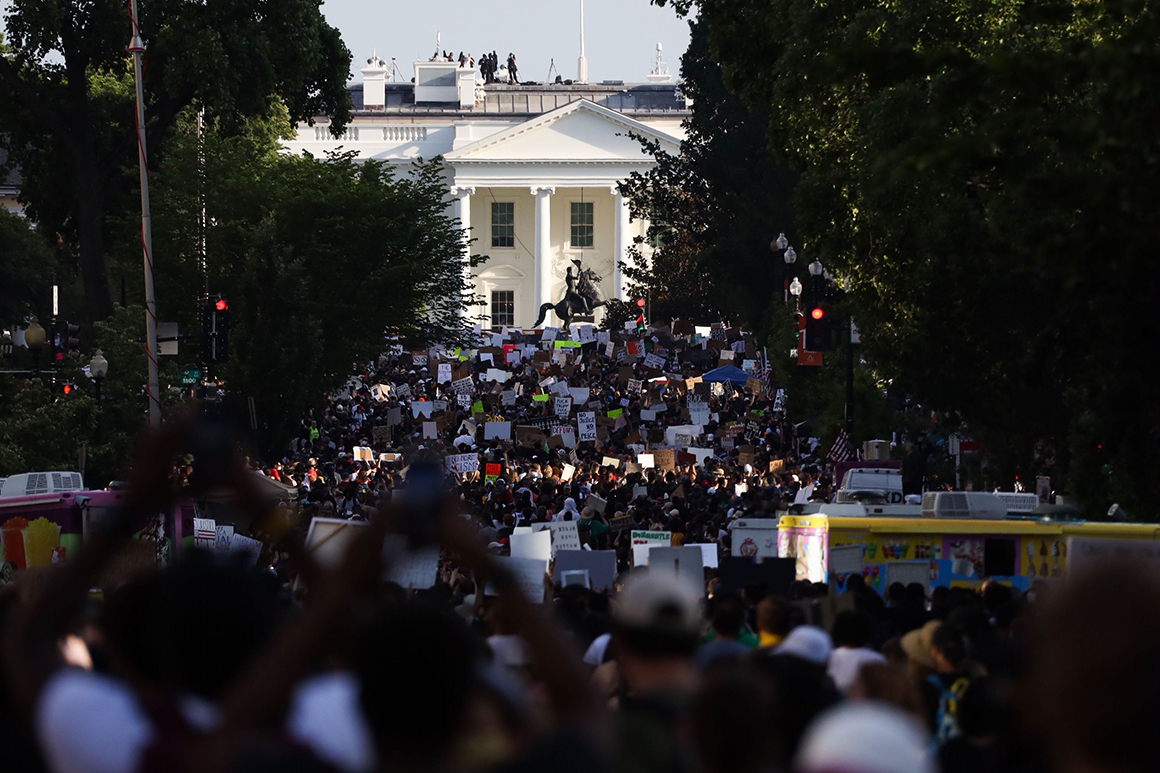 Dagoberto de Jesus Acevedo, who has been protesting each day in D.C. since Thursday, said accountability is needed at all levels of government.

“I think we have to hold the federal system — Congress, Department of Justice and the criminal justice reform system — accountable of their actions, because enough is enough,” Acevedo said. “We must stop marginalizing and oppressing brown communities.”

“They have way too much equipment that is unnecessary in our neighborhoods,” she said.

The NYPD suspended two of its officers without pay on Saturday after video posted online showed one officer throwing a woman to the ground and another pulling down a Black Lives Matter protester’s mask to pepper spray him.

Two police officers in Buffalo, N.Y., were also suspended and then charged Saturday morning with second degree assault of a 75-year-old protester after a video of the incident went viral.

Democrats have implored demonstrators to become a part of the political process and channel their frustrations into voting in November’s elections, a plea that some participants in Saturday’s protest heeded.

“It’s imperative that if we want to change the system, we have people going out voting for local elections, voting in November, being informed, telling their friends,” said Jessica Placencia, who signed up nearly 30 people to vote as she marched through the streets of Washington.

Dr. William Blake, an administrator in D.C. Public Schools, said the deaths of Floyd and other minorities at the hands of police “elevated” his mindset to vote for politicians who prioritized their civic responsibility to constituents.

“Not only for black people or white people — but for all people,” Blake said. “I want to make sure that I’m voting for someone that is going to push the norms to make sure we are eradicating a system of oppression that has definitely been placed on black people such as myself over the past hundreds of years.”

Janay Kingsberry and Krystal Campos contributed to this report.