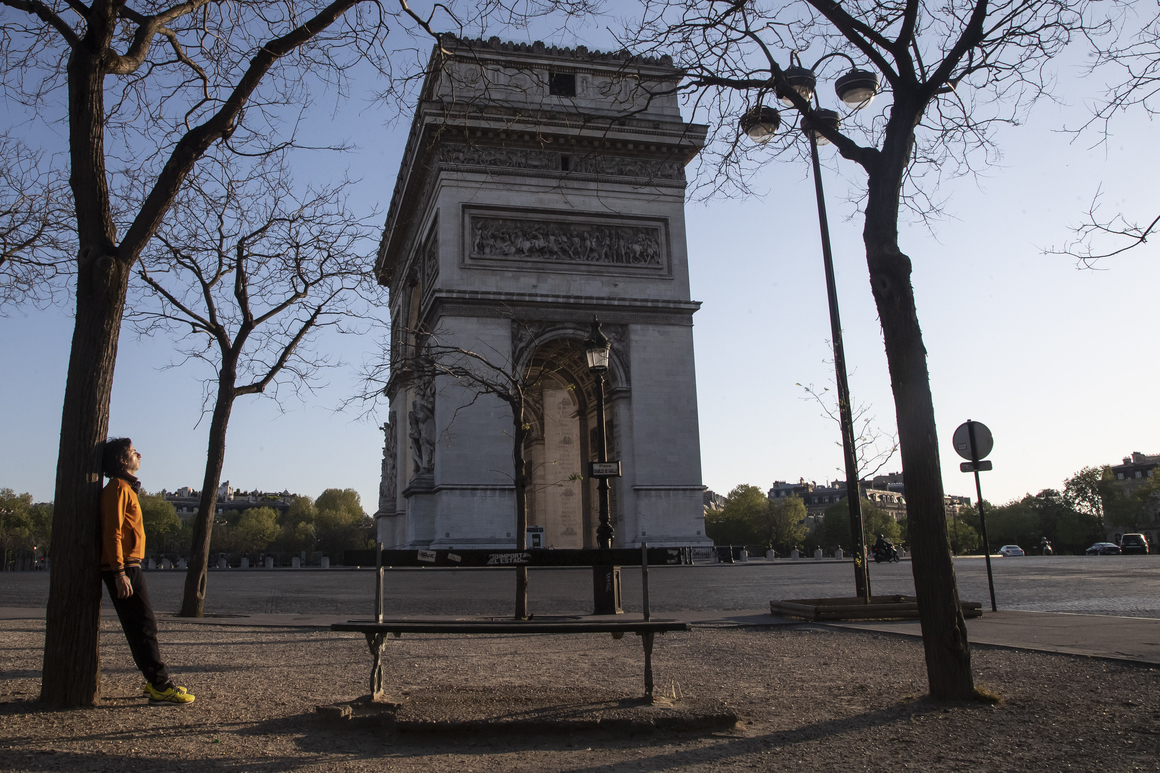 In Italy, bookshops, stationery stores and shops selling clothes for children and babies were allowed to reopen Tuesday, under strict sanitary measures.

In Austria and the Czech Republic, hardware and garden stores were permitted to resume business. Austria gave the all-clear to small stores. In Denmark, daycare centers and primary schools are set to reopen Wednesday.

In Germany, which has fared relatively well in managing the coronavirus crisis, Chancellor Angela Merkel is due to speak on Wednesday with state premiers, with an eye toward easing some containment policies. But in France, President Emmanuel Macron on Monday announced a two-week extension of social distancing policies, until May 11, after which he predicted they would start to ease. In Belgium, officials edged toward a similar approach, with a two-week extension likely until May 3.

EU officials stressed that legal authority over the containment measures rests in the 27 national capitals.

But the decision by a number of countries to move ahead with easing restrictions highlighted the continuing struggle of officials in Brussels to assert themselves in the crisis and better orchestrate decisions across the Continent. Just a week ago, some EU countries forced the Commission to delay publication of its roadmap, complaining that it was too soon to contemplate exit strategies. Now, some of those same countries have pushed forward on their own.

And in a further sign of how officials are straining to be on the same page, European Council President Charles Michel’s office on Tuesday evening sent requests for last-minute changes to the roadmap text, officials said — a highly unusual intervention into the details of a document that ultimately must be endorsed by the 27 heads of state and government on the European Council and that they can change as they see fit before doing so.

Public health officials, including at the World Health Organization (WHO), have warned that a premature lifting of social distancing measures could risk setting off a new spike in infections.

“While COVID-19 accelerates very fast, it decelerates much more slowly,” WHO Director General Tedros Adhanom Ghebreyesus said at a news conference Monday. “In other words, the way down is much slower than the way up. That means control measures must be lifted slowly, and with control. It cannot happen all at once. Control measures can only be lifted if the right public health measures are in place, including significant capacity for contact tracing.”

For the most part, European leaders appear to be moving extremely cautiously — maintaining instructions for as many workers as possible to work from home. Prohibitions on large gatherings remain in force, and in most countries, restaurants and cafés are not expected to reopen for at least several more weeks.

But in a draft of the roadmap obtained by POLITICO, the Commission warned of other consequences if nations do not cooperate: “A lack of coordination in lifting restrictive measures risks having negative effects for all Member States and is likely to give rise to political friction.”

“While there is no one-size-fits-all approach, at a minimum,” the Commission wrote, “member states should notify each other and the Commission in due time before they lift measures and take into account their views.”

But there were signs that such notifications were not yet happening in any coordinated fashion.

Spanish Prime Minister Pedro Sánchez, for instance, announced some initial steps to lift his country’s most severe restrictions during a news conference on Easter Sunday.

Sánchez stressed that Spain had not yet lifted its state of alarm and that most containment measures would continue.

“I want to be very clear: we are not even entering the second phase, what the experts have come to call the de-escalation phase,” he said. “The state of alarm continues, the general confinement continues. Only the extreme measure of hibernation … of all the non-essential economic activities that has been in force during these last two weeks has been completed.”

The push by leaders to declare at least an initial victory over the virus, especially in Spain and Italy which have suffered the highest numbers of deaths in Europe, underscored the mounting anxiety among public officials over the economic damage of the prolonged shutdown on so much commercial activity.

On Monday, the International Monetary Fund issued new projections showing that GDP in the eurozone economy would contract by 7.5 percent this year — a downturn unrivaled since the Great Depression.

Still, leaders are equally distressed over the prospect that ending the restrictions too soon could cost more lives.

The Commission’s roadmap urges leaders to set clear “epidemiological criterion” for ending containment measures, “showing that the spread of the disease has significantly decreased for a sustained period of time,” as well as to ensure there is sufficient capacity in hospitals to provide critical care should the rate of infections start to climb again.

Several leaders indicated they were already planning on such steps.

Sánchez said his government would adhere to benchmarks to be set by a panel of scientific experts.

“We are going to apply the markers recommended by the scientific committee that advises the government, by the experts, to quickly measure both the spread of infections and the response capacity of the health system,” he said. “If we gain ground to the virus and our health system recovers … we will advance in that de-escalation,” he added. “If not, I want to be very clear, we will maintain or reinforce the restrictions. Because the first thing for this government, always, will be the health and life of our fellow citizens.”

Like Sánchez, Austrian Chancellor Sebastian Kurz said his country had reduced the daily increase in new infections to below 3 percent. But even as he announced the reopening of small shops and hardware stores on Tuesday, Kurz warned that he was prepared to reverse course.

“If the numbers go in the wrong direction, we’ll pull the emergency brake,” he said at a news conference Tuesday morning.

“Our approach over the coming months is very clear: as much freedom as possible, as many restrictions as necessary,” Kurz said.

Commission President Ursula von der Leyen is due to present the roadmap document at a news conference Wednesday morning. The Commission’s chief spokesman, Eric Mamer, said that because the easing of containment measures by EU countries would take many weeks, the roadmap would serve as an important coordinating document, even if some nations had already taken a few first steps.

“I think that the whole process of lifting containment measures is going to take a long time,” Mamer said. “So some may be starting on their own, but hopefully they will soon realize that the recommendations they asked us to produce will help them steer through the process.”