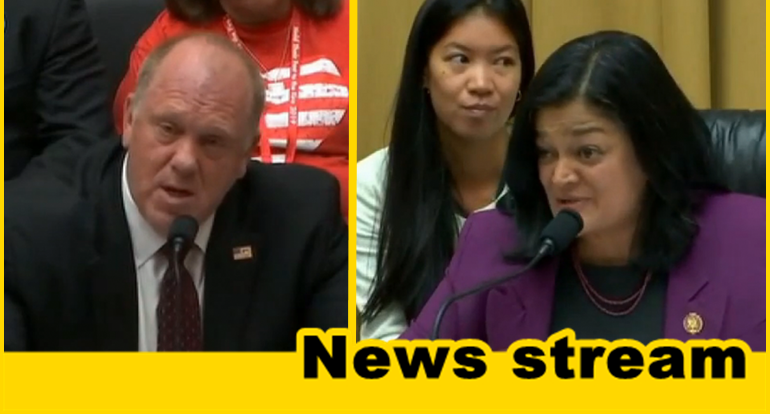 Fox News reports retired ICE Director Tom Homan said Friday that House Democrats continue to push falsehoods about his former agency and illegal immigration, one day after an explosive clash between him and Rep. Pramila Jayapal, D-Wash., at a hearing on border detentions.

Homan, a Fox News contributor, told “Fox & Friends” that he believes he got his point across and he feels it’s his “responsibility to set the record straight.”

“I’m not gonna sit there and let them tell lies about my president, tell lies about the men and women of the Border Patrol and ICE. … At a certain point it’s like, I’m not gonna shut up. … Just because you have a gavel, doesn’t make you queen of the day, it doesn’t allow you to lie to the American people,” said Homan.

He added it’s “incredible” that he is under oath when he testifies at these hearings, but the lawmakers are not. Homan has been involved in several testy exchanges with House Democrats in recent months, including a confrontation with Rep Alexandria Ocasio-Cortez, D-N.Y., in July.

The tense hearing over border detention practices erupted into a shouting match between Homan and Rep. Pramila Jayapal, as Homan grew frustrated in his attempts to defend his former agency.

Jayapal, the vice chairwoman of the House Judiciary Immigration and Citizenship Subcommittee, repeatedly cut off Homan for exceeding his allotted time.