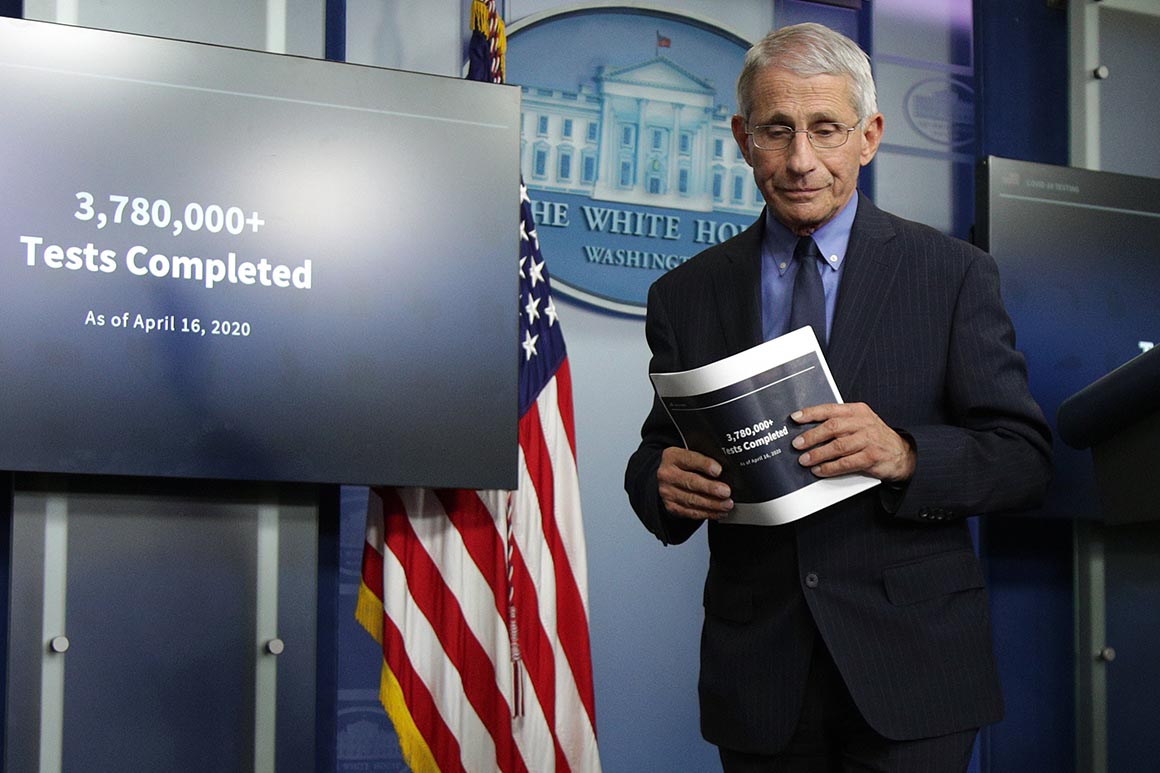 “We’ve had outbreaks that have had one or two or three of those three or four characteristics but never all four,” he said. Coronavirus, he noted, checked all of those boxes, and had “indeed turned out to be my worst nightmare.”

Throughout the nearly half-hourlong conversation, the head of the National Institute of Allergy and Infectious Diseases expressed his shock at “how rapidly” coronavirus “just took over the planet,” attesting to how “extraordinarily efficient” the pathogen is infecting people around the world. Fauci noted that while it took previous viral outbreaks like Ebola and SARS anywhere from six months to a year to travel around the world, “this took a month.”

And, he argued, “those other outbreaks had a degree of containment and finiteness to them from the very beginning.” Fauci described Ebola as more of a “highly lethal local disease,” whereas HIV was “drawn out over an extended period of time” and was associated with a “certain type of an exposure or risk.” As a result, he said, “the entire world never felt threatened by any given disease” as it has with coronavirus.

Fauci’s warning comes as much of the United States has begun to reopen after lockdowns that lasted for months, in some cases. In New York City, the epicenter of the outbreak in the U.S., Phase One of reopening kicked off Monday, while other areas around the country continue to see case numbers rise.

The pandemic has largely disappeared from the round-the-clock news coverage in the outbreak’s earliest days, put on the back burner by other domestic issues such as police brutality. Fauci, once a daily presence on the airwaves who became a beloved public figure and the face of the White House’s coronavirus response, shows up rarely — if ever — on TV these days, along with fellow members of the White House coronavirus task force.