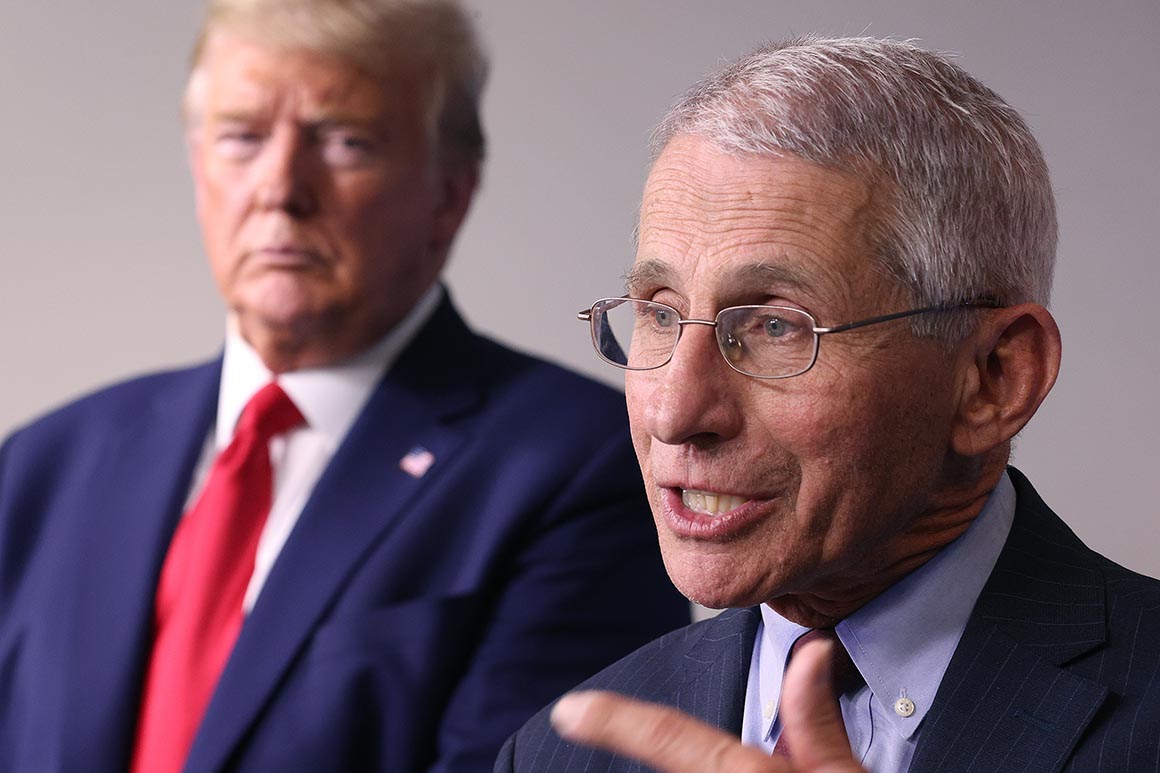 Fauci declined to comment when asked at Wednesday’s press briefing about whether he was receiving security protection, referring questions to the HHS Office of Inspector General, which provides regular security to Azar and other senior officials as needed. “I cannot confirm, at this time, that we are providing such services for Dr. Fauci,” said Tesia Williams, an OIG spokesperson.

Asked about reports of the security detail on Thursday morning, Fauci said he feels that he and his family are safe, telling NBC’s “Today” show, “I’ve chosen this life” and “I know what it is.”

“There are things about it that sometimes are disturbing, but you just focus on the job you have to do and just put all that other stuff aside and try as best as possible not to pay attention to it and just forge ahead,” he said. “We have a really, really, very, very difficult situation ahead of us. All of that other stuff is secondary.”

The Washington Post first reported that Fauci was receiving a security detail.

Some of Trump’s most zealous far-right supporters have targeted Fauci online, arguing that he’s worked to undermine Trump by publicly disagreeing with the president, and have begun spreading conspiracy theories about Fauci’s role.

Sarah Owermohle and Quint Forgey contributed to this story.