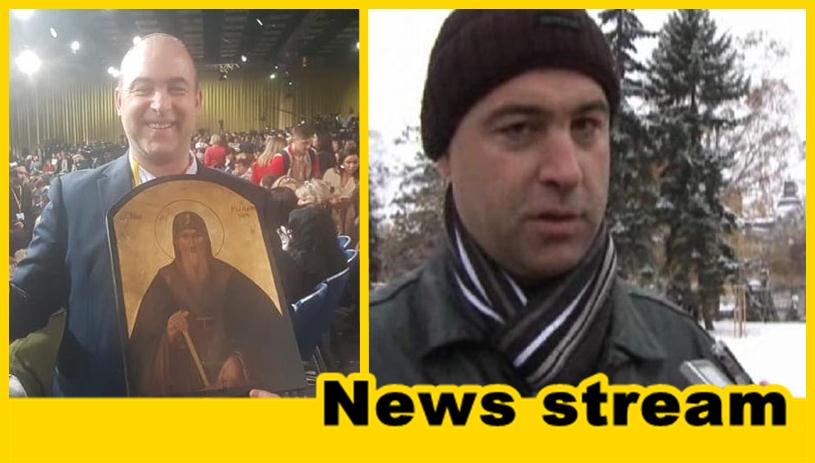 The Bulgarian, who interrupted Vladimir Putin’s press conference in Moscow and gave him the icon of the Bulgarian saint Ivan Rilski, is now being repressed. 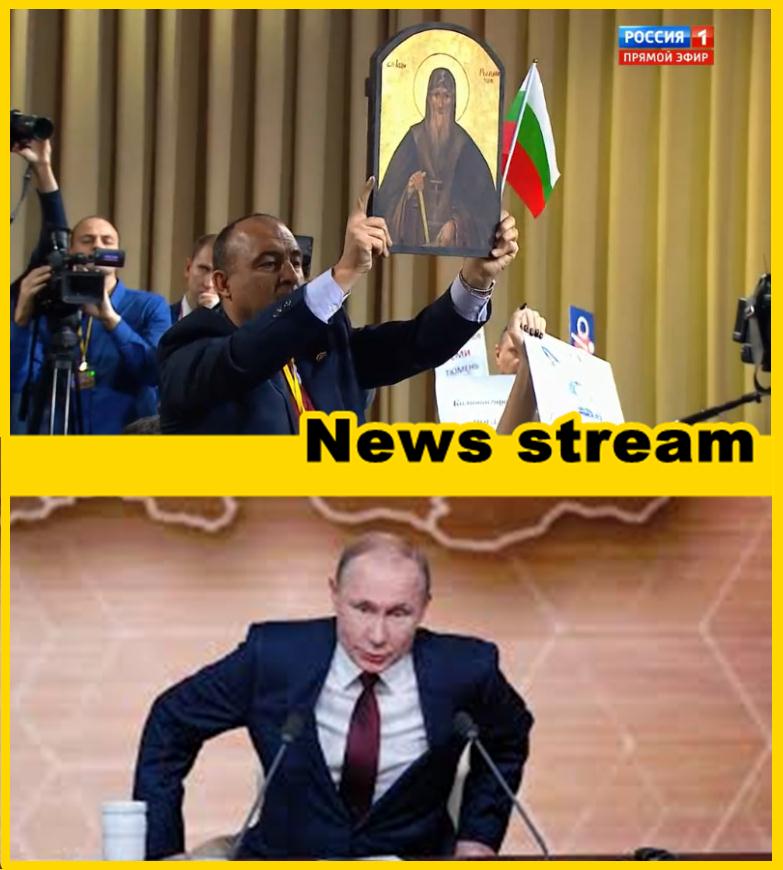 He has complained to some media outlets that he has been wanting to build a large church in Bulgaria for years, in Sofia – the capital, but his state is hampering it. By donating the icon to Putin, he has attracted the attention of all the world’s media in his struggle to build a church in Bulgaria! By the way, the saints who gave Putin the name also want to be baptized in his name. While Bulgaria buys planes from us, others want Russia to build a church there. 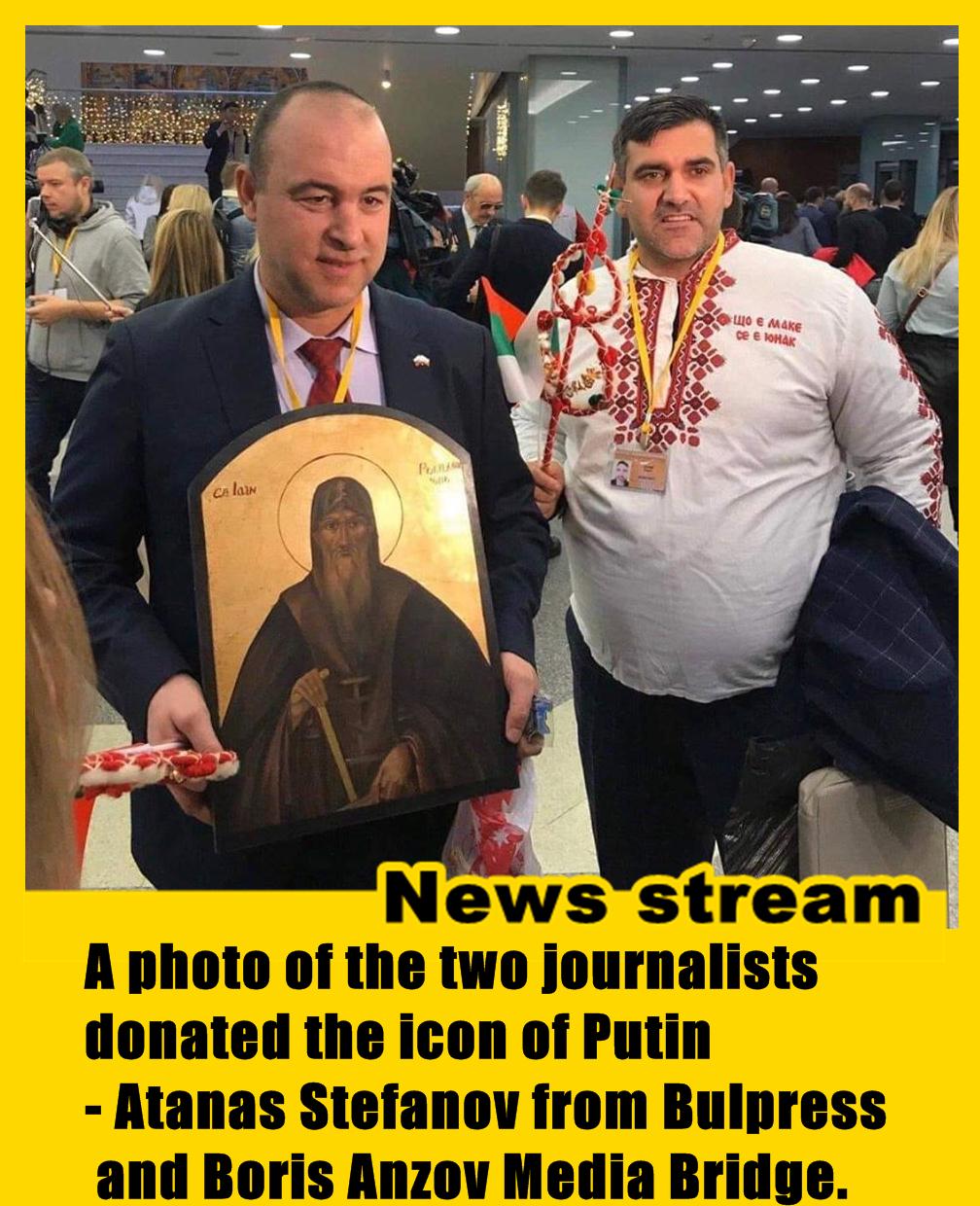 A photo of the two journalists donated the icon of Putin – Atanas Stefanov from Bulpress and Boris Anzov Media Bridge.