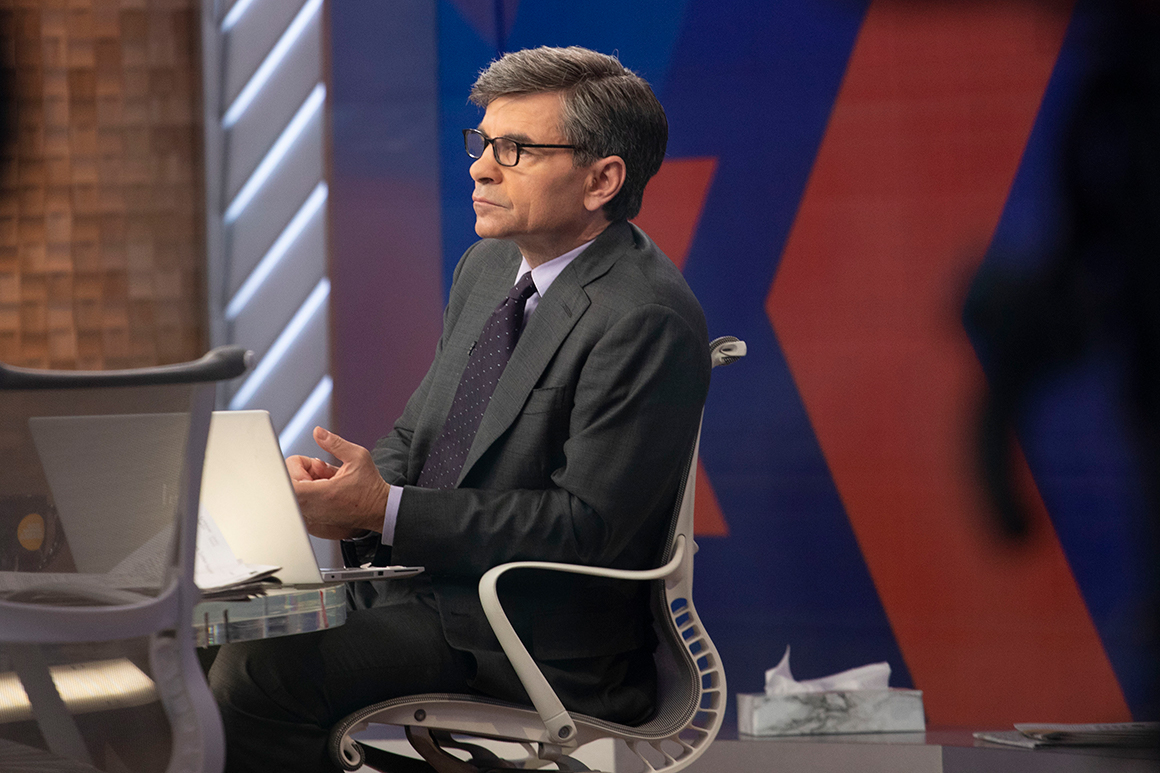 But Stephanopoulos added that, thus far, he is “basically asymptomatic” and has been “feeling great” despite the diagnosis. “I’ve never had a fever, never had chills, never had a headache, never had a cough, never had shortness of breath,” he said.

As for his wife, Stephanopoulos said Wentworth is “doing much, much better” and “going on her fifth day now with no fever, which is really a great sign.” She is also “slowly getting out of bed a little bit more each day, so we’re really happy about that,” Stephanopoulos said.

The Great Depression transformed economic behavior for at least a decade — and coronavirus could do the same, as economists brace for a longer and deeper downturn than any of them imagined.

In addition to his duties on ABC’s flagship morning program, Stephanopoulos also anchors the network’s Sunday news show, “This Week,” and leads coverage “on all major live events and breaking news around the world,” according to ABC News.

Stephanopoulos’ diagnosis comes after several other prominent media personalities have fallen ill with Covid-19, including Brooke Baldwin and Chris Cuomo of CNN and Jedediah Bila of Fox News.

Just last week, Stephanopoulos and his “Good Morning America” colleagues mourned Tony Greer, a longtime studio camera operator on the show, who died from complications due to the coronavirus.

“He was a consummate gentleman and just such a lovely man. Such a lovely spirit,” Stephanopoulos said, calling Greer a “total pro.”