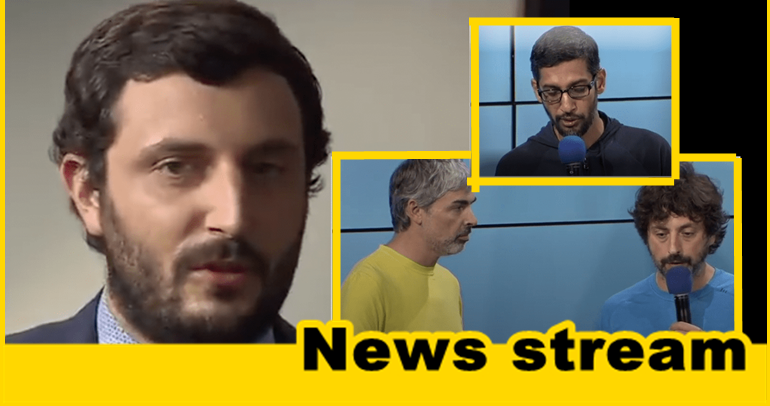 Since its launch in the late 1990s, Google has morphed from an Internet search engine to one of the most profitable and powerful diversified tech companies on earth.

Google is currently perched in the tech stratosphere along with Amazon, Apple, and Facebook and along with running the popular Android mobile platform, remains the most visited website online as it increasingly expands its influence over a wide range of users’ daily lives.

However, Google’s success, as well as the startling amount of power it wields, has come with a controversy, including growing controversy surrounding serious allegations of censorship, political bias, and privacy concerns.

In just the few years since the 2016 election, Silicon Valley based Google has faced mounting scrutiny over growing accusations of anti-conservative bias, which the company has repeatedly attempted to refute.

A top-ranking Google engineer has now come out to candidly discuss the company’s policies with watchdog group Project Veritas as part of an ongoing investigation into allegations of anti-conservative bias occurring across several social media platforms.

Greg Coppola, who works as a senior software engineer for Google’s “Assistant” program, said his concerns over what he believed to be a biased, politically-charged atmosphere growing within the tech industry prompted his decision to speak out.

According to Coppola, claims of no bias existing within Google is “ridiculous,” as he explained that the company’s algorithms are specifically written and designed to accomplish their exact function: including the censorship of certain ideas.

Coppola went on to state that Google’s bias is obvious to “everyone who supports anything other than the Democrats, anyone who’s pro-Trump, or in any way deviates from what CNN and the New York Times are pushing.”

The Google engineer went on to stress the importance of transparency in the tech industry, as well as the dangers of allowing politically-motivated decisions to become standard for tech and social media companies.

“We have tech that really, first of all, is taking sides in a political contest,” said Coppola, adding, “anytime you have big corporate power merging with political parties can be dangerous.”

According to Coppola, the tech industry never had such a problem before, and managed to largely keep its left-leaning bias out of the limelight, and out of decision making.

What changed, the Google engineer believes, is the election of President Trump, an event which prompted the reactionary new policies adopted by the tech industry and social media.