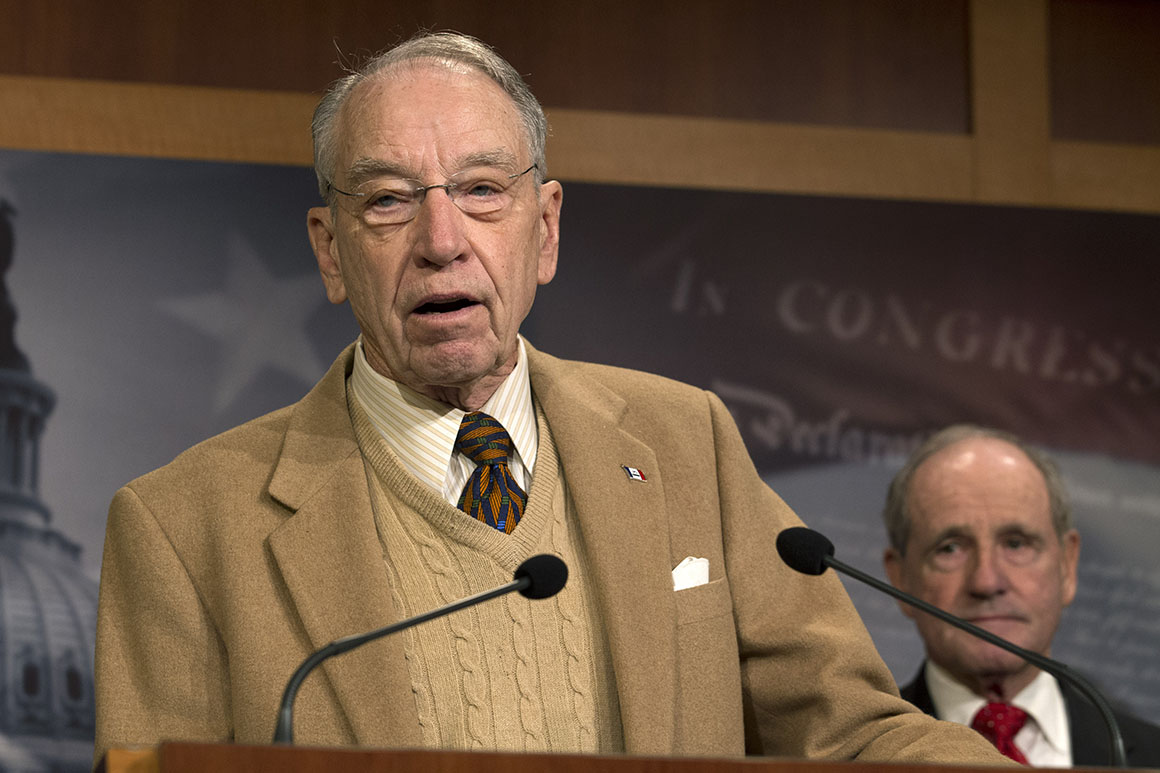 The Senate trial could begin almost immediately after McConnell receives the articles, which would keep the USMCA from being ratified until after the trial is over.

Pelosi’s office pushed back on Grassley’s criticism, noting that the Senate has had ample time to pass the deal since the House passed it on Dec. 19.

“The GOP Senate will have had almost a full month to get its act together to pass USMCA,” Henry Connelly, a Pelosi spokesperson, said in a statement. “After all their grandstanding, turns out Senate Republicans don’t actually care enough to get the job done on time.”

The House sent over the USMCA implementing bill to the Senate on Jan. 3. That has given the Senate exactly a week to formally consider the agreement this year.

A spokesperson for Pelosi told POLITICO that on Dec. 20, a day after passing USMCA, the Senate clerk informed House clerks that it would not accept the USMCA implementing language.

“Later that day, Senator McConnell’s office said they could not receive the papers until Jan. 3,” the spokesperson said.

McConnell’s office could not be immediately reached for comment.

The Senate has also been prevented from holding an immediate vote on the pact after its parliamentarian ruled that the pact had to be signed off by six additional committees with jurisdiction over the agreement.

Grassley’s committee already approved the deal in a 25-3 vote. At least five of the six remaining committees are expected to vote on the pact next week.

If all six committees hold markups next week, the pact still could be voted on before the impeachment trial begins. The trade deal is expected to pass with strong bipartisan support.