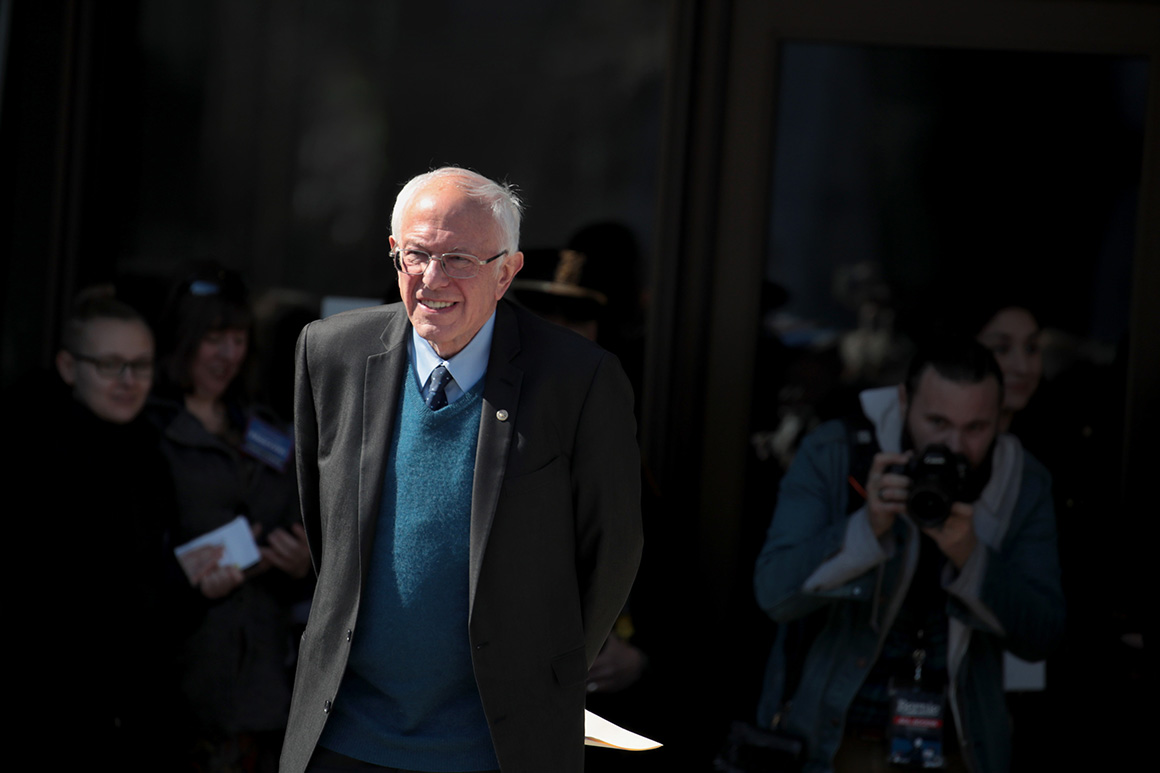 In the past week-and-a-half, Sanders has also put together six virtual events focused on the coronavirus that have received millions of views, according to his team, including town halls and rallies featuring members of the so-called “Squad” and musical acts. On “All In with Chris Hayes” Monday, Sanders said that “what we are doing is transitioning our campaign to a virtual campaign.”

Some of Sanders’ aides and allies argue he could win despite the long odds, and that he has a position to fill in pushing for progressive policy, especially during the coronavirus pandemic.

The moves — and that line of thinking — are infuriating to some establishment Democrats and Biden allies, who fear a repeat of 2016, when Sanders declined to drop out after it was mathematically impossible for him to win. Many party leaders believe the delay further fractured the already divided Democrats and made it more difficult for Hillary Clinton to take on Donald Trump.

“It’s time to move on,” said Harold Schaitberger, president of the International Association of Fire Fighters, which endorsed Biden a year ago. “It’s time to coalesce and put all of our various groups and parts of our movement and society together and get ready for what’s going to be a hell of a battle in the general election,” he said.

Jay Jacobs, the chairman of the New York Democratic Party, said he is “not meaning to push anybody out of running.” However, he said, “There’s no logical reason to extend this, because there is no viable path for anyone other than Joe Biden to get the nomination.”

Biden himself also appears eager for Sanders to go away. Asked at a press briefing Wednesday if he would debate Sanders in April, Biden said he was focused on the coronavirus crisis.

“I think we’ve had enough debates,” Biden said. “I think we should get on with this.”