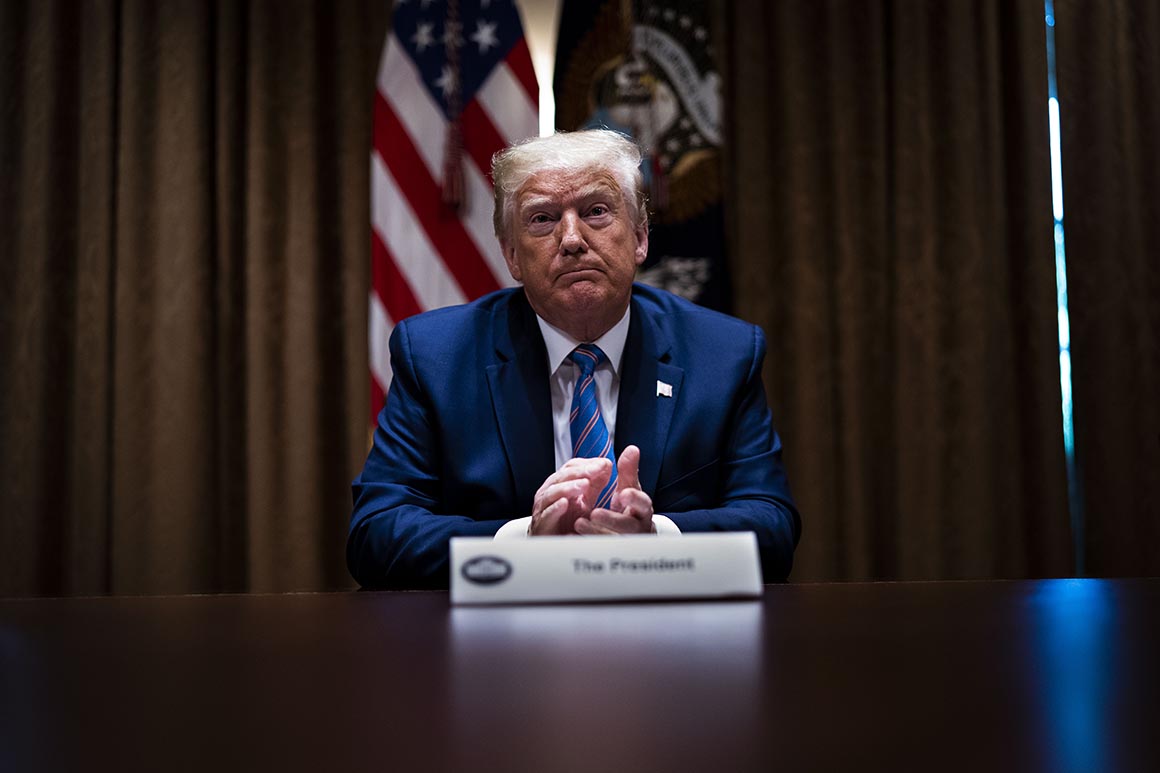 We will not know for five months whether Trump will survive the detailed indictments delivered by a wide and well-credentialed variety of public health experts on his management of the pandemic, which as of Wednesday has killed about 120,000 Americans. But the replies to my query, if hardly a scientific sample, do offer a much clearer sense of how he might thwart his critics.

I read no defense of Trump for which his critics would not have a ready answer. But many of the arguments were cogent and crisply articulated—a rejoinder to those who suspect the president’s support relies mainly on a mystical and non-rational hold on the minds and prejudices of his backers. In fact, many emphasized that they find him personally repellent.

The Trump Administration is rushing the production of a coronavirus vaccine. But it probably won’t be widely available until next spring or summer — and that’s if it even works.

The first set of pro-Trump arguments could be lumped together under something we might call localism.

A high concept way of putting it goes something like this: The coronavirus pandemic was a national problem, but so far has turned into a crisis that swamped public health systems only in discrete locations, in particular the New York metropolitan area.

Whether by intuition or strategic design, Trump responded, in the eyes of defenders, in a way that recognized this variance. He rejected trying to impose restrictions on the least-affected areas that were necessary onlyfor the most affected areas. While not typically regarded as deeply philosophical, Trump in this instance was guided by instincts grounded in constitutional precedent. The United States, by these lights, is a large and diverse country, and federalism gives states the responsibility to decide how to respond to specific circumstances.

The low concept way of putting it goes more like this: to hell with Andrew Cuomo.

In his own public statements and decisions in late February and early March, the New York governor was no more prescient about the magnitude of the disease, or fast-acting in response, than Trump was. It is his state that leads the nation by far in Covid-19 deaths, especially as the virus raced through state-regulated nursing homes. Yet the news media threw bouquets to Cuomo over his performance, while amplifying every Trump misstep (his ludicrous assertion about coronavirus in the winter that, “We have it totally under control”) while minimizing progress on the amount of testing or distribution of ventilators (the acute national shortage of which some warned has yet to materialize).

This leads to the second set of Trump defenses, which might be lumped together as relativism.

Defenders see Trump as being judged constantly by an absolute standard — how a leader with perfect foresight would have responded — that is unrealistic. Defenders resent what they regard as the sanctimonious pose of politicians and media commentators in imposing censorious verdicts on Trump that they don’t impose on others, much less on themselves.

“Some right-wing led countries have done relatively well and vice versa, same is true of left-wing and centrist governments,” wrote Scott Ruesterholz, a 27-year-old asset manager in New York. “The fact this virus has hit across the Western World with leaders we both admire and dislike struggling to contain suggests quite possibly that spread was inevitable to some extent. At the very least, there is no data that suggests the U.S. has done particularly poor when compared to how the West has done as a whole.”

Critics seize on Trump’s often contradictory statements. Earlier this spring he endorsed guidelines put forth by his own health experts and the next day attacked Democratic governors for keeping their state shutdowns in place even as the administration’s own standards dictated exactly that. His defenders, however, do not interpret this as incoherence. They see Trump, the master improvisationalist, ensuring that multiple interests are reconciled.

“There is nothing wrong with Trump challenging the public health community about how to balance the needs of public health and economic progress,” wrote reader David Levitt. “I am 75 but I am willing to take reasonable risks because I want to socialize with my friends and family, including primarily a 3 year old granddaughter. If I get Covid-19 I am at risk but because I am otherwise healthy, I would still have a very good chance of coming out alive … Any death is terrible but, as epidemiologists at Yale and Stanford have noted, excessive tight lockdowns also have serious negative consequences. Trump recognizes this and, therefore, relies on state and local officials to make important calls about the correct balance between public health and other values. I think most people appreciate this and that public health officials and the medical community are inherently biased in favor of an over-restrictive approach.”

At the start of the pandemic, I posited that whatever happened to Trump in the 2020 election, the pandemic likely represented “the end of Trumpism.” What is the appeal of blustery identity politics in the face of a disease that transcends borders and demands coolly rational remedies? I’m not ready yet to turn myself into the Dept. of Errant Predictions. But it is clear I vastly underestimated how much pandemic politics would be shaped by political perceptions that long predated the virus.

Tiffany Oliver, 29, from Oil City, Pa., said she finds Trump an “flawed and imperfect” leader. But she is also appalled by “the knee-jerk reaction of many Americans to find someone to blame shifts the focus away from personal accountability. Individuals should remain in control of their health and how to respond to a medical threat.”

Steve Allen is a Brit living in New Zealand, but his email neatly captured the contempt of many correspondents toward all politicians. This is a phenomenon that naturally benefits Trump, a performer whose supporters often regard him as a deplorable character but less hypocritical than the opposition. “You know when you wrestle with a pig everybody gets covered in shit but the pig enjoys it,” Allen said.

After reading so many Trump defenses, I wondered: How would one of the primary prosecutors of the president’s pandemic record respond?

Ron Klain, a former chief of staff to Vice President Joe Biden who oversaw Barack Obama’s response to the Ebola virus threat in 2014 and 2015, said he has no trouble understanding or sympathizing with the comments of many Trump defenders. States should indeed follow different timelines for closing and reopening in response to the virus. It is legitimate to consider both public health and the economy. The problem with Trump, he said, is that with a cynical and divisive approach to politics—making masks a new front in the culture wars, for instance—he’s reduced the effectiveness of government at all levels. The result will likely lead to a much slower recovery for both the economy and public health. While some European countries had steeper disease spikes than the United States, he noted, they are also experiencing steeper declines.

It is also a question that will likely will be settled in November and not before.

Want to weigh in? Send your thoughts to [email protected]