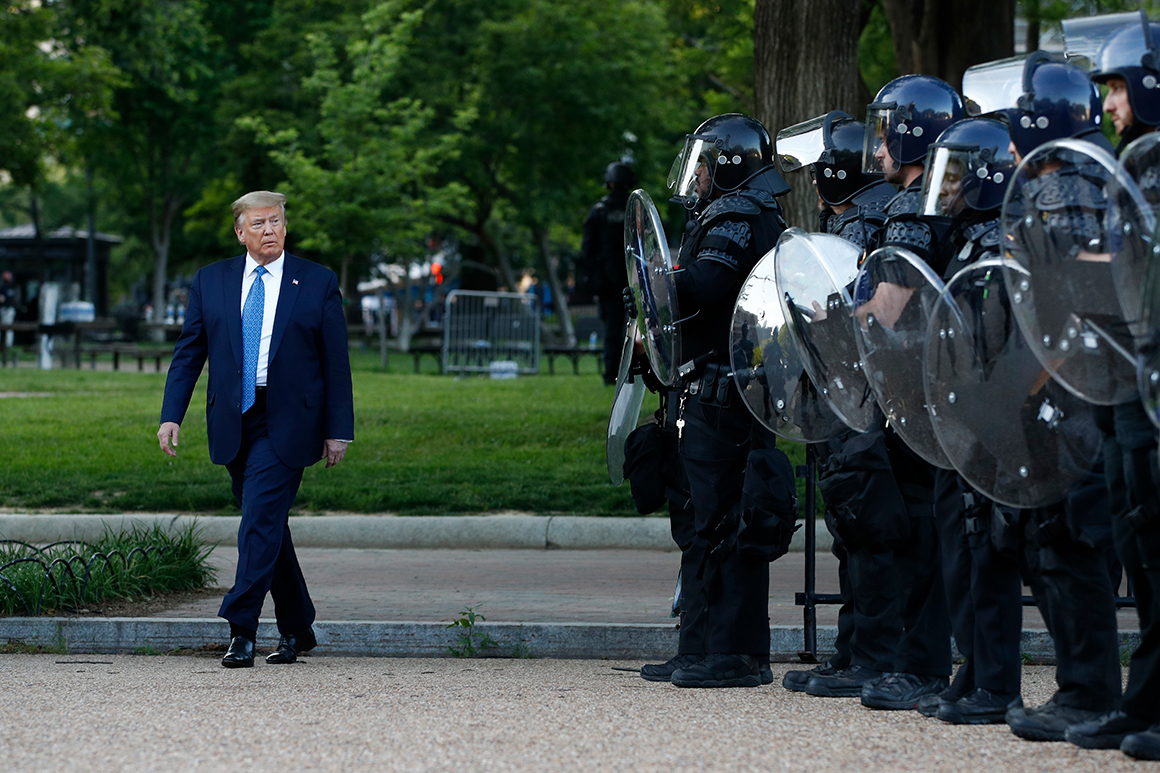 The inquiry is the first step by the Democrat-led House to probe the police and military actions taken in Washington, D.C., ahead of Trump’s remarks on nationwide protests over police brutality in the Rose Garden. Trump declared support for peaceful protesters just as law enforcement officials under his command began forcefully removing nonviolent protesters from Lafayette Park, across from the White House, as they organized. Trump briefly held up a bible for assembled cameras before returning to the White House.

The episode sparked bipartisan backlash on Capitol Hill, where Democrats and some Republicans recoiled at the use of force in what appeared to be an effort to clear space for Trump’s photo-op.

The committee chairs are asking the Trump aides for details on who ordered the law enforcement action — particularly in light of reports that Barr initiated it. They’re also asking for a full roster of agencies involved, what role each agency played, what tactics and devices were authorized to disperse the crowd, who authorized the use of force and communicated them to officers on the front line of the protest and how the entire operation as coordinated among agencies.

“We want to be clear: the use of federal personnel to prevent American citizens from exercising their Constitutional right to peaceably assemble represents a direct threat to our democracy,” the chairmen wrote.

The White House has disputed widespread footage and media reports of the police response, claiming the protests had become violent before the police moved in and that the actions had nothing to do with Trump’s photo at the church. They also disputed that tear gas was used despite the Park Police’s acknowledgement that pepper balls — an irritant meant for crowd control — is classified as a form of tear gas by the Centers for Disease Control and Prevention.