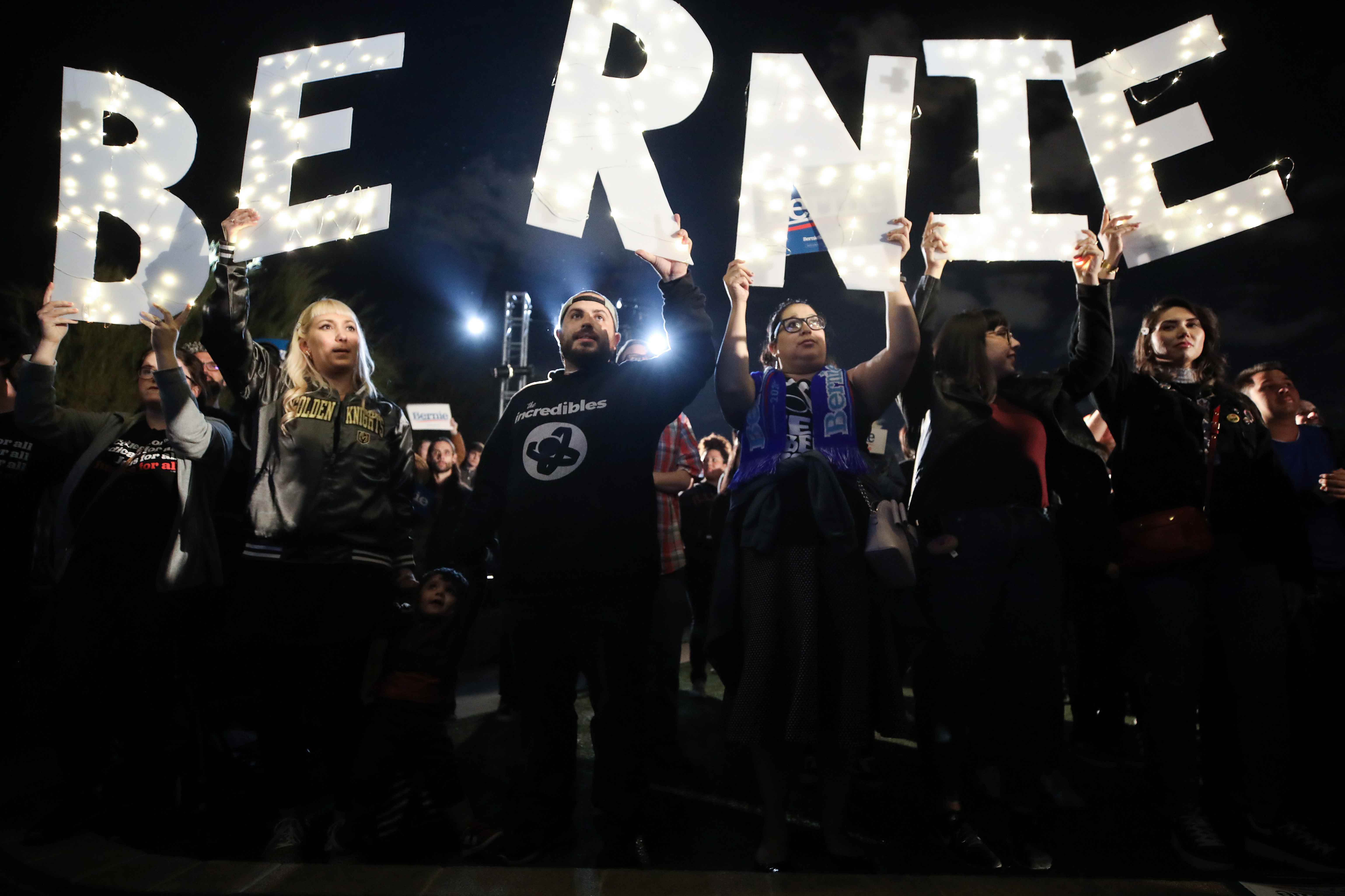 The entrance polls conducted with voters at they arrived at caucus sites throughout the state — combined with exit interviews of nearly 2,000 voters who cast their ballots early — showed Sanders winning 56 percent of voters under age 45 and an astounding 66 percent of those under 30. Those are significantly greater than the shares of young voters Sanders won in New Hampshire earlier this month.

And Sanders, who struggled with older voters in Iowa and New Hampshire, was competitive with them in Nevada. He won 20 percent of those 45 or older, essentially tying Biden (21 percent) for the lead — though Sanders only won 12 percent of seniors age 65 and up, who made up about a quarter of caucus-goers.

Unlike the predominantly white states of Iowa and New Hampshire, roughly a third of the Nevada electorate was comprised of racial minorities, and Sanders won a majority (53 percent) of Latinos, who made up most of those non-white voters. The entrance poll shows Sanders well ahead of Biden (16 percent), the second-place candidate, among Latinos.

Sanders also won white voters, with 28 percent, and he finished a strong second among black voters, with 27 percent to Biden’s 36 percent.

As in New Hampshire, there was a modest gender gap. Sanders ran 8 points better among men (38 percent) than among women (30 percent).

Among the most progressive voters — the 3-in-10 caucus-goers who said they were “very liberal” — Sanders won roughly half, 49 percent. That was easily more than Warren, the second-place candidate, with 17 percent.

Sanders also brought an unshakable group of supporters to the caucuses. Roughly two-thirds of Sanders voters said they decided more than a month ago whom they would support. Among those who decided in the last month, the race was much closer, with Sanders, Buttigieg, Amy Klobuchar and Biden bunched closely together.

For the also-rans, there wasn’t much good news buried inside the entrance poll. Yes, Biden won the African-American vote — but capturing just over a third is hardly locking down that voting bloc, and he’s counting on black voters to deliver his first victory next week in the South Carolina primary.

Buttigieg was jockeying for second place in Nevada’s slow vote tally, but he showed little ability to draw support from non-white voters. The former South Bend, Indiana mayor won 19 percent of the vote among whites, good for second place, but just 7 percent among other voters, including 2 percent among blacks and 9 percent among Latinos, per the entrance poll. That’s a troubling sign headed into South Carolina and a number of Super Tuesday states where whites will be a minority of the Democratic electorate, down from 65 percent of voters in Nevada and roughly 90 percent in Iowa and New Hampshire.

For Warren, her strong debate performance earlier in the week helped, but only at the margins. She was the first choice of 17 percent of voters who decided in the past few days, compared to only 11 percent of those who decided earlier.

Sanders’ opponents’ main line of attack, thus far, has centered around the Vermonter’s support for a single-payer, “Medicare for All” health care plan. But, at least in Nevada, that was a winner among Democratic voters. A majority, 62 percent, support “replacing all private health insurance with a single government plan for everyone,” more than the 35 percent who oppose it.

Sanders won roughly half, 49 percent, of those who back single-payer health care, compared to only 8 percent of those who oppose it.

The other candidates hoped to exploit Sanders’ health care proposal by citing the opposition of some labor groups, including the Culinary Union in Las Vegas. But the entrance poll suggests those attacks fell flat: Sanders won about a third of the vote in organized-labor households, the same percentage he captured among those in non-union households.