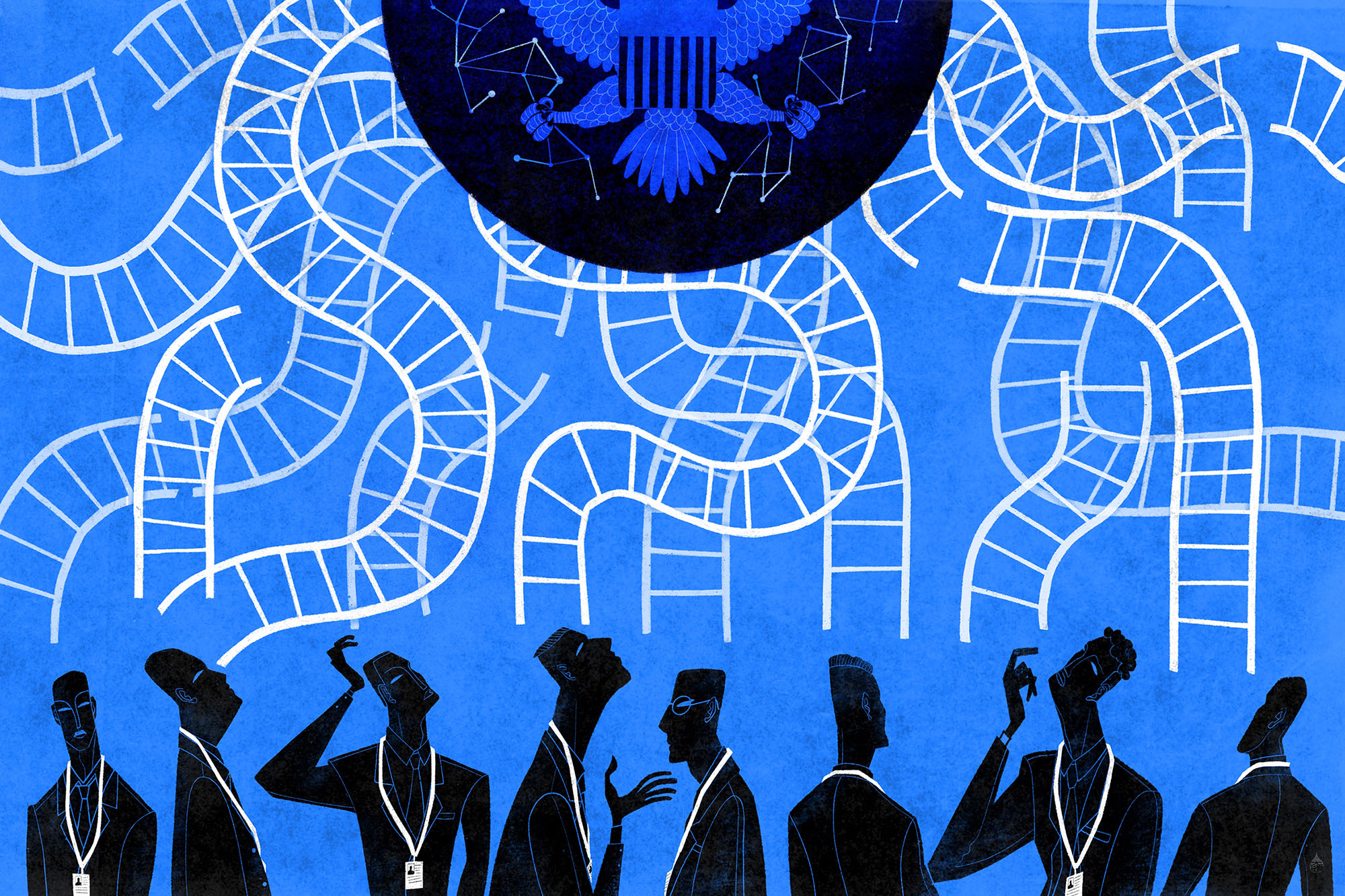 Washington already has a long to-do list where 5G is concerned. Telecom companies are craving more space on the nation’s airwaves to help build a new and faster network; its promised speeds, up to 100 times faster than what consumers currently get, are possible only with swaths of new bandwidth that government agencies need to free up. They also require FCC and Commerce Department consensus on the standards for how they’re allowed to use 5G airwaves, which has spurred fighting over possible interference with weather forecasting.

Much of that is regulated by the Commerce Department, which has had very high turnover. Nowhere is the problem more acute than the National Telecommunications and Information Administration, an agency created inside the Commerce Department in 1978 to take the lead on allocating wireless airwaves for government use. Along with the Federal Communications Commission, it determines which public and private entities have the right to use which parts of the wireless spectrum.

Last May, the agency’s chief abruptly resigned after a year and a half on the job, and his acting successor resigned after just a few months. The administration has never announced plans to nominate a permanent leader in the nine months since. With less than a year left before the November presidential election, it’s likely the agency will stay headless indefinitely, subject to leadership from officials on an acting basis. And even then, the latest acting chief left in December.

One rumored source of conflict has long been Earl Comstock, a high-ranking deputy to Commerce Secretary Wilbur Ross who has tried to assert control over the agency. Rep. Greg Walden of Oregon, the top Republican on the powerful House Energy and Commerce Committee, told POLITICO last year he would discourage any candidate from taking the NTIA administrator role due to concerns about department officials intruding on the agency’s turf. “I’d want to know who is really running the show,” said Walden, who formerly employed the last NTIA leader as chief counsel on the panel. “It’s a question of, are you the NTIA? Or is somebody else running the show?”

The instability has spelled trouble for the Commerce Department’s relationship with the FCC, which unlike the NTIA is an independent agency. Although NTIA manages government-held airwaves and the FCC commercial spectrum, the two frequently have to collaborate to help develop U.S. policy on 5G standards.

Despite the turmoil, there have been some baby steps. Commerce Department and FCC officials seemed to settle some differences in August over 5G standards to safeguard weather forecasting ahead of a global telecom conference.

The Agenda: The 5G Future

But doubts still run high on Capitol Hill among some Democrats and Republicans over the terms of the deal and whether administration officials are on the same page. In the past year, the FCC alone has gotten into airwave spats with the departments of Education, Energy, Commerce and Transportation, typically over what airwaves the FCC can free up for the commercial wireless titans it regulates. The Commerce Department’s NTIA is supposed to be the agency managing these disputes, but some agencies have bypassed it entirely to take grievances directly to the FCC.

Over the week of Christmas, Trump did make a move to impose some leadership in global 5G policy, assigning 5G coordination duties to Robert Blair, a White House staffer serving as top security adviser to acting chief of staff Mick Mulvaney. That made waves for other reasons: Blair had recently defied an impeachment subpoena from the House of Representatives to testify about his role in halting military aid to Ukraine.

Sen. Mark Warner of Virginia, the top Democrat on the Intelligence Committee, told POLITICO that despite having heard “favorable comments that [Blair] is a competent guy,” he finds the choice surprising. The stakes are high, and U.S. dominance in 5G is necessary to counter the rising threat of China and its titanic firms such as Huawei. Trump has been lobbying allied countries to spurn using Huawei equipment in their 5G networks.