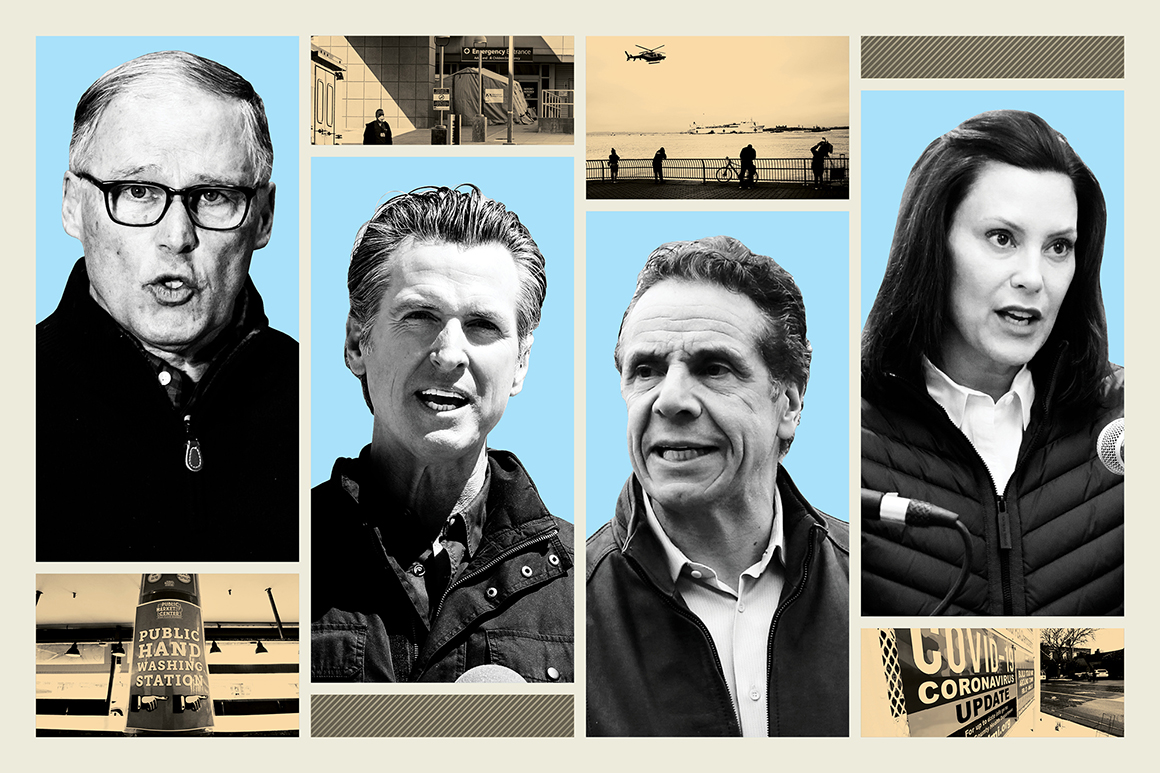 California Gov. Gavin Newsom is also getting an introduction to a national audience. Doctors are closely watching California — where Newsom issued the nation’s first coronavirus-related statewide stay-at-home mandate — and are cautiously optimistic that efforts there might help suppress a surge in infections.

Trump’s criticism of Whitmer, the Michigan governor, may have done more to boost her national profile than the Democratic response she gave to his State of the Union speech earlier this year. As they’ve feuded over the federal government’s lagging coronavirus response, Trump’s dismissal of Whitmer as “the woman in Michigan” has inspired T-shirts memorializing the phrase — a “nevertheless, she persisted” for the coronavirus era.

Recent election cycles have been agonizing for current and former governors who aspire to be president — a class of politicians who once ascended regularly to the White House but whose stars have faded in a Washington-centric world.

In this year’s Democratic primary, it was Inslee, Steve Bullock, Deval Patrick and John Hickenlooper — all current or former governors — who fell flat. The nationalization of the media has thrown greater attention to senators and House members in recent years, while mayors and governors toiled in the wilderness.

The coronavirus, said Ace Smith, a former top strategist on Sen. Kamala Harris’ presidential campaign and a current adviser to Newsom, “is the exception to the rule.”

“It’s going to be one of the most searing memories of a generation,” he said.

Bill Richardson, a former New Mexico governor who ran for president in 2008, said Cuomo; Newsom; two Republican governors, Larry Hogan of Maryland and Mike DeWine of Ohio; and his own state’s Democratic governor, Michelle Lujan Grisham, have all improved their national political standing as a result of their handling of the pandemic. Other Democrats say the same of Inslee, the Washington governor, and J.B. Pritzker of Illinois.

Biden confirmed on MSNBC this week that Whitmer is among women he is considering for his vice presidential running mate.

“People will remember this, and there will be repercussions from this,” said George Arzt, a longtime Democratic consultant in New York who has previously worked for Cuomo. “Things have changed. Now they’re going to be looking for people who ran states and ran them well.”