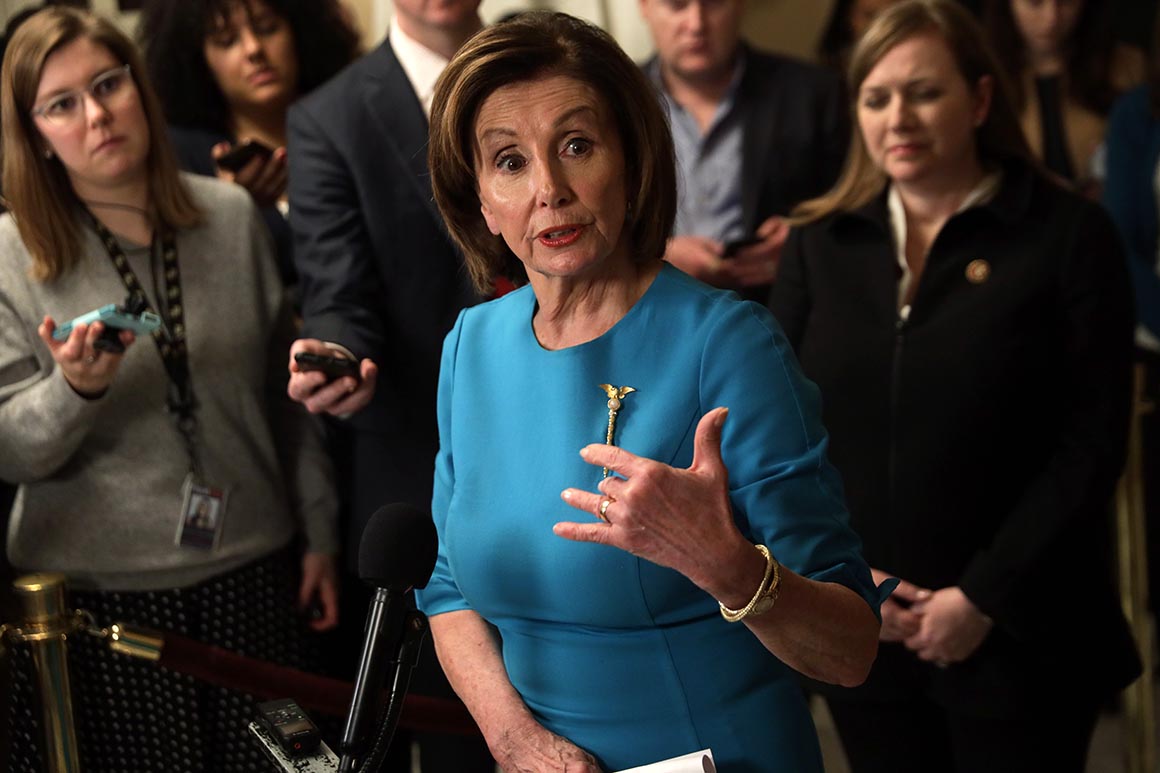 Democrats want to further plump the direct payments that would go out to Americans under the bill, proposing $1,500 per person, instead of the $1,200 on the table under the Senate measure laid out Sunday. Unlike the latest plan from Senate Republicans, however, higher earners would have to pay back part or all of the assistance over three years if their taxable income is $75,000 or more for a single filer or $150,000 or more for couples filing jointly. The money would be available to anyone with a tax ID number, and to retirees and people who are unemployed, rather than just to people who file taxes for 2019 or get Social Security.

Health care providers and community health centers would receive about $150 billion, while hospitals would get an additional $80 billion in low-interest loans. The proposal is more in line with industry requests, compared to the $75 billion Senate Republicans have offered. The House bill would also waive treatment costs, abandon certain barriers to accessing medicines and provide safety protections for health workers.

The unemployed would get an extra $600 per week on top of state or federal benefits in order to replace 100 percent of lost wages. The measure would also extend paid sick leave benefits to cover individuals, such as health care workers and first responders, who were cut out of Congress’ second coronavirus response.

House Democrats want to go much bigger in sending emergency money to federal agencies, proposing hundreds of billions more than the $242 billion Senate Republicans have pitched, according to a Democratic aide. The White House, meanwhile, has made a narrowly tailored request for $46 billion.

If airlines are going to get billions of dollars in loans under the bill, Democrats say they need to cut their carbon emissions in half by 2050. The House’s measure would also kick in $1 billion to help develop sustainable fuels for planes and create a program for the government to buy less-efficient aircraft, à la “cash-for-clunkers.”

Taxpayers could make early withdrawals from their retirement funds without having to pay the usual 10 percent penalty during the coronavirus crisis, and required minimum withdrawals would be suspended for 2020. Health insurance premium tax credits under the Affordable Care Act would be expanded.

Laying on the lobbying restrictions

The House bill goes much further than the Senate measure when it comes to limiting executive pay and stock buybacks, as well as imposing lobbying restrictions. For example, the House package would bar such corporations from lobbying the federal government — a move sure to arouse anger on K Street among Democratic and Republican lobbyists alike.

Companies would get credits against payroll taxes for giving employees any kind of sick or family medical leave, not just for coronavirus-related reasons.

Businesses would get to deduct losses from this year, last year and 2018 from their taxes for any of the last five years. The Senate bill includes a similar “carry back” provision. The House did not include provisions allowing faster write-offs for restaurant and retail business investments or bigger deductions for business interest, both of which are in the Senate bill.

Airlines would receive about $40 billion in grants through the House package, as well as up to $21 billion for unsecured loans and loan guarantees for a total of $61 billion in aid. Senate Republicans have proposed $58 billion in loans and guarantees, plus a holiday from paying fuel tax.

Smaller increase for the Pentagon

House Democrats would give the Defense Department an $8 billion emergency boost, including $500 million for purchases made under the Defense Production Act. The Senate GOP bill would provide the Pentagon with a $10 billion hike.

While hundreds of internet providers have already promised they will not cut off service to households and small businesses while the coronavirus rages, the bill would ensure it’s illegal to do so.

Further action from the Fed

Consumer debt payments would be suspended and the Federal Reserve would have to establish a program to reimburse creditors for lost revenue. The central bank would also have to support state and local bond markets, in addition to providing direct loans to small businesses.

The bill includes an extra $450 million boost to food banks, as well as whatever funds are “necessary” to account for more people in need of food stamps. Senate Republicans had proposed about $15.6 billion in food stamp assistance.

The FTC and top lawyers at the state level would get more power to go after people and companies that price-gouge during the pandemic.

Besides spending $1.5 billion to help low-income households pay water bills, the House legislation would ban utility providers from cutting off service during the crisis.

Doubling up on education cash

Democrats are calling for $60 billion in emergency assistance to go out for education initiatives, about three times the amount the Senate bill contains. That total includes $30 billion to help K-12 schools, as well as $10 billion for colleges and universities.

Saving the T-band for first responders

By doing away with a mandate that the FCC sell off the T-band, the plan Democrats are pushing would make winners out of first responders in the ongoing fight over auctioning the spectrum they use for emergency communications.