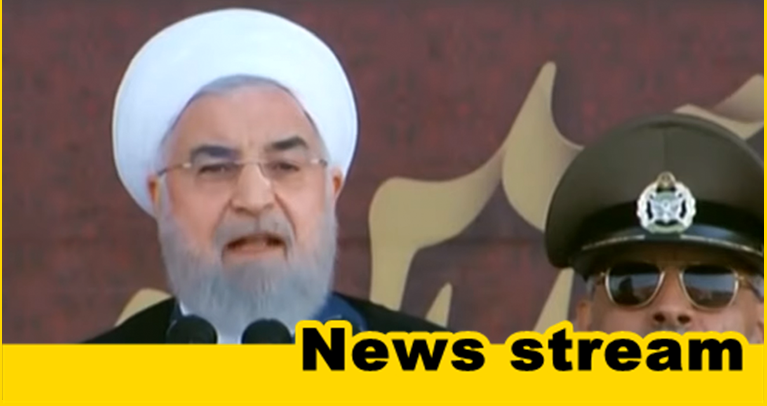 Tension continues to run high as Iran has unveiled long-range missiles that could potentially hit U.S. bases while warning Americans to “stay away.”

President Trump has deployed military forces to the Middle East after attacks on major oil sites in Saudi Arabia that the administration has blamed on Iran. Iranian President Hassan Rouhani urges Americans to “stay away.” pic.twitter.com/fDAygLJ4H2

The Telegraph reports Iran’s president has warned American and other foreign forces to “stay away” from the region, as Tehran paraded long-range missile capable of reaching American bases.

Hassan Rouhani said the presence of such troops in the Gulf has always brought “pain and misery”, in a speech made at an annual military parade to commemorate the war with Iraq.

Mr Rouhani spoke in response to an announcement made by the US on Friday that it was sending more troops to Saudi Arabia after an attack on Saudi oil facilities both nations blame on Iran.

“Wherever the Americans or our enemies have gone, there has been insecurity afterward,” the Iranian president said. “The farther you keep yourselves from our region and our nations, the more security there will be.”

At the parade, the Islamic republic displayed the Khordad-3 air defence system that shot down a US drone in June. It also showcased the long-range, surface-to-air Bavar 373 missile that can travel more than 1,250 miles, bringing it in range of US bases in the region and arch-foe Israel.