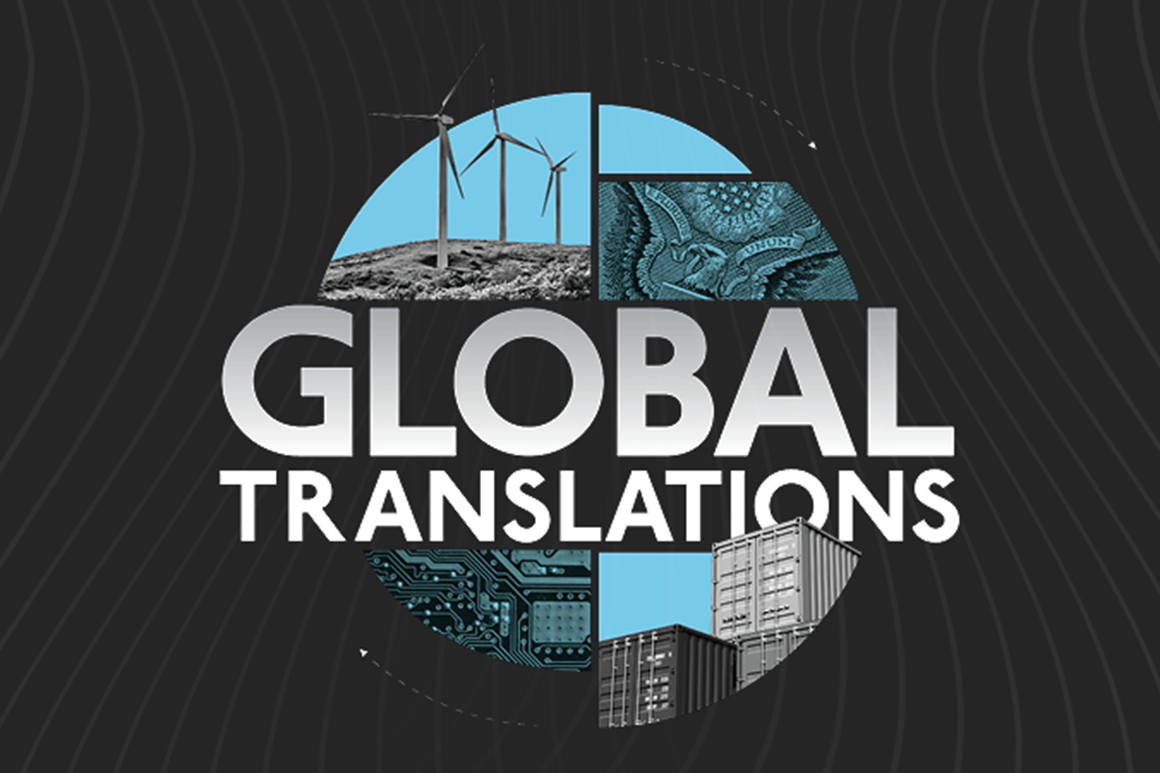 At one end of the web, Wired shouted with a straight face that “With a $10 Billion Fund, Jeff Bezos Can Control the Planet’s Future.” At the other end, tax and climate activists pointed out that Bezos’ freedom to donate is largely derived from Amazon paying a corporate tax rate of barely 1 percent. Then there’s the question of Amazon’s convenient deliveries and massive data centers, which together emitted about 44.4 million metric tons of carbon dioxide in 2018.

The world was left wondering if Bezos is part of the problem or part of the solution. The answer, according to Rachel Kyte, is both. The new dean of Tuft University’s Fletcher School and former U.N. Sustainable Energy envoy, told Global Translations that it’s a good thing if other climate-shy philanthropists can learn from Bezos. At the same time, Kyte insists that philanthropy is an inefficient model for mitigating climate change. “It’s a silver bullet mindset that is not going to get us there,” in terms of stabilizing the climate, she said. What is needed instead is mass-scale green infrastructure, driven by long-term global policy incentives, and for leaders like Bezos to change their own company practices: “If he was aggressive, he could move a mountain,” she said about Amazon’s vehicle fleet and Amazon Web Services’ huge electricity needs.

One of the deeper legacies of Bezos’ move may not be philanthropic: it may lie in cementing the idea that employee climate activism works. Bezos depends on the goodwill of around 800,000 employees. While Amazon employee activists were not pleased with Bezos’ announcement, they likely played a role in his making it, after months of loud complaints about Amazon’s carbon footprint. The same dynamic has been driving many corporate sustainability initiatives, including those of corporate platforms like World Economic Forum’s annual meeting in Davos.

For Kyte’s part, she is more excited by the changes in sustainable finance than in philanthropy. Investor pressure is “beginning to bite,” she said: “The big guys are scrambling. They’re buying boutique firms to get more competence” to cope with pricing climate risks and to avoid being stuck with stranded assets.

In addition to asking what Bezos will spend his $10 billion on, it’s interesting to ponder how green Amazon would be today if Bezos had built sustainability into its business model by design. That’s the approach of entrepreneurs such as Tesla’s controversial CEO Elon Musk, who has bet that developing the best performing batteries is Tesla’s way to beat other car companies. Amazon instead focused on keeping costs low and reinvesting sales profit margins into growing the business.

BEYOND ENVIRONMENT: Sustainability is a constantly changing discussion. We take sustainability to mean creating impacts on society (be it through systems, organizations or governance) that shape something better for future generations. In other words, it’s about impact rather than rhetoric or ideology, and it’s about more than the natural environment. On that note, this week we’re taking a look at 24/7 work culture and business ethics.

THE RIGHT TO DISCONNECT: Workers should have the right to disconnect and not be treated like “robots,” the EU’s Jobs Commissioner Nicolas Schmit said at a POLITICO event. If the EU wants to establish a sustainable society and economy it has to end the “horror” of our inability to sign off. “The right to disconnect is something very normal, because we’re not robots,” he said. While some companies have already taken action to guarantee the right, “unfortunately not all companies are intelligent,” he said. Sounds like more EU lecturing or rules are on the way.

WHAT ETHICAL RESPONSIBILITIES DOES A BUSINESS HAVE? Alison Taylor, Executive Director for ethical system at NYU’s Stern School of Business, kick-started a great conversation on Twitter and LinkedIn about the ethical responsibilities of business. The replies showed a keen sense that large companies are hypocritical on tax and lobbying issues, and that ethical behavior is still seen by some as a choice rather than an imperative. Green frustrations included suspicion around who or what a company has to sacrifice to grow quickly, and a “huge disconnect” between multinational compliance and sustainability programs and “the core operating model of the business.” For example, a company may end up supporting carbon reduction efforts while funding a trade association blocking emissions regulation. Here’s Harvard Business Review on the business case for ethics (and why business case isn’t the point).

SCARCITY — BOLIVIA’S BOILING-OVER LITHIUM FIGHT: Bolivia has the world’s largest known deposit of lithium, enough to supply 20-80 years of the world’s quickly rising total lithium needs (laptops, smartphones, electric cars and renewable energy batteries). But can the dreams of a state-run lithium industry lift the entire nation out of poverty? Or will Bolivia fling open the doors to foreign investors? Or will it all come to nothing, Protocol asks?

LEFT HAND, RIGHT HAND: Sustainability disclosures by European companies generally poor: study. The Alliance for Corporate Transparency studied 1,000 firms and found that while 36 percent of firms had set a climate target, only 14 percent ensured they aligned with the Paris climate deal. Filip Gregor, head of Responsible Companies at Frank Bold, the public interest law firm that backed the study, said “The results of the research show that existing EU legislation is not meeting its objectives.” Valdis Dombrovskis, the EU’s vice president for finance, said Tuesday that the European Union was happy to “take the lead” on sustainability reporting as part of its broader efforts to become climate neutral by 2050, but “the EU cannot do this alone.”

Green National Budgets: The EU’s Dombrovskis said Wednesday that the EU will soon “screen and benchmark green budgeting practices” for the public sector.

Oil and gas emits 40 percent more methane (the most potent greenhouse gas) than previously understood, according to a study in Nature.

Terms of Endearment: Linden Trust for Conservation produced this handy guide to the terms being thrown around in 2020 climate commitments.

Carbon Brief has a profile of Iran, the world’s eighth-largest carbon emitter.

Hungary discounts green mortgages: A 5-7 percent discount on capital requirements for green mortgages makes them more profitable for banks and — in theory — borrowers.

Hypocrite alert: We don’t know which European VIP was in this motorcade that traveled just 100 yards but we know that you can have a Green Deal or you can have a 100 yard-only motorcade. But you can’t have both.

CORRECTION: This article was updated to reflect Linden Trust for Conservation as the source of a listed climate terminology guide.