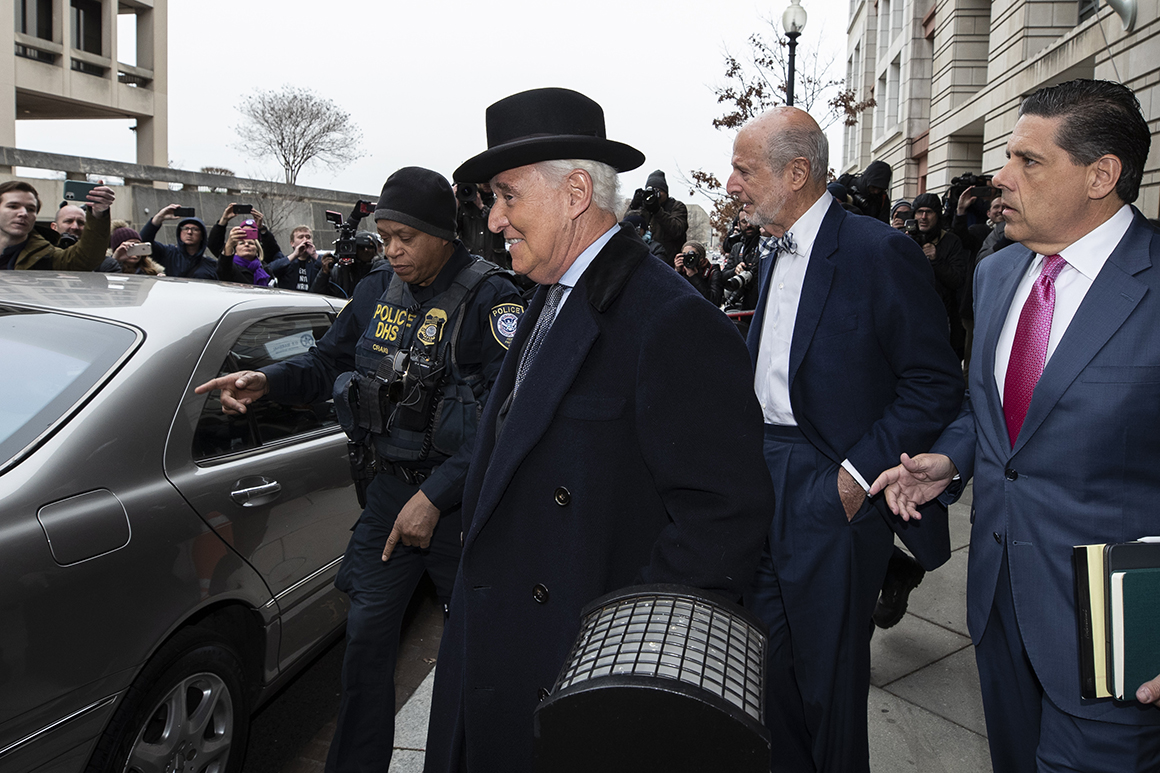 The jury took about a day to unanimously find Stone guilty on all seven counts he faced related to impeding Congressional and Justice Department investigations into Russian interference in the 2016 presidential election.

The recusal motion argued that Jackson evinced bias because during the sentencing hearing Thursday she said the jurors in the case “served with integrity.” But in a six-page order released Sunday evening, the Obama-appointed judge said her remark fell well short of the kind of evidence of bias that would require a judge to step aside.

“Judges cannot be ‘biased’ and need not be disqualified if the views they express are based on what they learned while doing the job they were appointed to do,” Jackson wrote, noting that recusal for bias typically stems from statements judges make outside of court or when they opine on issues in the case in unofficial settings.

“The defendant has not suggested that the Court said one word about him outside of the courtroom, or to anyone other than the parties, at any time. Its characterization of the jurors’ service was voiced on the record, and it was entirely and fairly based on the Court’s observations of the jurors in the courthouse; through the nine days of voir dire and trial, when they were uniformly punctual and attentive, and through their thoughtful communications with the Court during deliberation … and the delivery of the verdict,” Jackson said.

Jackson said she wasn’t addressing the jury-related motion when she made the brief remark Thursday, but even if she was, she had already heard from both sides in writing on the jury issue and was free to comment or even rule on it.

“If parties could move to disqualify every judge who furrows his brow at one side or the other before ruling, the entire court system would come to a standstill,” the judge warned.

The order contains more indications that Jackson has grown frustrated with and irritated by Stone’s defense team. During the sentencing Thursday, she excoriated the defense over its closing argument, riffing on the refrain of “So what?” that the defense used in its unsuccessful bid to get jurors to acquit Stone.

“So what? So what? Of all the circumstances in this case, that may be the most pernicious,” the judge declared during her nearly 45-minute statement pronouncing the sentence to a packed courtroom in Washington. “The truth still exists. The truth still matters. Roger Stone’s insistence that it doesn’t, his belligerence, his pride in his own lies are a threat to our most fundamental institutions, to the very foundation of our democracy.”

Stone’s motion for a new trial remains pending before Jackson with the defense’s next filing on the issue due Monday. She said last week she had not decided whether or not to hold a hearing on the motion.

The judge has ordered that Stone not be required to report to jail to serve his 40-month sentence for at least two weeks after she rules on the motion for a new trial. Stone’s allies are also lobbying Trump to pardon him, although the president has said he wants to allow the process to play out and has predicted Stone will be “exonerated.”