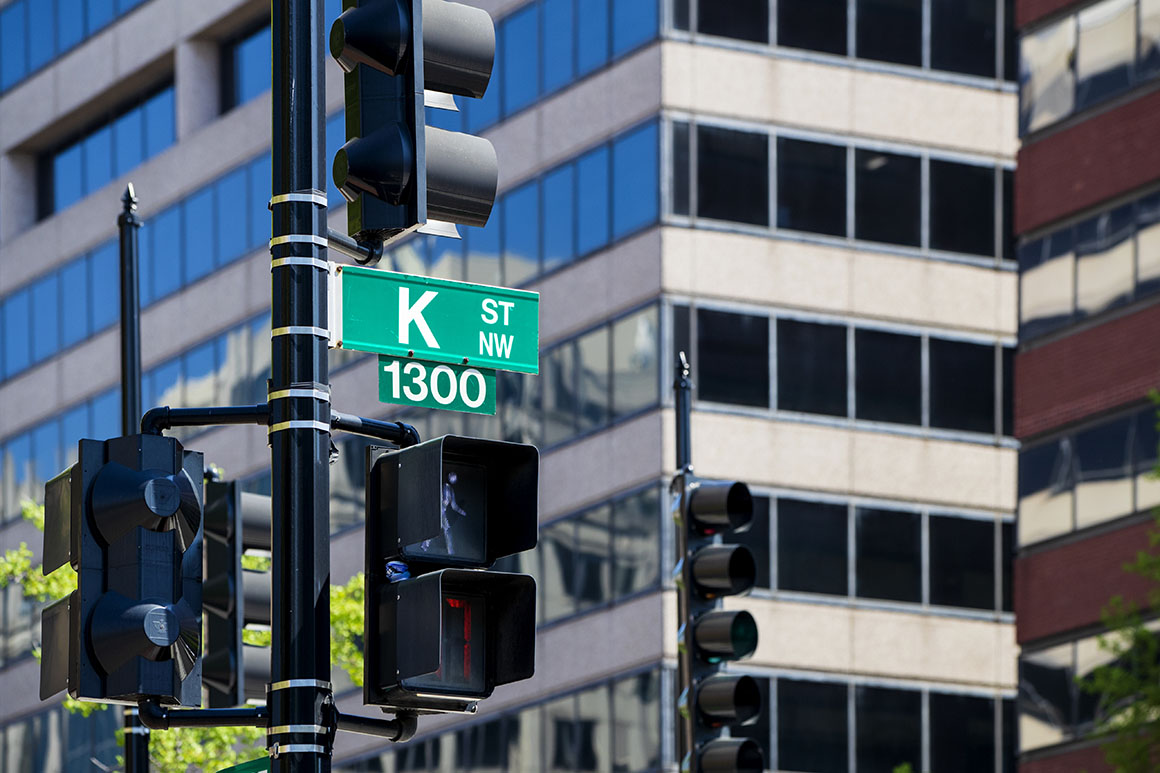 Business is booming on K Street, but lobbyists are also dreading what might be on the horizon if the economy slumps into a protracted recession, according to interviews with more than a dozen lobbyists for this story. Several privately expressed worry that business could dry up if the companies with falling revenue move to cut expenses. Some lobbying firms could even go under.

The pain has started already at some firms. K&L Gates — a prominent law and lobbying firm that snapped up former Rep. Jeff Denham (R-Calif.) when he left Congress last year — announced in an internal email last week that it would cut pay by 15 percent across the board starting next month. (Partners face bigger cuts, while those making less than $75,000 a year are exempt.) The pay cuts came even though K&L Gates has signed two new lobbying clients for coronavirus-related work in recent weeks, according to disclosure filings.

“I would never call it a gold rush, and I think it would be foolish for people to feel lobbying firms won’t feel a negative impact when the economy takes a hit like this,” said Hunter Bates, a former aide to Senate Majority Leader Mitch McConnell who’s now a top lobbyist at Akin Gump Strauss Hauer & Feld. His firm has signed at least eight new clients for coronavirus-related work.

Several lobbyists warned that some less established lobbying firms could fold, as they did in the 2008 financial crisis. “This is going to be like that, but orders of magnitude greater,” one Democratic tax lobbyist said.

But for now, the chaos has been unmistakably good for business. Hospitals, casinos, Indian tribes, pharmaceutical interests and private equity firms have all hired lobbyists for help, along with companies from 3M to Ticketmaster to Six Flags.

Weeks after Trump signed the bill into law, K Street has been working overtime to sway Mnuchin and other officials charged with writing the rules that will govern who gets the money and how much they get. They’ve also got an eye on upcoming legislation to battle coronavirus and give the flailing economy a shot in the arm — the next chance tuck industry requests into a must-pass spending bill.

Lobbying itself, centered around in-person meetings and hobnobbing at fundraisers, is now confined to phone calls, text messages, emails and Zoom conferences, often with small children wailing in the background. The inability to meet with members of Congress on Capitol Hill has put even more of a premium on lobbyists who have their cell phone numbers.

“Communicating via email and cell phone are the keys to the game right now, and access is high for those that already have access and relationships with the key players,” Brian Wild, a one-time aide to former House Speaker John Boehner who’s now a lobbyist, wrote in a recent memo to clients.

The lobbying rush has given a boost to Wild’s firm, Brownstein Hyatt Farber Schreck, which has signed at least 17 new lobbying clients for coronavirus-related work, including the casino giant Wynn Resorts and the National Retail Federation, according to the firm.

Nearly 200 companies, trade groups and other organizations have hired lobbyists to advocate for them on coronavirus-related matters, according to a POLITICO analysis of disclosure filings. The health care giants Tenet Healthcare and Envision Healthcare have each brought on two new lobbying firms in recent weeks for help with coronavirus. General Electric, Ford, New York’s Metropolitan Opera, Uber and Darden Restaurants — which owns the Olive Garden and other chain restaurants — have also added lobbying firepower.

Other companies and trade groups have turned to lobbyists who were in Congress themselves not long ago. Former Rep. Bill Shuster (R-Pa.), who served as the House Transportation and Infrastructure Committee’s chairman before leaving Congress last year, lobbied on the coronavirus relief bill for the National Air Traffic Controllers Association. The trade group paid his firm $60,000 to lobby on the bill and other issues for a little more than a month, according to disclosure filings.