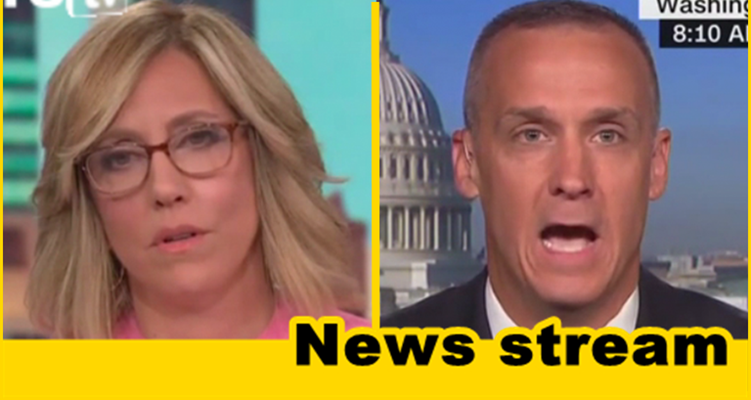 During a fiery exchange with CNN’s Alisyn Camerota, Trump ally Corey Lewandowski argued his honesty should not be questioned when CNN hired former Comey right hand man Andrew McCabe, who currently has a “criminal referral” and is believed to be likely indicted for lying under oath.

Per the Federalist, the Office of the Inspector General report states that McCabe authorized another FBI agent to leak information about an ongoing investigation into Clinton Foundation to The Wall Street Journal, not in the interest of the public, but for his own personal gain.

We determined that as Deputy Director, McCabe was authorized to disclose the existence of the [Clinton Foundation] Investigation publicly if such a disclosure fell within the “public interest” exception in applicable FBI and DOJ policies generally prohibiting such a disclosure of an ongoing investigation. However, we concluded that McCabe’s decision to confirm the existence of the CF Investigation through an anonymously sourced quote, recounting the content of a phone call with a senior Department official in a manner designed to advance his personal interests at the expense of Department leadership, was clearly not within the public interest exception. We therefore concluded that McCabe’s disclosure of the existence of an ongoing investigation in this manner violated the FBI’s and the Department’s media policy and constituted misconduct.

He “lacked candor” (aka lied) both under oath and not under oath on repeated occasions about whether or not he was the one who authorized the leak to the press.

ALISYN CAMEROTA: There’s another moment that’s gotten a lot of attention. Where you basically admitted the conditions with which you tell the truth. So leet’s play this moment.

COREY LEWANDOWSKI [clip from 9/17 committee testimony]: I’m a truth teller every time I stand before Congress, or a committee of jurisdiction, and raise my hand and swear to God under oath.

BARRY BERKE [Democrat committee counsel]: My question, sir, is when you said the President never asked you to get involved with Mr. Sessions —

BERKE: So you’re admitting that on national television you were lying there?

LEWANDOWSKI: What I’m saying is, they’ve been inaccurate on many occasions and perhaps I was inaccurate that time.

CAMEROTA: Okay, Corey, so just to be clear. You only feel the obligation to tell the truth when you’re under oath?

LEWANDOWSKI: Alisyn, excuse me. Excuse me —

LEWANDOWSKI: I’ll be happy to answer your question and I’ll be held to the same standard as the employees and contributors to CNN which means —

CAMEROTA: What are you talking about?

LEWANDOWSKI: When I am under oath, I will tell the truth. That can’t be said, the truth, as James Comey, or Andrew McCabe, who’s employed by CNN.