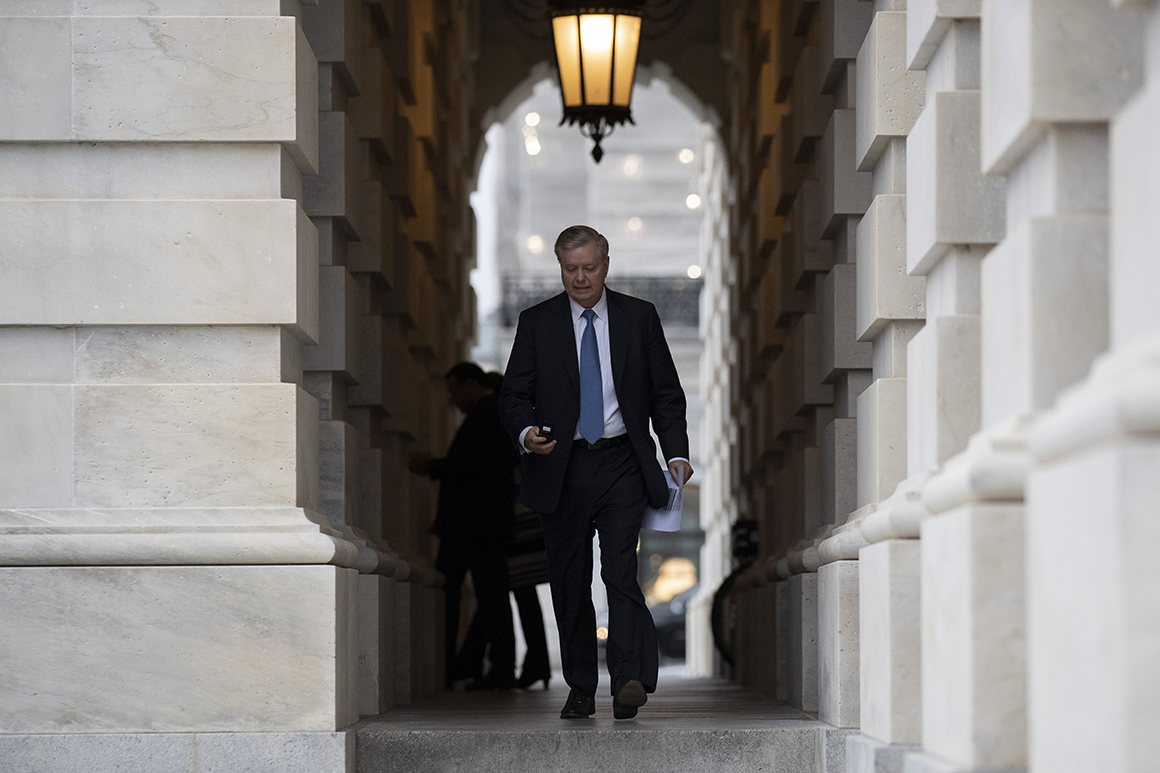 Graham’s appearance on “Face the Nation” was preceded by a somewhat cryptic tweet from President Donald Trump.

“DeFace the Nation will tell @LindseyGrahamSC that he must start up Judiciary and not stop until the job is done. Clean up D.C. now, last chance!” Trump tweeted Sunday morning as the show was starting.

“Here’s what I want to tell the president: I’m not going to be the Republican Christopher Steele. So, Rudy Giuliani last night said he’s got the goods on Hunter Biden,” Graham said Sunday. “I called the attorney general this morning, and Richard Burr, the chairman of the Intel Committee, and they told me take very cautiously anything coming out of the Ukraine against anybody.”

Steele was the author of a 2016 intelligence report about Trump that drew widespread condemnation from Republicans because it was based on what they claimed to be phony sources from the former Soviet Union. Republicans also claimed that the Steele report was the basis of Democratic investigations into Trump.

Graham advocated for caution on accepting any information from Ukraine — the country at the center of Democrats’ now-closed impeachment inquiry into the president.

“I’m saying that anybody who has any information coming from the Ukraine needs to turn it over to the intelligence community,” Graham told host Margaret Brennan.

“What I’m trying to say — to the president and anybody else — that the Russians are still up to it. Deterrence is not working. So let’s look at Hunter Biden’s conflict. Let’s look at Joe Biden,” Graham added. “But when it comes to documents coming out of the Ukraine, the Republicans and Democrats, be very cautious. Turn anything you’ve got over to the Intel Committee.”

Brennan also asked Graham what he thought about Trump’s Friday ouster of Lt. Col. Alexander Vindman and Gordon Sondland, the ambassador to the European Union — both of whom testified in the House’s impeachment hearings.

“I think his reassignment was justified,” Graham said of Vindman. “I don’t think he could be effective at the” National Security Council.