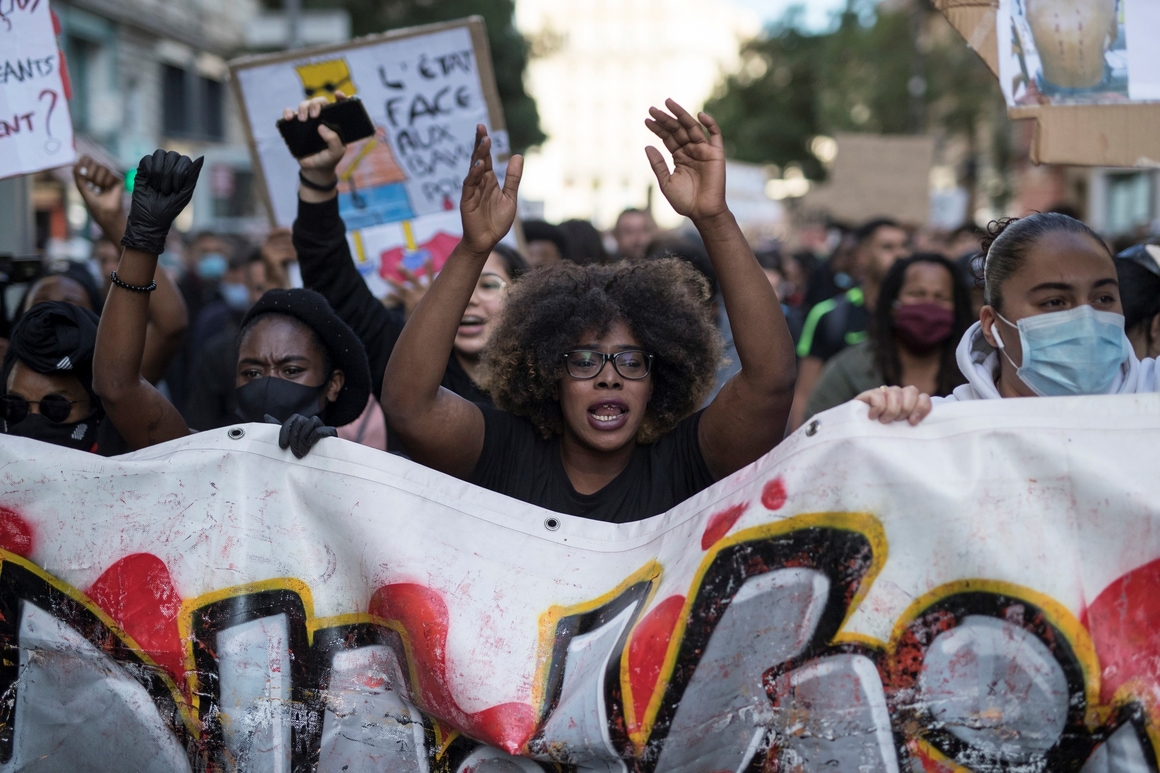 Still, Macron notably recognized that some French citizens continue to face discrimination because of their race, in a country that bans racial statistics.

“Our fight must continue … to fight against the fact that one’s name, address, skin color still all too often reduce the equal opportunities everyone should have,” Macron said.

He also reiterated his support for law enforcement, who have protested in recent days to denounce what they say was a lack of proper support by Interior Minister Christophe Castaner. At the beginning of last week and in response to protests, Castaner had initially banned the use of chokeholds during arrests, and said officers should be suspended for acts of racism, or “verified suspicion” of racism.

Days later, after meeting with angry police unions, Castaner backtracked on suspensions linked to a “verified suspicion” and said chokeholds could be allowed only to get suspects onto the ground.

“Without republican order, there is no security or freedom, and this order is ensured by police officers and gendarmes,” Macron said.