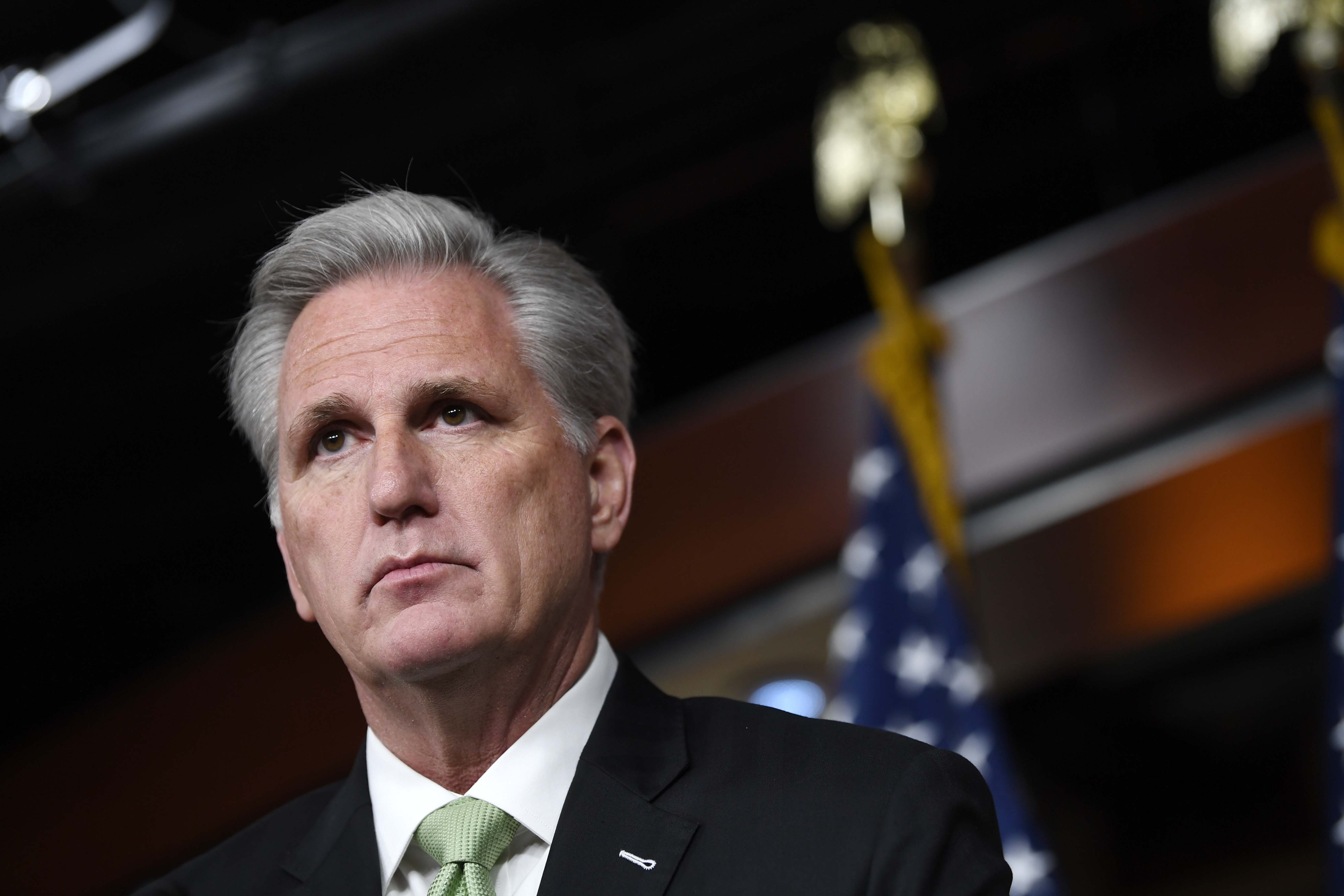 “A deal would look like the PPP … You could possibly get some hospital. I think that would be the deal. I don’t think you’d get any state money. … that’s where I think it would end,” said McCarthy, who flew back to D.C. this week and had a meeting in the Oval Office with President Donald Trump and Treasury Secretary Steven Mnuchin Thursday night. “I’m fine with doing some hospital [money].”

McCarthy also said he could support additional funds for the Economic Injury Disaster Loan program, another program for small businesses that Democrats are pushing to increase.

The shift tone — which comes as both sides are facing mounting pressure to reach an agreement — could pave the way for a potential deal following over a week of partisan gridlock.

The shift in tone comes after both sides are facing mounting pressure to reach an agreement. Republicans spent all week hammering Speaker Nancy Pelosi and Democrats for holding up critical aid to small businesses. “I think it’s backfiring on Pelosi,” McCarthy said.

McCarthy said he’s heard from Democratic lawmakers who are growing restless and just want to pass the small business aid. But only one Democrat — Sen. Kyrsten Sinema of Arizona — has publicly broken with Democratic leadership.

But efforts to fast-track a vote will take cooperation from all members — and Rep. Thomas Massie (R-Ky.) has already signaled he wants a recorded vote, which would require a quorum — at least 216 members — to be present in the Capitol.

Members in both parties have been promised that they will receive ample notice if they need to return to Washington.