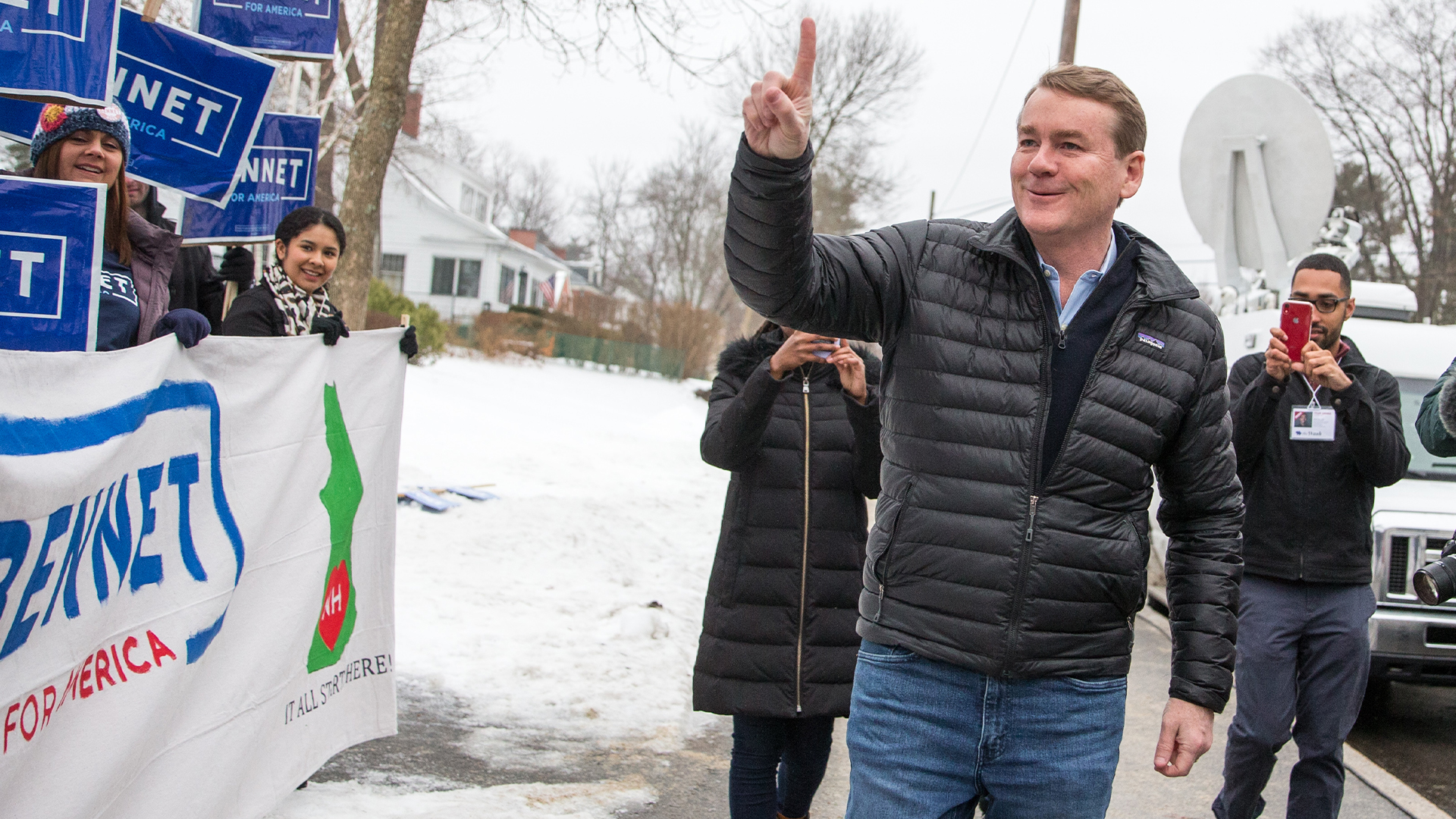 Bennet has been elected twice statewide in Colorado, one of the key swing states of the past decade, and he argued throughout his campaign that other candidates — especially those to his left — did not understand how to win battleground territory.

He also lambasted the DNC after getting excluded from the debates, calling its criteria for inclusion “undemocratic” and saying it and Chairman Tom Perez were “rewarding celebrity” and “stifling debates” with the polling and fundraising rules.

Arguably, Bennet missed his celebrity campaign moment by having it too early. During the government shutdown in January 2019, the usually low-key senator exploded into an uncharacteristic rant against Sen. Ted Cruz (R-Texas), which set a record as C-SPAN’s most-watched video ever on Twitter at the time.

Bennet did attract a handful of die-hard supporters on the campaign trail, including Gary Hart, the former Colorado senator who mounted an outsider challenge for the Democratic presidential nomination in 1984. But it wasn’t enough for Bennet to make a splash in the 2020 race.

Bennet joined the presidential race in late April after getting a clean bill of health following a cancer diagnosis. But his late entry, months after most of his Democratic opponents, put him far behind the rest of the field in everything from fundraising to building campaign infrastructure in the early primary and caucus states.

But Bennet struggled to carve out a moderate lane for himself, as he competed with several other, higher profile candidates, most notably former Vice President Joe Biden, former South Bend, Ind., Mayor Pete Buttigieg and fellow Sen. Amy Klobuchar. Bennet was the seventh senator to jump into the 2020 field — and, now, the fourth to drop out, after Sens. Cory Booker, Kirsten Gillibrand and Kamala Harris.