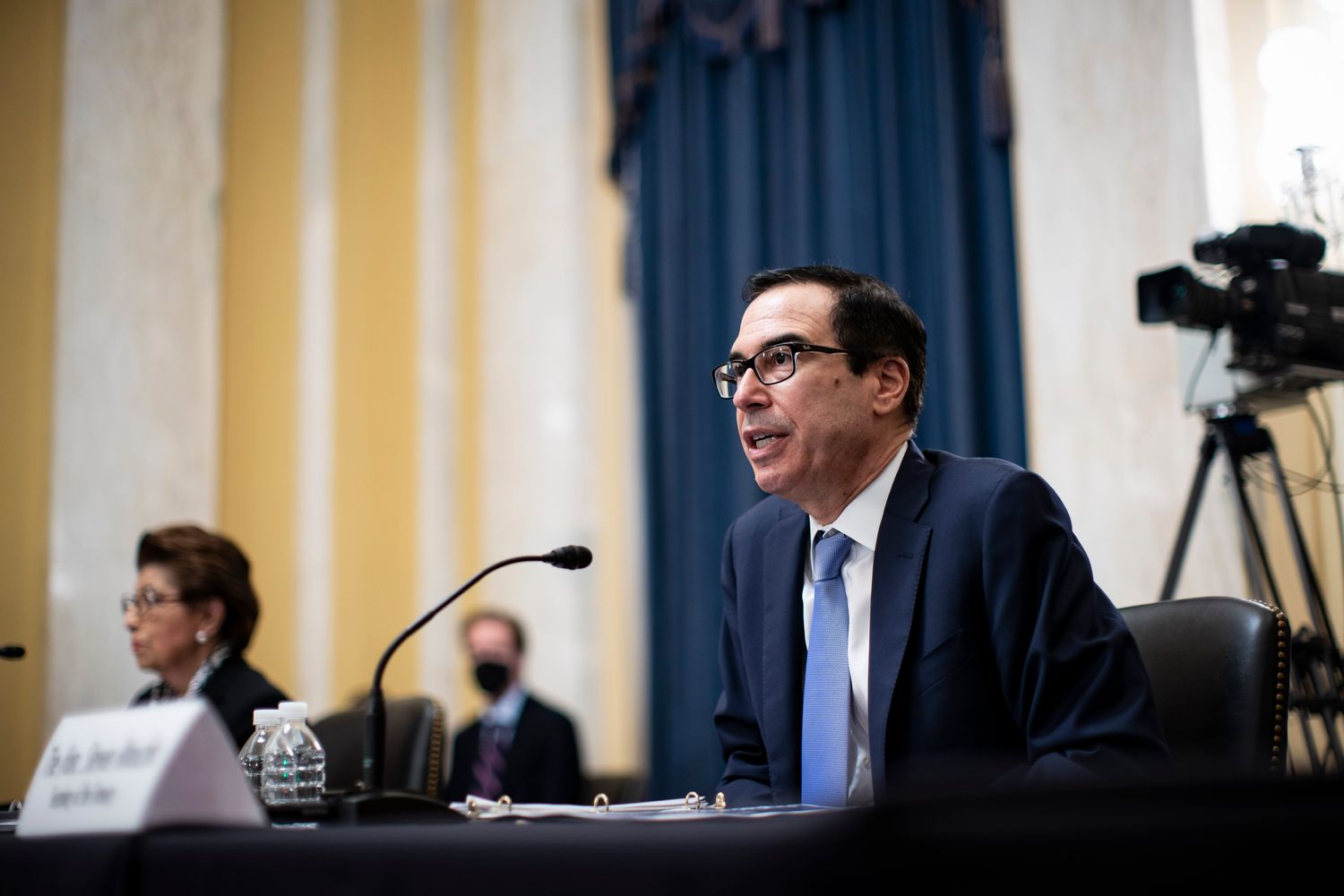 Republicans and Democrats have pressed the administration to disclose loan recipients in recent weeks, and Mnuchin’s refusal has created a new flashpoint in Congress’ oversight of the Trump administration’s use of coronavirus bailout funds. It’s fueling concerns that have dogged the program since its April 3 launch that too much of the aid is going to well-financed businesses that don’t need it.

“Given the many problems with the PPP program, it is imperative American taxpayers know if the money is going where Congress intended — to the truly small and unbanked small business,” Senate Minority Leader Chuck Schumer said Friday. “The administration’s resistance to transparency is outrageous and only serves to raise further suspicions about how the funds are being distributed and who is actually benefiting.”

A senior House Democratic aide said lawmakers need to know the information to assess whether the administration is “trying to hide bad decisions, and the true impact of the PPP program, especially in meeting the needs of underserved communities.”

Rep. Ben McAdams, a Utah Democrat who serves on the House Financial Services Committee, said “transparency, not secrecy, is the only way to keep faith with citizens that their money is getting to those for whom it was intended.”

“What part of ‘it’s taxpayer money’ does he not understand?” he said of Mnuchin.

The SBA has also withheld information from the Government Accountability Office, the watchdog agency that serves Congress. The GAO confirmed on Friday that it has received no information about when SBA will provide data the agency requested on the loans and the separate Economic Injury Disaster Loan program. Sen. Ben Cardin (D-Md.), the top Democrat on the Small Business Committee, said Wednesday he was “extremely disappointed” that the GAO was unable to obtain the data.

The pursuit of the information has been bipartisan, if unsuccessful.

But the question of disclosure has split Republicans in recent weeks.

In May, GOP lawmakers were divided over a bill on the House floor that would have required the SBA to identify businesses that received $2 million or more in Paycheck Protection Program loans and assistance under the Economic Injury Disaster Loan Program. Thirty-eight Republicans supported the bill and 146 opposed it, blocking the legislation from moving forward.

Rep. Steve Chabot (R-Ohio), the top Republican on the House Small Business Committee, rallied opposition to the legislation, raising concerns that the bill would name and shame businesses that followed the law.

Another concern is that the loans are calculated by payroll, potentially giving a business’ competitors an insight into its operation and revealing the salaries of sole proprietors and independent contractors. The Treasury Department did not respond to a question about whether Mnuchin would be comfortable releasing the information in another form.

“Loan level data with identifying information would risk disclosing proprietary data of millions of small businesses and the salaries of sole proprietors and independent contractors,” a Treasury spokesperson said. “We are fully committed to transparency while protecting sensitive information.”

“The GAO, the Inspector General, and government auditors should have access to the identities of the small businesses and nonprofits that received PPP funding and to the amounts and uses of their loans,” said Collins in a statement. “A general public release, however, would reveal proprietary information since unlike standard SBA loans, the amount of the PPP loan is calculated directly and solely as a percentage of payroll.”

“Shielding information about the PPP has no apparent purpose other than perhaps to protect you or the agencies from having to answer to the American people,” they said. “It is impossible to know the extent of the PPP’s problems — or its successes — without access to the data.”