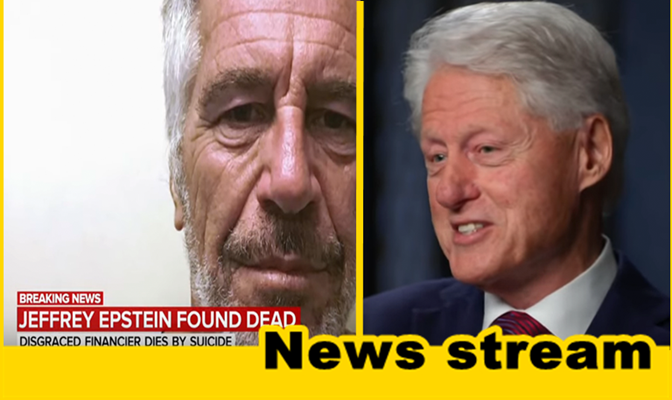 Social media is buzzing with anger over disgraced pedophile Jeffrey Epstein’s suicide occurring after he was taken off suicide watch, and the number of high profile individuals that this may help exonerate.

Died of SUICIDE on 24/7 SUICIDE WATCH ? Yeah right! How does that happen#JefferyEpstein had information on Bill Clinton & now he’s dead

I see #TrumpBodyCount trending but we know who did this!

The 66-year-old Epstein, who was accused of sex trafficking minors, died at the Metropolitan Correctional Center in New York City. He was transported to the New York Presbyterian-Lower Manhattan Hospital and was dead on arrival, officials said.

The Federal Bureau of Prisons confirmed that the FBI would be investigating the death.

Murdock told “Fox and Friends” Saturday morning that the shock death raises questions about how Epstein, who was already once found in his cell with thumbprints on his neck, ended up dead.

“Apparently he was supposed to be on suicide watch. Given how high profile a suspect he is, you’d think there would be a doctor in there …. and cameras and lights to make sure nothing like this happen,” he said.

“The fact he was able to either commit suicide or somebody got to him – who knows what happened because so little information here – it is amazing.”

The death comes two weeks after the 66-year-old was placed on suicide watch after he was found nearly unconscious in his cell with injuries to his neck. At the time, it was not clear whether the injuries were self-inflicted or from an assault.

The New York City medical examiner’s office told Fox News that an autopsy is pending to determine the cause of death.

Murdock notes that an investigation will have to answer “what really happened at that cell” and what was the exact cause of his death. “I’m very curious to see the autopsy results,” he said.

Murdock added: “The bigger ongoing question is these people accused of being involved in [Epstein’s crimes] … do they just walk or do the prosecutors go after those people?”