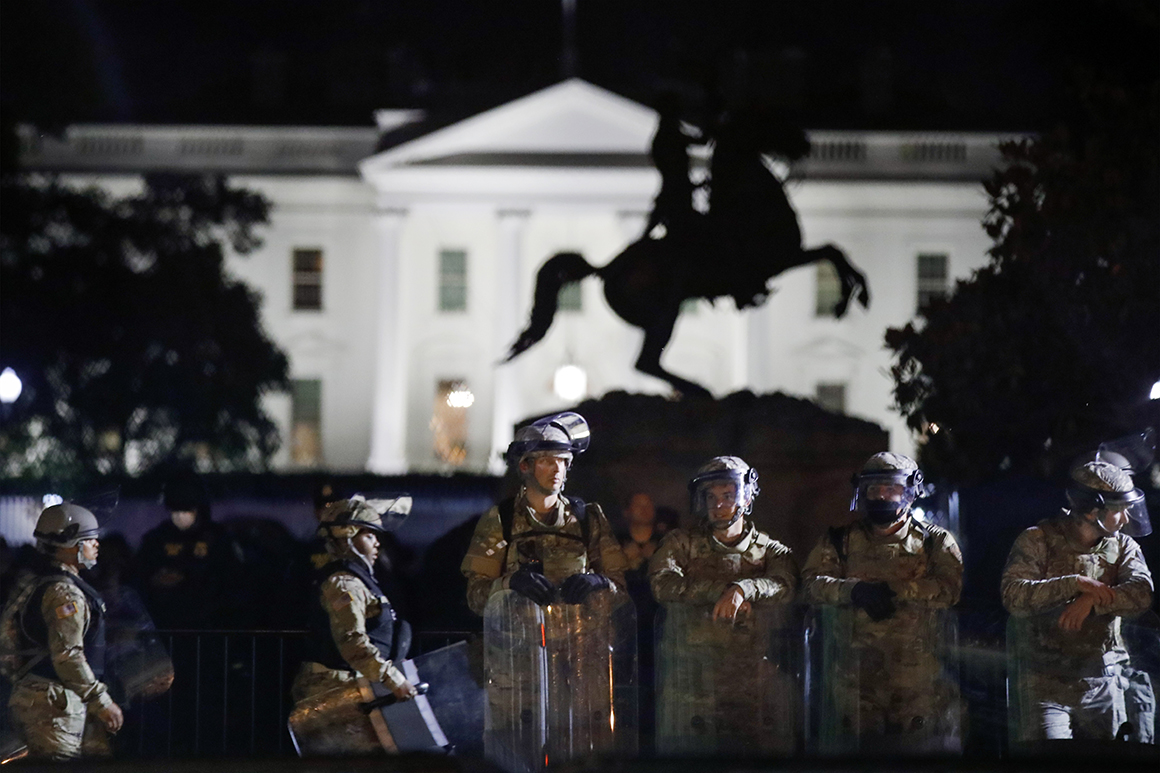 “I hold all members of the District of Columbia National Guard to the highest of standards,” Maj. Gen. William Walker, DCNG commanding general, said in a statement.

President Donald Trump activated the nearly 1,300 D.C. National Guardsmen on Monday to help local law enforcement respond to the protests, and on Tuesday governors sent an additional 1,500 Guardsmen from other states.

Gen. Joseph Lengyel, chief of the National Guard Bureau, stressed the difficult and delicate mission the Guard faces in helping tamp down the protests, noting that the Guard members “live and work and are from these communities.

“The civil unrest mission is one of the most difficult and dangerous missions that we do here in our domestic portfolio,” Lengyel said. “Generally, this mission is an uncomfortable mission. They don’t like doing it.”

The units are on “heightened alert status” but have not yet been deployed in support of civil authorities, according to Pentagon spokesperson Jonathan Hoffman.

As of midday Tuesday, governors in 23 states and the District of Columbia have activated more than 20,400 National Guard members to assist state and local law enforcement in dealing with the protests. This is in addition to the 42,000 Guardsmen in all 50 states, three territories and D.C. who are supporting the Covid-19 response.