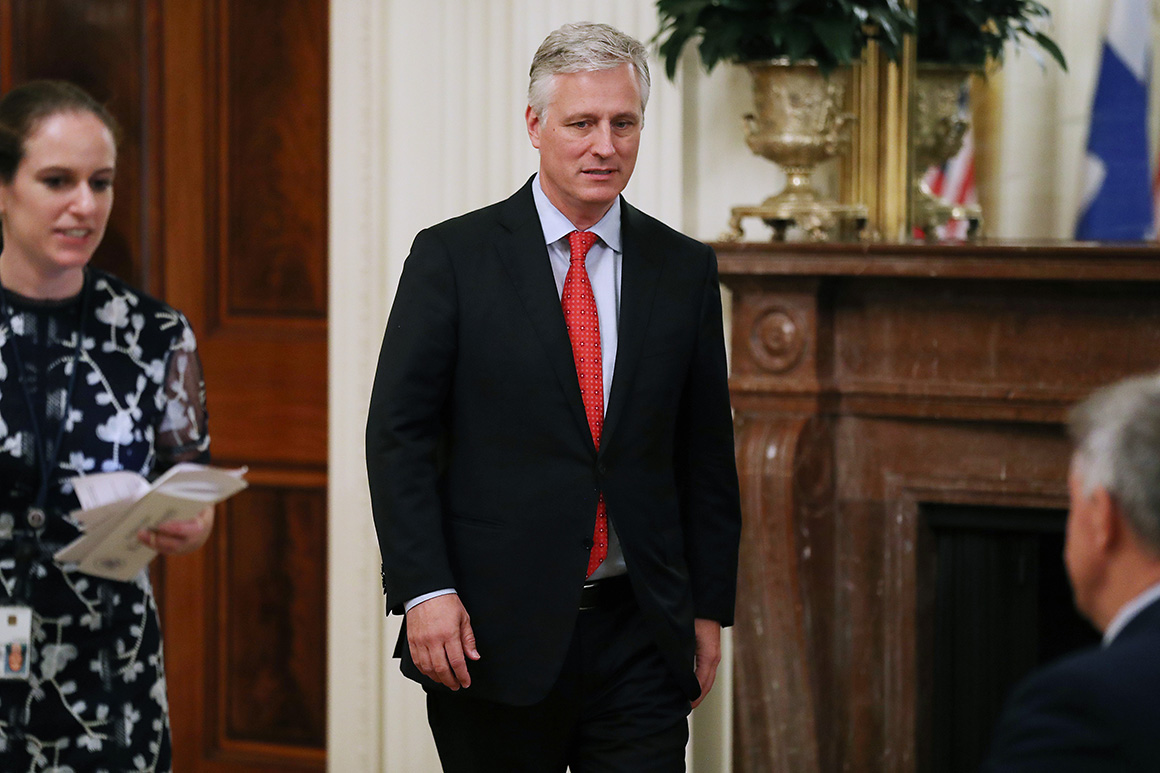 Gallagher was acquitted in July of murdering a wounded teenage prisoner of war in Iraq but was convicted of posing with the corpse, and he was subsequently demoted. In November, Trump undercut military leadership to ensure Gallagher maintained his rank and his SEAL status, tweeting that he “was not pleased with the way that Navy Seal Eddie Gallagher’s trial was handled by the Navy.” Earlier this month, Gallagher and his wife visited Mar-a-Lago to present Trump with an unspecified thank you gift.

The New York Times obtained video interviews — part of Navy investigative materials pertaining to Gallagher’s prosecution — of members of SEAL Team 7 Alpha Platoon portraying their former leader in a troubling manner: “The guy is freaking evil.” “The guy was toxic.” “You could tell he was perfectly OK with killing anybody that was moving.”

Platoon members also accused Gallagher of shooting a 12-year-old and discussed rumors of him attacking civilians.

O’Brien on Sunday said the videotaped platoon members were part of “a selective group of SEALs” and there were many others who supported Gallagher and appealed to the president on his behalf.

There was an investigation, O’Brien said, and the president decided “we’re going to stand behind our warriors.”

“We put these men and women in very tough situations. And I think the president took that into account.”