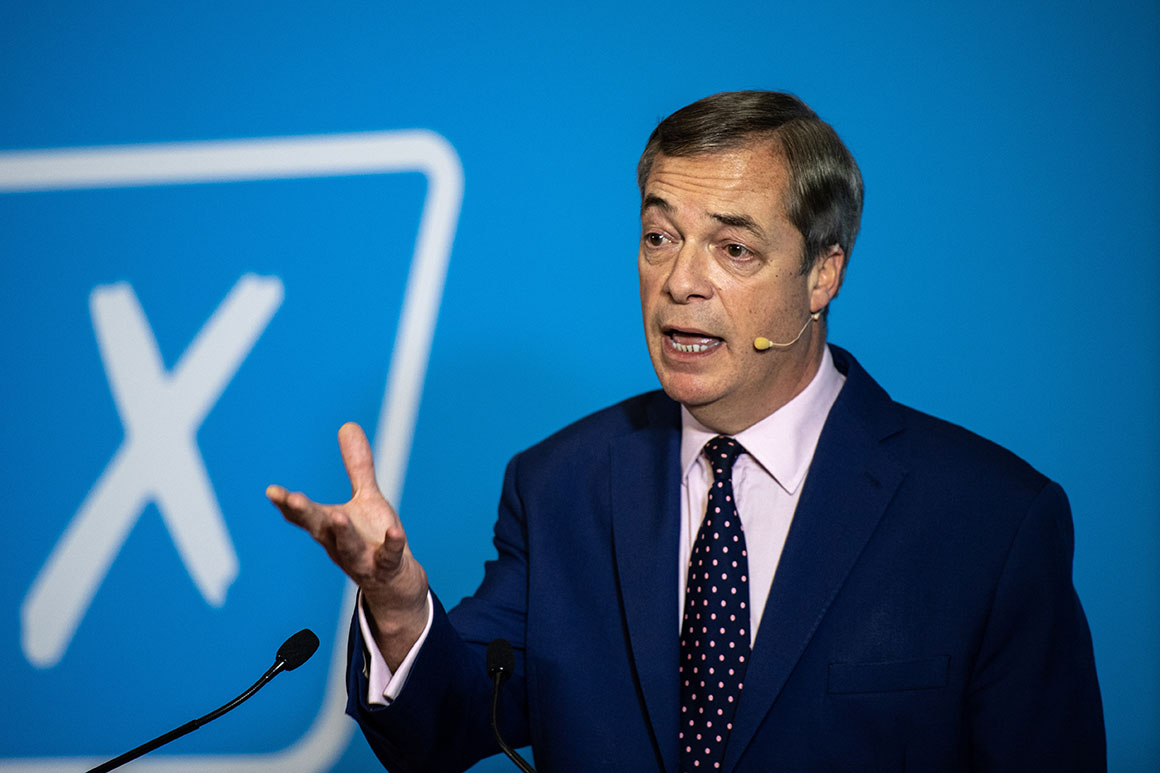 Senate Republicans on Wednesday will hear from British firebrand Nigel Farage and Brad Parscale, President Donald Trump’s campaign manager, as the GOP gears up for a brutal fight to protect their Senate majority, according to three people familiar with the matter.

The Republican conference will meet at the National Republican Senatorial Committee to hear from Farage, a leading British advocate for Brexit, at their daylong retreat. Farage was invited by Sen. Mike Lee (R-Utah), who hosts the regular Wednesday GOP Steering Committee lunch.

Parscale will brief Senate Republicans on the state of the presidential race. Rich Thau will also discuss the Swing Voter Project during the day’s GOP meetings, which were organized by Wyoming Sen. John Barrasso, the No. 3 Republican leader.