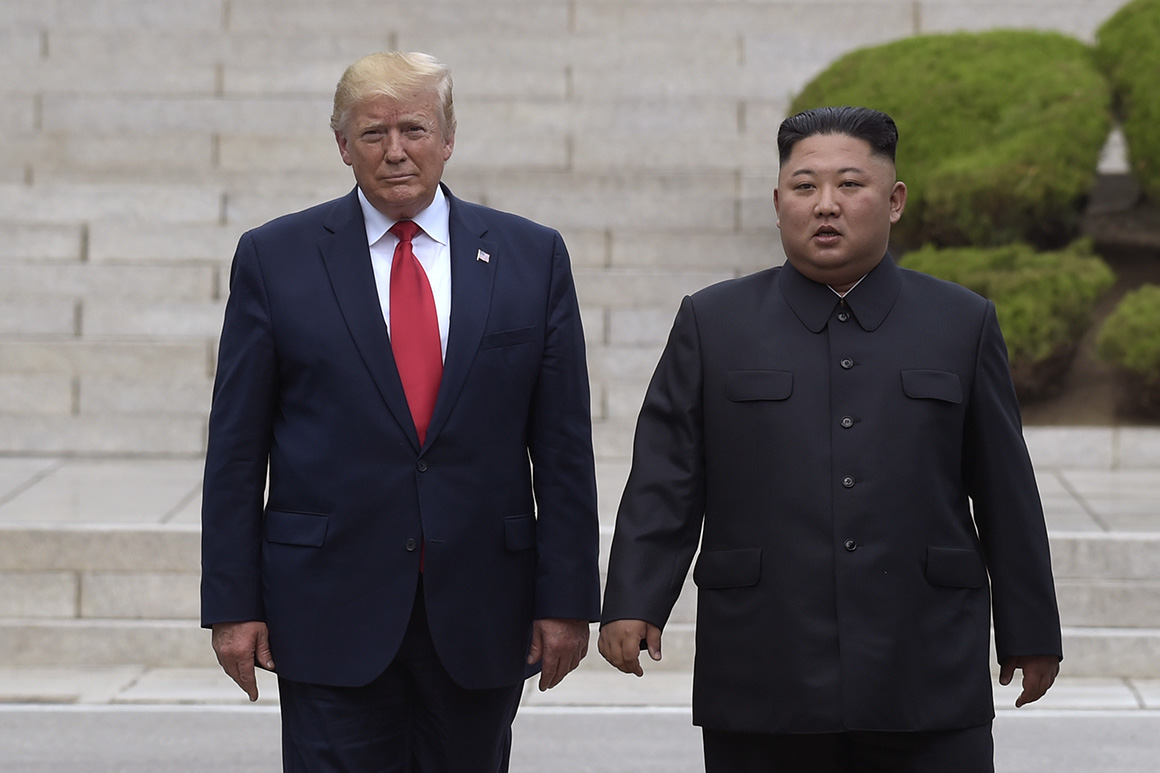 It said it would examine why the U.S. leadership released “the ungrounded story” to the media.

“The relations between the top leaders of [North Korea] and the U.S. are not an issue to be taken up just for diversion nor it should be misused for meeting selfish purposes,” the statement said.

Kim and Trump have met three times and exchanged letters and envoys on many occasions since 2018, when they began talks on North Korea’s nuclear weapons program. The two leaders have built some personal relationships, and Trump once said that he and Kim “fell in love.”

The nuclear diplomacy has made little headway since the breakdown of their second summit in Vietnam in early 2019, when Trump rebuffed Kim’s calls for sweeping sanctions relief in return for a partial denuclearization step.

At the time, Kim’s sister and senior official, Kim Yo Jong, said that Trump’s letter showed how special the relationship between the two leaders was, but that it wasn’t a good idea to be optimistic about the prospects for bilateral relations between their countries. A senior Trump administration official confirmed that Trump sent a letter to Kim, saying it was consistent with Trump’s efforts to engage world leaders during the pandemic.